Adaptive reuse—refitting old structures for new purposes—is proliferating throughout the Hudson Valley, providing proof positive that the region is in the midst of a resurgence. The pipeline of redevelopment projects seems as endless as it is diverse. Think: Walkway Over the Hudson (an 1888 steel cantilevered railroad-bridge-turned-state-park), Safe Harbors of the Hudson (the 19th-century Hotel Newburgh-turned-single-room-occupancy-hotel-turned-affordable-housing, gallery, and theater space in Newburgh), the Lace Factory (a turn-of-the-century industrial-site-turned-artists’-housing in Kingston), the Roundhouse at Beacon Falls (an early 19th-century textile-mill-turned-machine-shop-turned-dye-factory-turned-hotel, restaurant, and events space), Stone Barns Center for Food and Agriculture (a 1930s dairy farm-turned-agricultural think  tank, organic farm, and five-star restaurant in Tarrytown), or the Basilica (an 1880 railway-wheels-forge-and-foundry-turned-glue-factory-turned-market-and-events-space in Hudson).

The latest addition to the regional adaptive reuse list is a phenomenon that originated in New York City: Smorgasburg, the Brooklyn foodie extravaganza, is launching its first upstate venue in Kingston on August 6. Founded by renowned real estate developers Jonathan Butler and Eric Demby in 2011, Smorgasburg attracts approximately 10,000 visitors to the Williamsburg waterfront every Saturday.

Besides Smorgasburg, which has expanded to Prospect Park’s Breeze Hill on Sundays, Butler and Demby have also started up several other wildly popular venues in New York City. Brooklyn Flea, founded in 2008, is held in Ft. Greene on Saturdays and DUMBO on Sundays, and Berg’n, a 9,000-square-foot beer hall that’s open six nights a week, is housed in the former Studebaker Service Station in Crown Heights, which the duo bought and turned into a studio and office space with a permanent food court.

With Smorgasburg and Brooklyn Flea events starring among New York City’s weekend attractions, Butler and Demby could take their show on the road just about anywhere they choose—which in fact they are, with Smorgasburg also launching in downtown Los Angeles this summer. So it’s a huge credit to the Hudson Valley that the duo is launching a hybrid version of Smorgasburg and Brooklyn Flea—including about 75 vendors, half of them offering food and the other half selling vintage, contemporary design, and artisanal items—upstate. Hosting Smorgasburg is certain to attract other entrepreneurs to the Hudson Valley and bring the region a greater national focus. 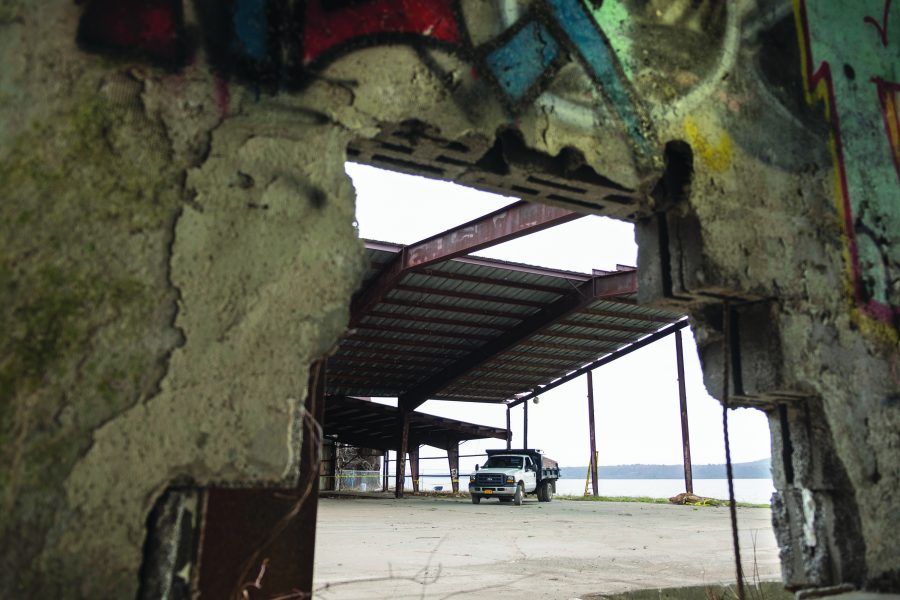 As I write, in early May, just before press time, Butler and Demby are readying Smorgasburg’s Hudson Valley site—the dilapidated Hutton Brickyards at Kingston Point Beach—to accommodate the weekly venue, which will run through October. As anyone who’s ever visited Kingston Point knows, the rusty brickyards are a major eyesore, whether seen from the Point itself or from a boat out on the Hudson.

But Butler is undeterred. “First and foremost,” he says, what appealed to him and Demby “is the site itself.” Butler says they have spent a lot of time upstate over the years, and liked what they’ve seen. “We’re lovers of old architecture,” he says, “and we think that adaptive reuse is very on-brand with some of the things that we do, so to be involved with bringing back and repositioning this important, old industrial site was an extra incentive to get moving on an upstate project.”

Plus, there’s a significant convenience factor. “I think that [Kingston is] geographically very central to the whole food movement that’s going on upstate,” Butler says. “It’s easy to get to.”

But the biggest reason that Butler and Demby are taking a chance on the Hudson Valley is faith in the future of the region. Already, Butler notes, Smorgasburg has launched a slew of new food businesses in the Kingston area. “There’s clearly some kind of renaissance going on there,” Butler says. “I think it’s an interesting time to be getting involved in being a part of this, and hopefully being a factor in creating an economic and tourism revival.”