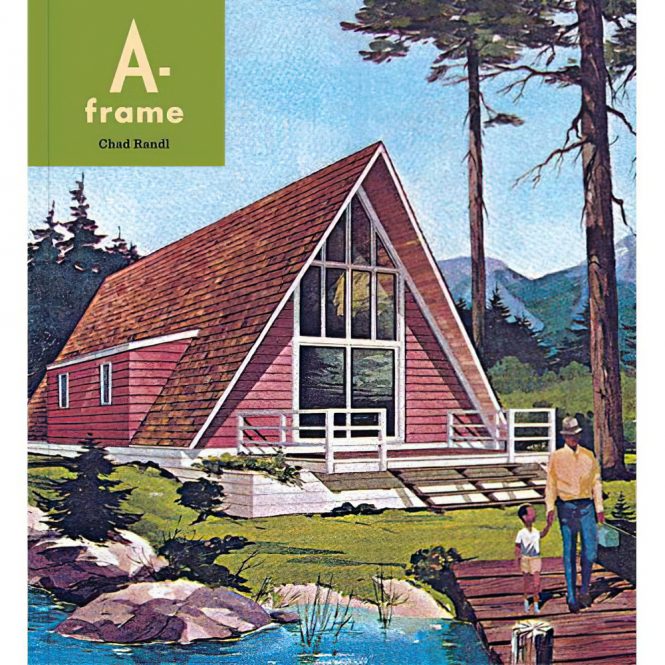 Are there advantages to a house without walls? Providing easier maintenance and simpler interior design, the A-frame home became popular in the 1950s as prosperous Americans expanded their footprints to include second-home living and flocked to these easy-to-build dwellings. Architectural historian Chad Randl charts this unique building style in A-Frame, which is lavishly illustrated with photographs and actual building plans. But the book’s best eye candy comes in the form of retro illustrations featuring A-frames from the 1950s to 1970s, including travel brochures, real estate advertisements—even the Fisher Price A-Frame Little People Play Family toy. Evolving from vacation homes, A-frames were also used commercially as motels and diners—most notably in early roadside eateries that culminated in the national chain of International House of Pancake (IHOP) restaurants. Another notable use was with churches, as the front of the A-frame becomes a perfect “frame” for the Christian cross. In fact, St. Gregory’s Episcopal Church on Route 212 in Woodstock is a good example of this dramatic design. After the 1970s, A-frames became somewhat cliched, but the style’s contributions to double-height living spaces and features like juttings, or cantilevers, cannot be overlooked. Another key advantage: As skiers and Alpine-dwellers have always known, there’s not a lot of snow to shovel off the A-frame’s roof.