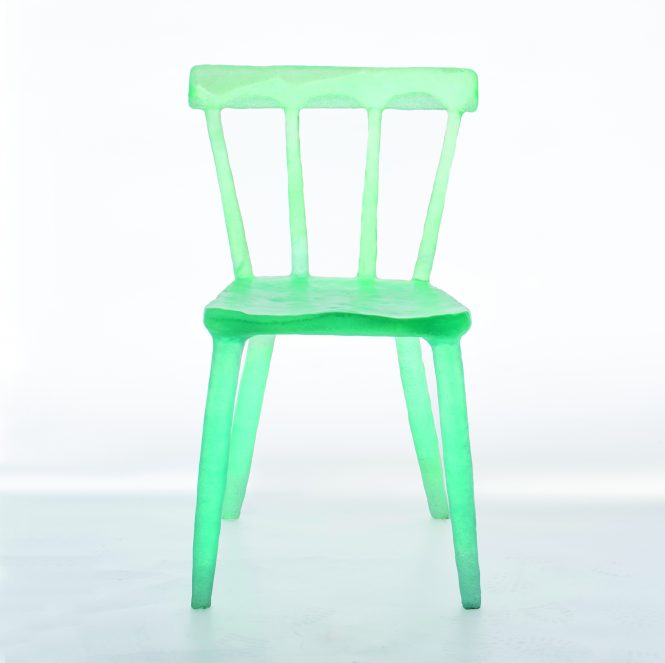 Kim Markel may have abandoned a career in environmental and public policy, but she’s still upcycling. Markel left the DC area to work at Polich Tallix fine art foundry (one of the largest fabricators of large-scale artworks in the US, and incidentally, where this year’s Academy Awards trophies were made), but eventually found herself working out of a studio in Beacon where she works at balancing style with environmentalism. Markel’s Glow series is a whimsical collection of candy-colored chairs, tables, mirrors, and vases coated with resin made  from recycled plastic from discarded eyeglasses and old lunch trays.