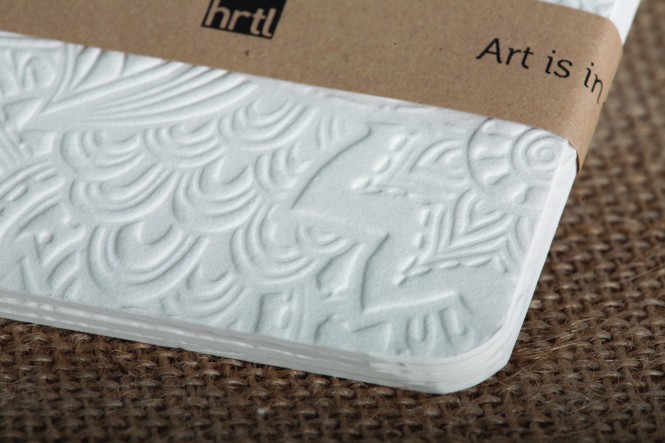 Markus Hartel apprenticed as a traditional typesetter in his native Germany and opened his own print shop there before heading to New York City to work as a photographer and designer for 13 years. Then he made his way to Broadway in Newburgh, where he saved a third-generation printer from closure by resurrecting its two Heidelburg Windmill letterpresses, one from the ’50s and one from the ’60s, and founded RagHaus. Today, Hartel is not only part of Newburgh’s resurgence, but he’s on a mission to keep the craft of printmaking from dying at the hands of digital technology. His handmade coasters and other paper products feature modern designs that are always offbeat, sometimes whimsical, and often humorous.