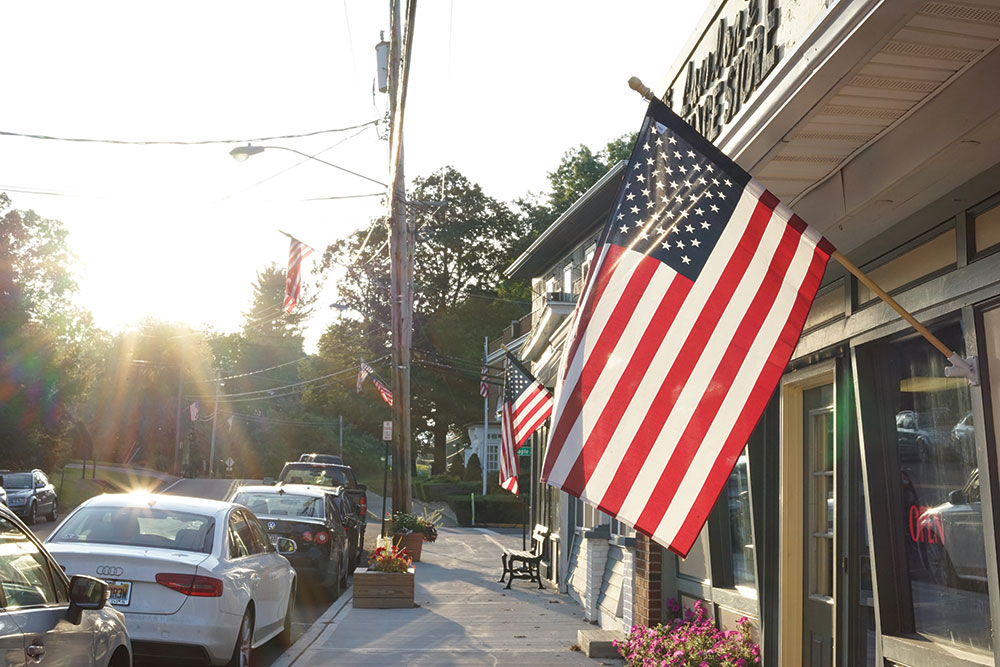 Transportation: By rail, the nearest Amtrak stations are in Rhinecliff (about a 20-minute drive) or Hudson (about 15 minutes). The main road through town is Route 9G; for major area thoroughfares, there’s the New York State Thruway across the Rip Van Winkle Bridge, or the Taconic State Parkway.

Nearest Hospital: Columbia Memorial Hospital in Hudson or Northern Dutchess Hospital in Rhinebeck; both are about 20 minutes by car.

Wedged between heavy hitters Hudson and Rhinebeck, fronting the Hudson River’s east bank in the southwest corner of Columbia County, Germantown seems at first to be sleepy, but its pulse is quickening. The hamlet’s two-block-long commercial district has been reclaiming a cluster of late-19th- and early-20th-century buildings along Main Street (County Route 8). “It’s the preserved Main Street, America, that Beacon and Hudson aren’t,” says marketing and branding professional Rachel Levine, who has split her time between Germantown and Brooklyn for the last five years.

“This town retains its rural charm,” agrees Paul Caccamo, the executive director of the nonprofit children’s organization Up2Us Sports, who bought a 1795 house in Germantown and moved there from New York City in 2016. “Other towns are really getting more like New York.”

Low-key, family-friendly Germantown maintains a distinctly rural character wherein the community ties run thick and the levels of pretension are refreshingly low. Down by the river—an access point for boating and fishing—dramatic Catskill Mountains views linger in the distance—the very same ones that inspired 19th-century landscape painter Frederic Edwin Church to build the Olana estate just a few miles to Germantown’s north.

Germantown’s major turning point in Colonial history took place in 1710, when Livingston Manor was settled by about 1,200 Protestant Palatines from Germany—hence the town’s name, with many of today’s denizens descending from this group. Since evolving from its agrarian roots to a residential community seeded with an influx of weekenders, Germantown’s new and thriving grassroots entrepreneurial scene has put it on the map. “People are making their dreams happen here,” Levine coos.

Anchoring the vibrant Main Street corridor is the nostalgic Otto’s Market, a neighborhood grocery, deli, bakery, cafe, and nerve center that’s been around since the 1920s (and was bought last summer by Back Pocket Pasta guru Colu Henry and friends), offers townsfolk local produce and artisanal products seven days a week. Across the street, the always-buzzing Gaskins corner restaurant earned the town culinary accolades when it debuted in 2015, with husband-and-wife restaurateur team Nick and Sarah Suarez turning out a seasonal dinner menu of locally sourced, classic American dishes (like the customer favorite, the grass-fed burger), served up in a rustic, country tavern setting.

The town is missing a dedicated bar, but that gap should soon be filled by the Central House Inn, a six-room hotel built in 1876 that was restored and reopened in 2011 following historic stints as a brothel, speakeasy, and assorted taverns. Proprietor Martin Lueck aims to revive the inn’s long-shuttered Prohibition-era bar (a onetime speakeasy run by local gangster Jack “Legs” Diamond) as a tavern serving drinks and small plates next spring. Also in spring, Lueck’s brother Mike will open Reana’s Roadside Diner north of the hamlet on Route 9G as an old-fashioned, all-American eatery set within a 1950s-era dining car. 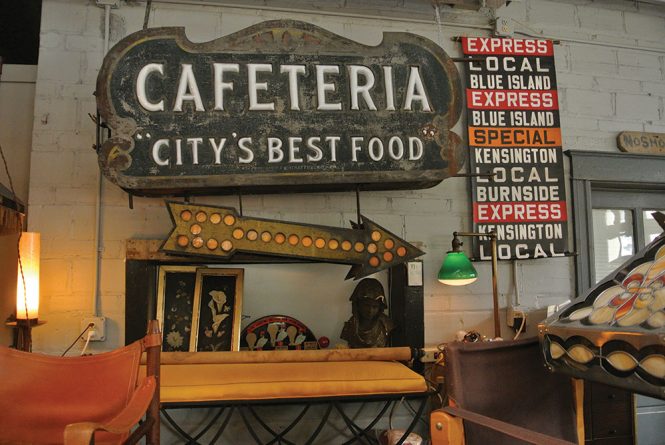 Inside Luddite Antiques, one of Germantown’s newest businesses.

For shoppers, a crop of new boutiques is reanimating Main Street. Alder East debuted in April as the East Coast outpost of Portland, Oregon-based Alder & Co., a purveyor of clothing, accessories, and housewares sourced from small-scale, high-end designers, along with hyper-local goods like the six-year-old Field Apothecary & Herb Farm’s herbal oils, tinctures, and teas, which are grown and packaged just up the road. Next door to Alder East is the 1.5-year-old, Brooklyn-transplanted Luddite Antiques, offering an eclectic collection of turn-of-the-century-to-1960s antiques from New England and New York State. Further down Main Street, furniture designer and woodworker Michael Robbins opened a showroom of custom-made wood furnishings in June; next door, Mary MacGill Jewelry, featuring original jewelry designs in gold and semi-precious stones, opened last fall.

On the cultural front, next to Gaskins is the Instar Lodge, opened last August, which is the brainchild of interdisciplinary artist Dawn Breeze. A creative hive, the center buzzes with rotating exhibitions, artistic workshops, and artist residency programs, all set within an atmospheric 19th-century building that once served as an Odd Fellows lodge.

Germantown’s median listing price is $252,325. About half of the houses in town were built before 1940, offering a noteworthy, though limited, stable of historic homes in varying states of preservation and renovation. At press time, there were roughly 20 single-family homes listed, mostly in the $240,000-to-$550,000 range. Priced at $535,000 is an eight-acre country cottage retreat, offering 1,548 square feet of living space that includes three bedrooms and a great room with cathedral ceiling and fireplace, and expansive grounds that feature a wisteria-coated deck, in-ground pool, pond, and English gardens.