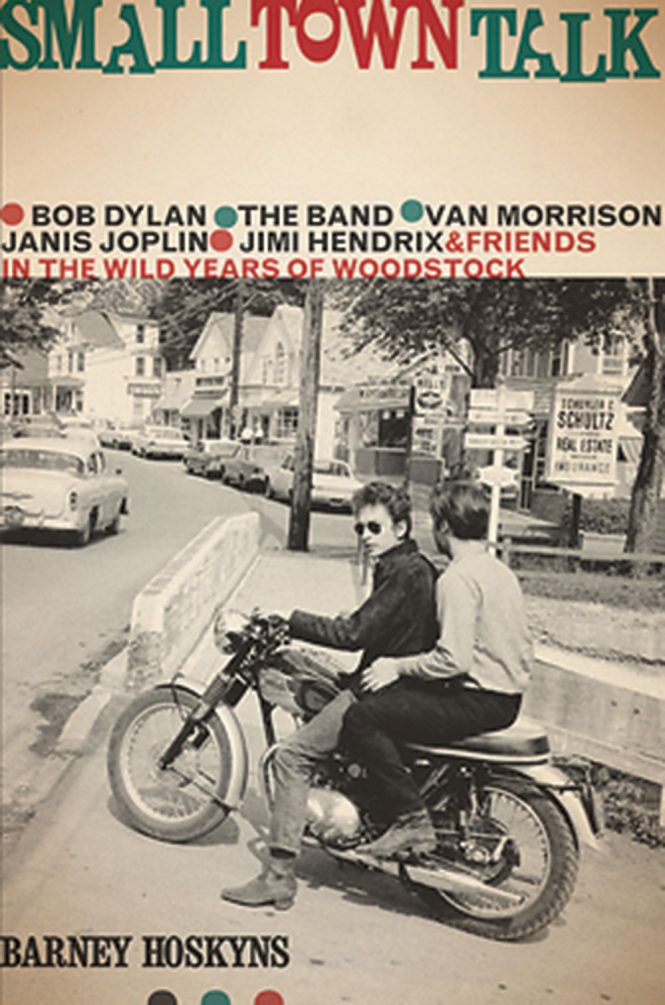 Talk about local interest: British music journalist Barney Hoskyns’s new book has been flying off the shelves at Woodstock bookstore The Golden Notebook, and Hoskyns just appeared at the Woodstock Writers Festival. As most fans know, that other festival took place in Bethel, a 60-mile hitchhike away. But 1969’s Woodstock was already a countercultural mecca and home to an impressive pantheon of musical gods (as noted in this book’s subtitle), along with a frisky supporting cast of of demigods, satyrs, and nymphs—along with controversial manager and entrepreneur Albert Grossman, whose shadow looms long over Bearsville. Whether you were here back in the day or just dig the original soundtrack, Hoskyns’ exhaustively detailed exploration of local sex, drugs, and rock ’n’ roll (not necessarily in that order) makes for juicy reading; vintage posters, album covers, and photos add curb appeal.