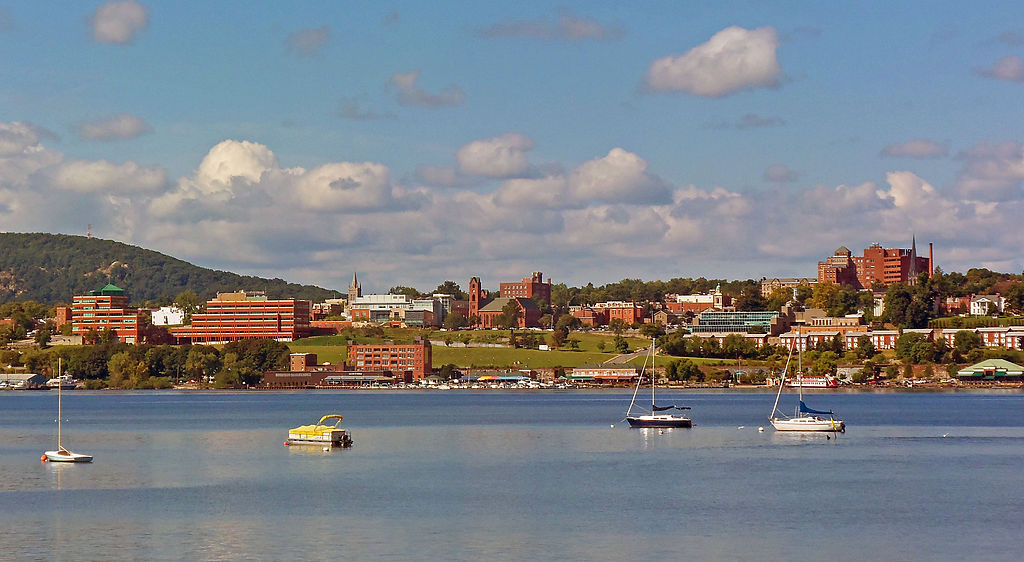 This just in from the Department of No Surprises: The Hudson Valley is a white-hot real estate market. We asked realtors to tell us what they think the hottest areas are right now and why.

Gary DiMauro, principal broker and owner of Gary DiMauro Real Estate in Tivoli, says that Rhinebeck has led the charge from the very beginning. “When you think of the quintessential Hudson Valley small town, the village of Rhinebeck comes to mind,” he says. “It has really come into its own in the last few years, partly because of the farm-to-table movement and so many great restaurants within just a couple of blocks. There is also the independent Upstate Films, the historic Beekman Arms hotel, and now the new Mirbeau Inn & Spa.”

Buyers can find listings on the market from $450,000 to $3 million. “This perfectly illustrates the diversity of our community,” he says. “Even in a hot town like Rhinebeck, there are still opportunities to purchase and it’s still a lot less expensive than some of the southern counties closer to New York City. Taxes are less expensive and the cost of homeownership is less expensive.”

According to Steven Domber, president of Berkshire Hathaway HomeServices Hudson Valley Properties in LaGrangeville, homebuyers are clamoring to live in Beacon. “People are fleeing from New York City and especially Brooklyn looking for a lifestyle change and wanting some room to move around,” he says. “Beacon is close enough to New York, and it just makes sense. There is also a strong demand now for little towns like Beacon, Woodstock, Rhinebeck, and New Paltz and this demand is still going strong.”

Home prices in Beacon have increased a little more compared to the rest Dutchess County because of this stronger demand. “Prices have gone up 10 to 15 percent since the pandemic and 25 to 30 percent over the past three years,” says Domber, who has also sold 14 townhome units at the recently completed River Ridge in Beacon in the last year. “One Beacon listing just sold for $685,000. We sold the exact same house for $397,500 three years ago.”

Amy Lonas, associate real estate broker with Coldwell Banker in Woodstock, says that Woodstock has been a hot commodity since before the pandemic. “Most people associate Woodstock with the concert, which is so far from reality, but this community offers a real spirit based in the arts, and the town is laid back and diverse,” she says.

Compared to New York City, Lonas notes that Woodstock is really a good bang for the buck. “Our inventory was low before COVID hit, so good deals are hard to come by right now,” she says, explaining that prices are up 30 percent over this time last year. “But even if you do buy it’s still a good value, even if the prices are up this year.”

“You can get a $300,000 home or a $2.5 million home here,” says Lonas. “If you’re looking for more value, you can go up a little further west to Olivebridge or up to Catskill, but the tradeoff is that we’re an hour and 45 minutes to the George Washington Bridge.”

When it comes to lifestyle, Lonas says that Woodstock is a town that offers great restaurants, galleries, and coffee shops. Each year, the film community flocks to the area for its very popular Woodstock Film Festival, now entering its 22nd year.

Jeffrey Lease, associate broker with John J. Lease Realtors, lives in Newburgh and loves its architectural splendor. “But that doesn’t get talked about much when people are looking for homes,” Lease says.

When it comes to home buying, Liberty Street, one of the oldest historic areas of Newburgh—where much of the inventory was in need of renovation—is seeing a well-deserved revitalization. “Liberty Street is a delightful Federal-style street in front of Washington’s Headquarters that is just abuzz with restaurants and shops and activity,” he says “We are seeing properties that I couldn’t have gotten $60,000 for five years ago getting north of $225,000 today,” he says.

For the outdoor enthusiast, Lease says that Newburgh is surrounded by conserved land. “Fifteen minutes south is Black Rock Forest, which is thousands of acres of open trails, and to the north is Mohonk Preserve and Minnewaska State Park.”

Lease says that Newburgh is also devoted to the arts. “I don’t think that there’s another town in the region that supports a symphony orchestra like the greater Newburgh Symphony Orchestra, and it’s absolutely smashing,” says Lease.

Newburgh also holds an annual chamber music festival and its popular summer Newburgh Illuminated Festival. “Newburgh has so much potential right now and what makes Newburgh unique is the different people and organizations that we have here,” he says.

When it comes to education, the Newburgh school district encompasses the town of Newburgh, the city of Newburgh, and the town of New Windsor says Lease. “So Newburgh is a fantastic experiment about mixing all different kinds of people from all different urban areas,” he says. “No district has the kind of social and economic diversity that we have within our school district.”

And last, but not least, is the development of the Newburgh waterfront. “The waterfront is spectacular and is inhabited with a lot of family-owned businesses that are still here like Commodore Chocolatier and Torino, an Italian bakery, and Pete’s Hot Dogs, which has been here for more than three generations,” he says.

Barbara Carter, Real Estate Associate Broker with Century 21 Fine Homes & Estates Alliance Realty Group, sings the praises of Highland, a small town in Ulster County that sits right on the western end of the Walkway Over the Hudson, which attracts hundreds of thousands of visitors a year. “Home buyers are becoming more intrigued with Highland because of the Walkway, so it’s getting attention,” she says. “It’s a great location near many things to do and it’s an easy commute to New York, if the buyer needs to go into the city.”

A 1,400-square-foot, three-bedroom cottage on Plutarch Road exemplifies the competition for homes in the area. The three-bedroom two-bath single family home went on the market for $299,000 and sold for $365,000, a whopping $66,000 over the asking price.