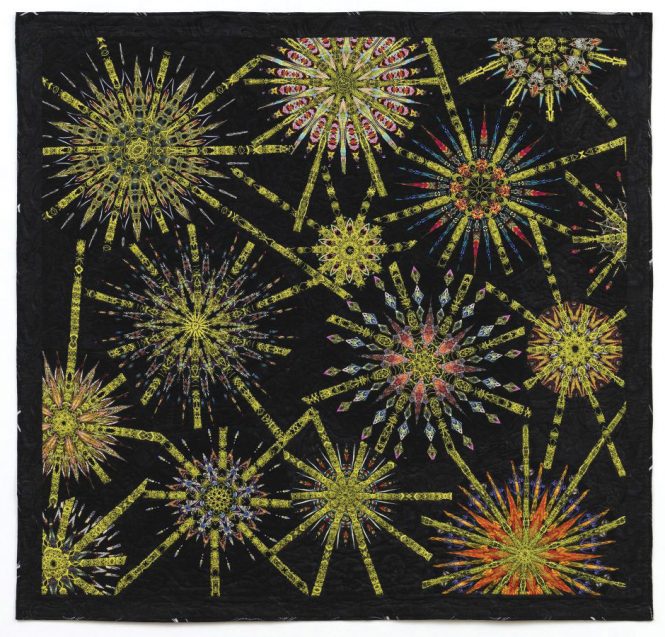 Before Paula Nadelstern discovered quilts, she considered herself “creative but not talented.” That was over 20 years ago. Since then, she’s won world renown for her intensely colored, intricate piecework quilts, created in a small space in her family’s two-bedroom apartment in the same Bronx neighborhood where she grew up. Working in a small space suits her art, she says; in fact, historians suggest that the traditional American block style of quiltmaking was born of cramped Colonial quarters. Her own innovative style is based on a pie-slice section. Grateful for finding her art, Nadelstern also believes in giving back. She teaches quilting and leads tours of the Garment District, introducing amateur quilters to the best suppliers.