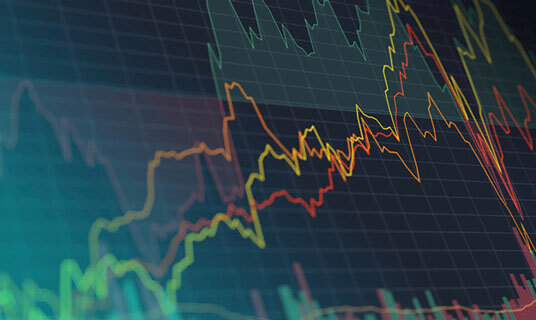 What goes up, must come down, right? Except when it continues to go up and up. When you’re watching the nation’s tumultuous economy and the insane housing market, there’s no other way to describe the action. It’s a spinning wheel of rising interest rates, inflation, skyrocketing housing costs and, let’s not forget, the cost of gas. As a result, Hudson Valley residents are probably wondering how long this will go on, what’s next and how this affects the decision to buy or sell a home.

We asked housing and mortgage experts to describe what’s happening, how long they believe this might continue, and what it means to the housing market in the next year.

A little background. In July, the Federal Reserve enacted its second consecutive .75 percentage point interest rate increase, taking its benchmark rate to 2.25%-2.5%. According to Chuck Meier, senior vice president and mortgage sales director of Sunrise Banks, the Reserve’s interest rate hike means that a homebuyer’s purchasing power is reduced. “A rise in interest rates of, for example, even 1-½ percent means the buyer is going to need to earn about $12,000 to $14,000 more per year to qualify for the same mortgage,” says Meier.

“However, when you look at the interest rates over the last few months on a 30-year-fixed rate mortgage loan, it has actually come down. It was up in the low sixes and now they are down to 5.75.”

However, add in the rising cost of gas and groceries and potential homebuyers might decide that their monthly budget is being stretched a bit too much to bid for their dream home. “Inflation results in it being more expensive for people to live because they are spending more money on gas and food and have less money to allocate toward housing,” says Steven Domber, president of Berkshire Hathaway HomeServices Hudson Valley Properties in LaGrangeville. “Hyperinflation is really what we have right now. As a result, people will stop spending, housing inventories will build up, and demand will slacken a little bit.”

A Quick Rise in Rates

How did we get here? During the pandemic, interest rates dropped, which made housing much more affordable. “Buyers don’t buy based on price, they buy based on monthly payment,” said Domber. “Raising interest rates tempers the demand. As more housing comes on the market, there’s less of a sense of urgency and buyers are waiting a little longer now because they want the right house.”

Moran says it’s really hard to predict how long this will last. “You have to increase rates to slow down the economy and to increase the supply of homes. But we are in a recession now, which is slow growth in the first two quarters, so interest rates should come down. However, we still need another two quarters to figure it out. By the first quarter of next year, things will be a little more stable.”

Domber agrees that the country is in a recession, albeit a mild one. “Not like what we saw in 2008 where markets collapsed, and there was a systemic collapse of our financial system,” he says. “Supply chains will straighten out and we’ll get back on track and have more normal growth for the next 10 years, but there are always going to be bumps along the way.”

Should you buy or sell a home now? Fortunately for homebuyers, Domber says that housing is still a good, safe investment. “If the rates change and plummet from five and a half percent, which is still a really good rate, you can always refinance,” he says.

His advice to those still searching the market? “Buy within your means, and put as much money down as you can and be prepared to move fast,” Domber says. “It’s still a seller’s market and I think it will be, at least through the end of this year.”

For sellers, inflation has helped to drive up their property values, a perk they are still enjoying. “We just came off the past couple of years with an extremely low interest rate, so many people were refinancing their homes, maybe taking out cash to consolidate debts, whatever it may have been,” says Moran.

If you’re on the fence as to buying a home because of rising interest rates, Moran agrees with Domber and says don’t wait to buy. “You just don’t know what will happen,” he says. “Rates could go up even more and you lose more buying power. Don’t wait to see if they will come down. Rates are still relatively historically very low, even though five percent is a bit of a shock to people. If you saved your money, you’re ready to go.”

The bottom line is that your decision to buy a home will come down to just that—your own bottom line. “With inflation, the buyers—and even renters—need to think about what they are comfortable with as a housing payment, with food and gas costs going up,” says Moran. “It’s definitely pushed a lot of first-time homebuyers who are mid to low-mid income to the sidelines of the market.”

Right now, even if buyers are still looking, they don’t have much to choose from. “Historically, the average market has four to six months of inventory listed and that dropped down to about a month to a month and a half’s worth of supply, which has driven the cost of homes up,” says Moran. “That, however, can’t be sustainable. The supply and demand has to balance out.”