Transportation: Durham is located 19.6 miles from the Hudson/Catskill exit on Interstate 87, and is a 32-minute drive from the Amtrak station in Hudson.

Nearest Hospital: Columbia Memorial Hospital in Hudson is 28 miles away; Albany Medical Center in Albany is 34 miles away.

Schools: Durham is served by the Cairo-Durham Central School District in Durham.

Nestled at the foothills of the northern Catskills, Durham is a captivating blend of town and country. It offers stunning vistas of the mountains and Catskill Creek Valley, and, on clear days, a five-state view  of Massachusetts, Vermont, Connecticut, New Hampshire, and New York’s Adirondacks. It’s a great place to own a motorcycle. Durham’s 21 miles of roads were designated a Scenic Byway “of extraordinary scenic quality” by the New York State Department of Environmental Conservation in 1991. The small town has a strong community and some of the Hudson Valley’s best-preserved Federal, Dutch Colonial, center-hall Colonial, and Greek Revival homes. There, kids can play outside safely, and adults can enjoy sophisticated farm-to-table dinners at a real working farm.

First settled around 1755 by Dutch settlers from Durham, Connecticut, the Town of Durham (which includes the hamlets Cornwallville, East Durham, South Windham, and Oak Hill) was officially named in 1805. Its early industries included leather tanning, wood, grain, and iron. By 1845, farming comprised about 88 percent of Durham’s total acreage, and by 1875 about 60 percent of the town’s families lived on farms. In the early 1900s, the town became a popular destination for New Yorkers traveling by rail.

Today, East Durham is a center of Irish tourism, thanks to its Irish Cultural Center, and the northern Catskills are known as the “Irish Alps.” Durham’s growing revitalization, abundance of natural and cultural activities, and increasing renown are attracting newcomers, especially New Yorkers, many of whom are restoring old properties or building new ones from scratch. Today, second homes are a driving force for the local economy.

Whether you’re standing in the center of Durham or wandering outside town, there is pastoral beauty—especially heading west on Route 145 to catch the sun setting behind the Catskills—and plenty of peace and quiet. In fact, the loudest noises to be heard are the occasional motorcycle in summer or snow removal truck in winter.

Durham is devoid of strip malls and supermarkets (the nearest are in Greenville and Cairo, nine and 12 miles away, respectively), and, except for a few blocks in East Durham and Oak Hill, there’s little walkable shopping. For essentials, East Durham offers the Lawyer’s General Store; on Route 145, Dean’s Mill carries pet and garden supplies, as well as winter clothing. The area’s post office is in Oak Hill, which is also home to Dope Jams, a used record store recently relocated from Brooklyn; the Dewitt Oak Hill, an art gallery and popular bed-and-breakfast; and I.U. Tripp & Co. Antiques and Collectibles, which is owned by the town historian. On Friday nights, residents and weekenders congregate at Mooney’s Auction, a full-service auction house, or head to Drive-In 32 for movies and a beer garden in nearby Greenville.

Durham gets livelier in summer, when tourists flock to its various festivals, including the annual Irish Cultural Festival, held on Memorial Day weekend at East Durham’s fairgrounds; Catskills Irish Arts Week, featuring Irish musicians, dancers, and artisans, in July; and the Grey Fox Bluegrass Festival, which draws thousands of visitors from all over the world to Durham every July. Outdoor activities include go-karting at Supersonic Speedway (open spring and fall too), water sliding at Zoom Flume Water Park, and horseback riding at K&K Equestrian Center.

Eateries are rare, but always charming: There’s Angel’s Café in East Durham, the Yellow Deli in Oak Hill, and the Bee’s Knees Café at Heather Ridge Farm, a culinary gem in nearby Preston Hollow, which offers year-round weekend brunches and a monthly supper club consisting of local meats and produce. 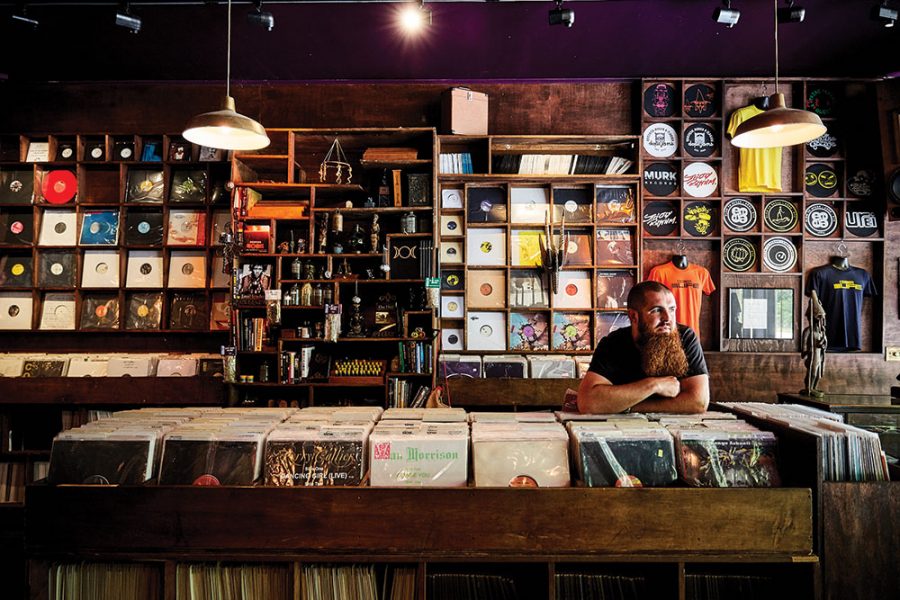 Durham presents a wide variety of properties perfect for a primary or second home. In July, there were 48 residential listings, ranging from a two-bedroom, one-bathroom, 800-square-foot single-family home on two acres for $30,000 to a five-bedroom, 4,820-square-foot home, with five full bathrooms and three half bathrooms, on 10.62 acres of scenic mountain views for $565,000.