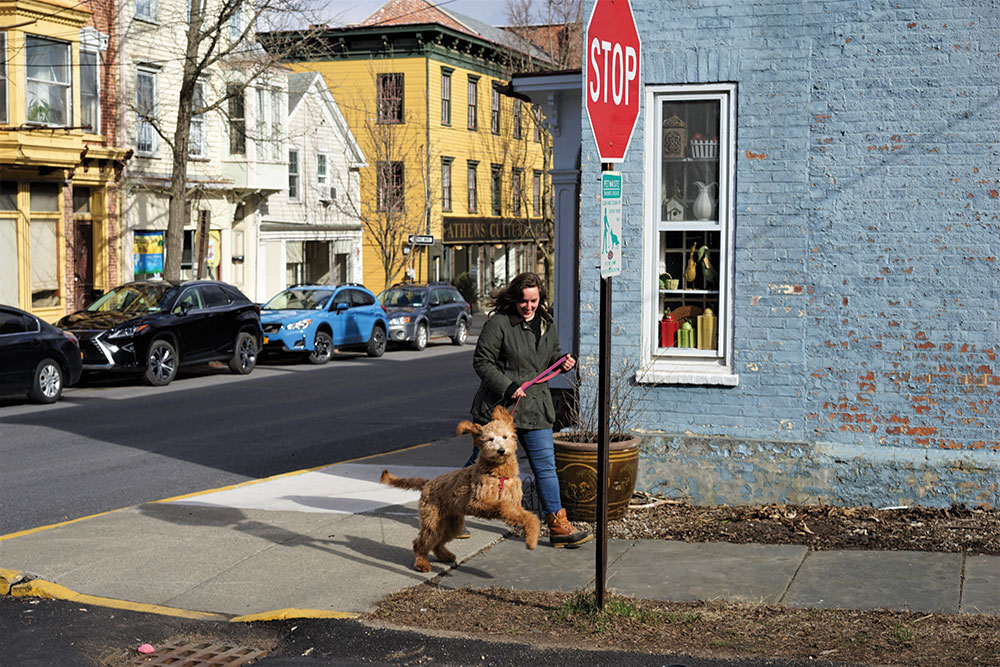 Perched on the eastern edge of Greene County, on the western banks of the Hudson River—just across the waterway from the much-buzzier enclave at Hudson—is the tiny waterfront village of Athens, NY. Incorporated in 1805, with Colonial history dating back to the late 17th century, oft-overlooked yet entirely agreeable Athens transports visitors with its easy waterfront access and hodgepodge of historic architecture. Some 300 structures spilling over two designated historic districts stand in testament to the greater town of Athens’ late 19th-century heyday.

Like many Hudson Valley towns, the rise of Athens is intrinsically tied to its river access, with today’s architectural richness a reflection of the town’s once prosperous river-tied industries like shipbuilding, brickmaking, and ice-harvesting. A river ferry service catering to industry and individuals alike emerged in the late 18th century; when the nearby Rip Van Winkle Bridge went up in 1935, the river port town’s boom was stifled, with major ferry service ceasing in 1947.

The great architectural remnants from this period remain, however, as does a desirable location. Well-positioned as a bedroom community for Albany (some 30 minutes north of here), Athens puts forth easy access to the Rip Van Winkle Bridge for a quick commute to Hudson’s Amtrak station and culinary/cultural establishments, as well as to the river for water play and the neighboring Catskills for mountain diversions.

Ronald Puhalski, 69, an agent for commercial illustrators, purchased an 1810 Federal-style brick house in Athens in 1999; in 2006, he evolved from a New York City-based weekender to a full-time resident. He emphasizes Athens’s location as its big draw. “One of the nice points of coming up to Athens, amongst many, is being able to take Amtrak to Penn Station every week,” he says. “It made it very convenient.” A hiking enthusiast, he also chose Athens for its “proximity to hiking, skiing, boating on the river,” adding that “being able to go off to the mountains and the Catskill Preserve, it’s a really great asset for Athens.”

Picturesque, laid-back, slow-paced—with the distinct promise of potential in the air—Athens is the kind of quiet upstate hideaway gem that’s harder and harder to unearth these days.

Most of the village’s attractions are set within an actual stone’s throw of another, sloping up from the waterfront on Water Street along the Second Street commercial artery. A remarkable collection of 19th- and 20-century architectural styles spills through the streets, with old Victorian, Greek Revival, and Federal structures housing businesses and residences catering to Athens’s creative-leaning community, an eclectic mix of writers and artists, entrepreneurs, and restoration buffs.

Their meeting ground is the Athens Cultural Center, an exhibition and performance space tucked inside a 19th-century mercantile building. Host to five annual art exhibitions showcasing regional and national artists, the center also puts on musical performances, and offers arts and writing workshops and classes for everybody from kids to seniors. 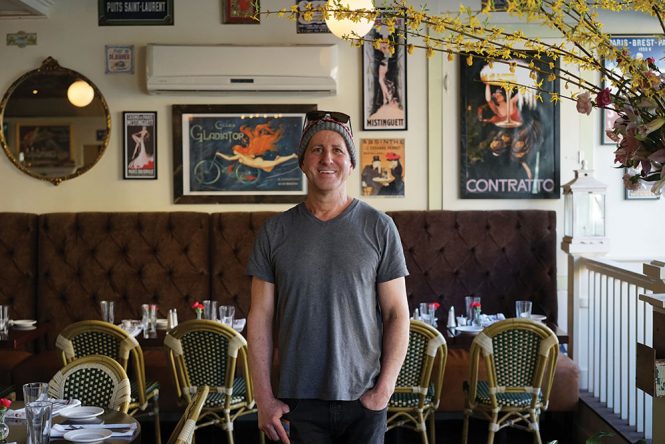 The pleasant Hudson River waterfront comes alive during the warmer weather. Athens Riverfront Park sets the scene with picnic tables, boating activity, and a free Friday-night summertime bandstand concert series (organized by the Athens Performing Arts Committee). The park also looks out onto the photogenic Hudson-Athens Lighthouse, set on a river isle. Completed in 1874, the still-functioning lighthouse is accessible via guided tours that run by boat from the park every second Saturday from July to October, in partnership with Hudson-Athens Lighthouse Preservation Society and Hudson Cruises. Hudson Cruises also ferries passengers between Athens and Hudson on 15-passenger pontoons on summer weekend evenings.

Next door, a riverfront, willow tree-shaded, garden bar serving cocktails and BBQ fare is run by the Stewart House hotel across the street, itself fresh from an extensive historical restoration in the hands of new ownership (the same family behind New York City’s recently shuttered Webster Hall). When it reopens in late May, the evocative property—touting history as an inn/eatery since 1883—is poised to offer nine newly spruced-up rooms (many with spectacular river views) along with a farm-to-table restaurant and a bar serving vintage cocktails and featuring live music; also in the pipeline: a general store-type retail space selling local foodstuffs, artwork, and more. 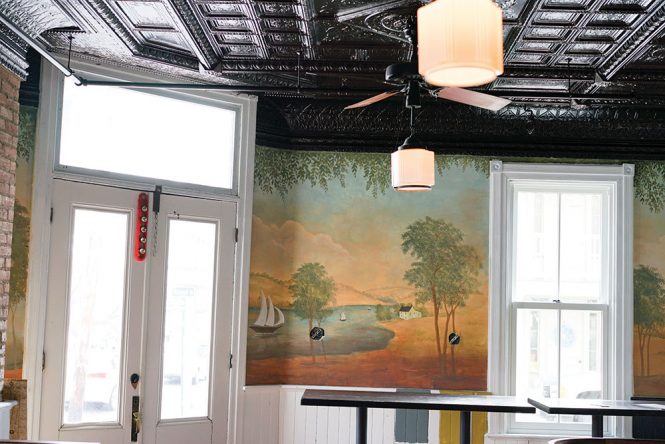 Inside the Stewart House hotel.

Also filling in a notable lapse in retail in town, Puhalski is slated to open Athens Antiques on nearby South Washington Street this summer, with an emphasis on midcentury pottery and what he tongue-in-cheekly dubs “dignified junk.”

A mile and a half up the riverfront is Hagar’s Harbor, a popular waterfront bar/eatery offering seafood, salads, sandwiches, and pizza, as well as live music on weekends; it’s just north of the state-run Athens Boat Launch. Also worth seeking out further afield is the gourmet farm store, bakery, and greenhouse at Black Horse Farms.

Sync up your visit with the annual Athens Street Festival (to be held on July 14), a community tradition since the ’70s that fills the village with rides, live music, a classic car show, food and craft vendors, a “paper hat parade,” and a fireworks finale.

The median listing price is around $220,000 in affordable Athens, where historic housing stock comes chockablock with potential for buyers with an eye for restoration—and who are able to move fast, as the real estate tends to turn over quickly. Athens attracts many second-home buyers from New York City, with more reasonably priced houses than trendier neighboring Hudson, and at press time, roughly 50 listings spanned bargain fixer-uppers and spruced-up Greek Revival, Victorian, Federal, and Colonial houses, some dating to the 19th century (and generally falling in the $150,000-to-$300,000 range), as well as more contemporary homes set within the Sleepy Hollow Lake private lakefront residential community (listing well upwards of $200,000). A renovated, 1,738-square-foot, three-bedroom Victorian in the village, dating to 1860 and featuring hardwood floors and a country kitchen, was recently listed at $189,000.