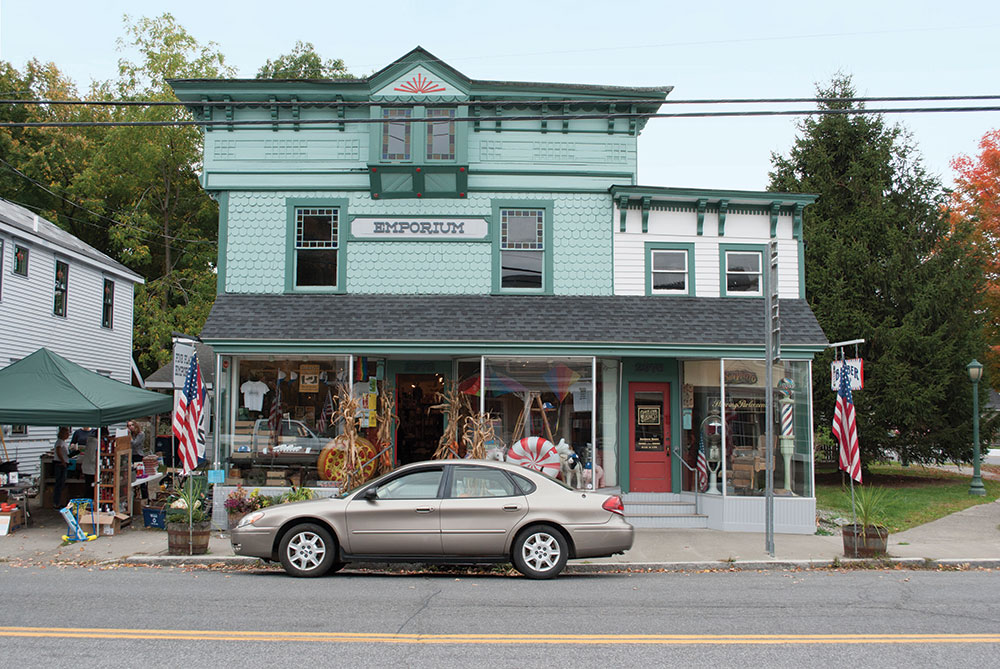 Transportation: Pine Plains is accessible from the Taconic Parkway’s Willow Brook Road exit, 8.4 miles away, and by train from the Rhinecliff Amtrak station (30 minutes away) and Poughkeepsie Metro-North station (40 minutes away).

Pine Plains has only one traffic light. Its tiny commercial district is grouped around its main intersection, set in the midst of a rural landscape dotted with farmhouses and fields. The hamlet’s shops are small, the townspeople are friendly, and the stars are visible at night—the usual attractions of country life. But scratch beneath Pine Plains’ charming surface and you’ll find a robust community that’s on the upswing.

The hamlet began as a settlement town for Protestant Moravians on a mission to convert the Mahican village of Shekomeko in the mid 1700s. The mission would have disappeared into the mists of history had it not been for a pilgrimage to the Shekomeko site a century later by another group of missionaries who settled in for the long haul. With wide-open spaces aplenty, horse farms became ubiquitous in Pine Plains.

By the early 1900s, Pine Plains was flourishing thanks to its location at the juncture of three rail lines on the Central New England Railroad, smack in the center of Dutchess County. In 1907, the 3,250-acre dairy Briarcliff Farms moved from Westchester County to Pine Plains, from which milk was delivered via rail to New York City. Sold in 1918 to a cattle farmer, Briarcliff Farms became renowned for its Angus beef and flourished until 1983, when the farm was finally sold to the Mashomack Polo Club.

The waning of the railroad system in the 1930s ended Pine Plains’ existence as a bubbling transportation juncture and saw the area reverting back to its rural roots, tucked away, hidden from view. But something happened in the early 2000s: City folks, priced out of the boroughs, began to unearth the historic hamlet, shining a light on a vibrant community that maintains a strong connection with its past.

Pine Plains’ heart lies at the meeting of North and South Main Streets and East and West Church Streets, where a cluster of well-preserved Victorian, Colonial, and Federal-style storefronts have been gracefully updated. The hamlet’s businesses are surprisingly abundant, given its population of only 1,500. The Pine Plains Platter, a beloved eatery, is housed in a remade ca. 1856 shingled Victorian. Across the street, the ca. 1700s Stissing House is a popular food and drink spot, offering French flair, burgers, and pizza. Isabel’s Kitchen provides juices and smoothies, while Peck’s Market keeps everyone in groceries. A mural depicting an ND&C Railroad locomotive adorns the side of Peck’s on East Church Street, announcing the town’s roots to visitors. At the ca. 1879 Chase Dry Goods building, now home to the Pine Plains Emporium, the sage green façade has been meticulously maintained, making it hard to resist a peek into this old-fashioned general store packed with locally made goods along with antiques and collectibles.

Just east of town, Hammertown Barn specializes in unique, upscale home goods, including furnishings, lighting, kitchen items, collectibles, and gifts. The barn is the creation of Joan Osofsky, the well-known designer and author who put Hudson Valley home style on the map. On the west side, a Prohibition-era distillery, Dutch’s Spirits at Harvest Homestead Farms, offers handcrafted spirits made on the grounds of infamous gangster Dutch Schultz’s bootleg operation.

While rural Dutchess County isn’t exactly known for its frolicsome nightlife, civilization is nearby. The villages of Rhinebeck and Red Hook are less than 30 minutes to the west. Millerton and the Connecticut border are 15 minutes to the east. And the Taconic Parkway makes for an easy two-hour drive to New York City.

Pine Plains is a great place to land if you’re outdoorsy. The Berkshires, Stissing Mountain Loop, and the Taconic State Park provide hiking opportunities. The area is also known for its longstanding wineries, including Millbrook Vineyard, Clinton Vineyards, and Cascade Mountain Winery. 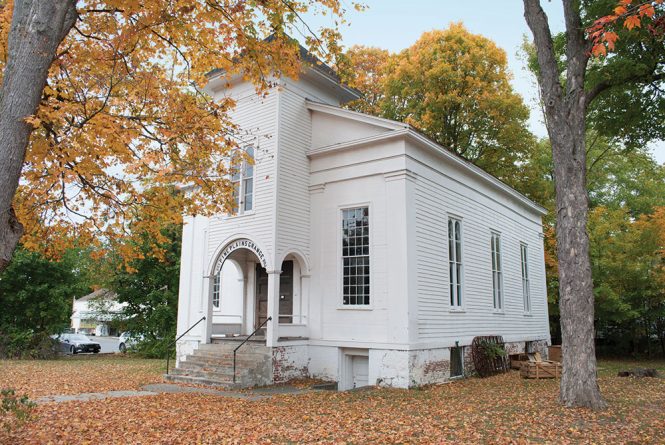 Pine Plains’ residential real estate market reflects its tiny size. Equestrian farms priced at $1 million or more make up nearly a quarter of the inventory. But there are plenty of family homes priced from $200,000 to $400,000, ranging from two to four bedrooms and from 1,000 to 3,500 square feet. Five-figure properties are few. But there are 24 lots of land for sale, ranging from $5.5 million for a 212-acre farm to a half-acre in town for $35,000.