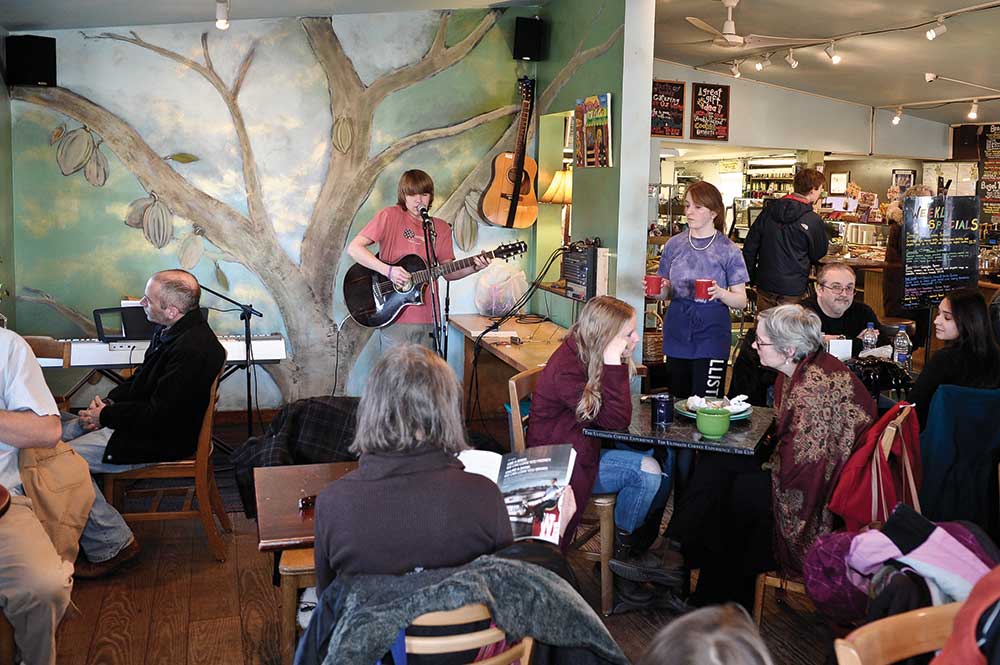 Transportation: From the Taconic, take the exit for Route 199/Red Hook, or Exit 19 from Route 87 and across the Kingston-Rhinecliff bridge. The Amtrak station is eight miles south in Rhinecliff and the Metro-North train stops in Poughkeepsie, about 35 minutes away. The Dutchess County LOOP bus travels from Poughkeepsie.

One of the most charming things about the Village of Red Hook is that it’s not overly charming. Sure, it’s got a mostly intact and walkable downtown, with close-knit Italianate and Second Empire Victorian two- and three-story buildings. And, yes, a few new businesses that maintain a patina of hipsterness have opened in recent years: There’s Get Juiced, an artisanal juice bar, and Tivoli Mercantile, which sells hand-printed sweatshirts and wooden toys.

But there are some decidedly nonartisanal spots that have remained: the beloved Williams Lumber, a 3,000-square-foot hardware store in the center of town, and the historic Village Diner, an original 1920s rail car diner. An Xtramart gas station, situated at the village’s main intersection of Routes 9 and 199, keeps the town from trending toward the quaintness of Rhinebeck.

The Town of Red Hook, which includes hamlets like Barrytown and Tivoli, is different from the village, though they bear the same Dutch name. Red from the fall leaves and Hook (from “hoek,” the Dutch word for peninsula) from Cruger’s Island in the Hudson. In prehighway times it benefited from being bisected by Albany Post Road, the main drag of the day, and, like many Hudson Valley towns, had a variety of industrial activities that gave way to agricultural ones. It’s now a hotbed of dairy farming and fruit-growing.

The dining scene in the Village of Red Hook is surprisingly robust given its size: The population 1,951 was in 2012. There is a selection of ethnic food, including Tello’s Green Farms, which serves Latin fare, and the Red Hook Curry House, as well as finer dining spots like Mercado. The town’s cafés, which have been taking root in folksy Victorian houses down the street from the gas station, are often filled with students from Bard College in nearby Annandale. Like many Hudson Valley towns, Red Hook lacks diversity; at last count, it was almost 90 percent white.

Red Hook’s movie theater offers discount tickets to studio movies, while those looking for art films head over to Upstate Films in Rhinebeck or the many cinematic and cultural offerings at Bard College. It’s a family-oriented town, with community events like Winterfest, which features caroling, hay rides, and tree lighting, and Hardscrabble Day, a community street festival with offerings that range from rock music to well-stocked farm stands.

What draws people here, besides the reputation of good schools, is the affordability, the small-town life, and the safety. The crime rate was 92.5 in 2012, compared to the national average of 265.8; almost all of that was theft, with no murders, rapes, or arson.

Red Hook remains a reliably affordable place. As of this writing, the average listing price for the Town of Red Hook (there was no data for just the village itself) was around $350,000 (though that was almost $30,000 more than the week before); that includes riverfront mansions. But in the village itself, there was only one property for sale over $500,000, a $990,000 subdividable lot geared toward developers. The 12 other homes for sale (including four foreclosures) were almost all well below $300,000.

It’s got a sturdy housing stock. As you head outside of town, there are more ranch houses; in town, there are the Victorians or modestly sized eyebrow cottages. The further outside the village, the more diversity of home styles, sizes, and prices. Per the website City-Data, property taxes in 2012 were fairly reasonable: $5,778 for homes with mortgages and $4,750 for those without.