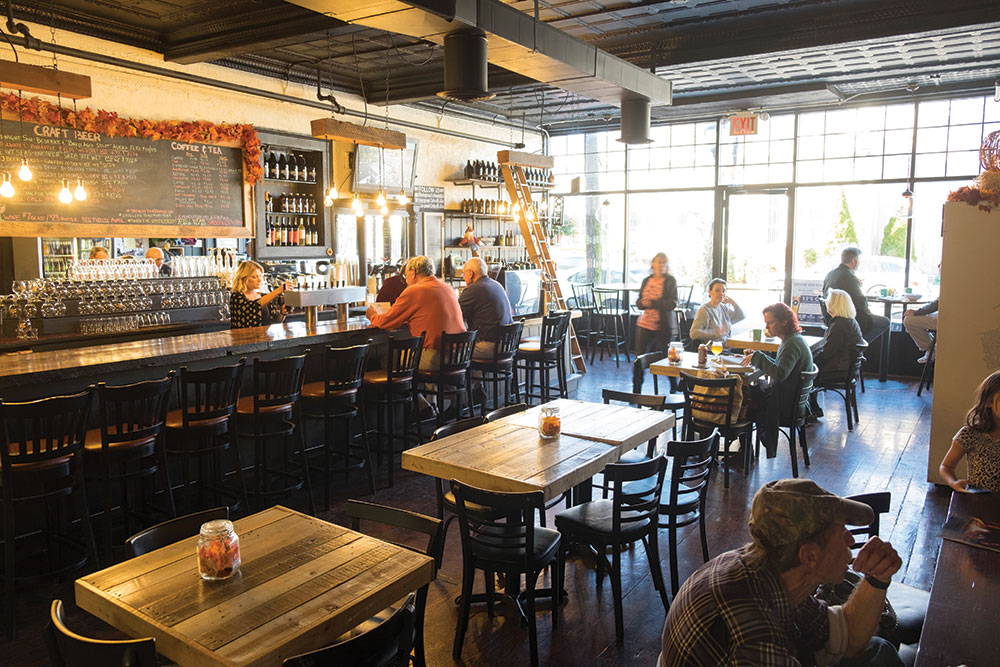 Transportation: Highland is accessible from the New York State Thruway/Interstate 87 via Exit 18. Ulster County Area Transit buses connect to the Poughkeepsie Metro-North and Amtrak train station, about four miles away.

Nearest Hospital: Vassar Brothers Medical Center and Mid-Hudson Regional Hospital are both about four miles away in Poughkeepsie.

Highland is so conveniently placed—just off the Mid-Hudson Bridge—that it’s often written off as a bedroom community. But with a major tourist attraction nearby, miles of hiking trails, and a secluded yet accessible riverfront, this Ulster County hamlet is thriving.

Located on the Hudson River’s west bank within the Town of Lloyd, Highland is a welcoming sight for commuters returning home from working in Poughkeepsie or the train from New York City. The hamlet has a middle-class feel and small-town charm, and its picturesque downtown, featuring plenty of well-preserved antique architecture, is surrounded by jagged cliffs, expansive woods, a smattering of farmhouses set upon sprawling fields, and unspoiled views of the Shawangunk and Catskill mountains to the west and the Hudson Highlands to the south.

At five square miles, the hamlet of Highland exists within the greater Town of Lloyd, a municipality that bills itself as the place “where the mountains meet the river.” The town was settled in 1754 with the establishment of a sawmill and brickyard on the banks of the Hudson, in the area now known as Highland Landing. Eventually, settlers moved inland to start farms, and one of them—farmer Philip Elting—founded a village on higher ground. Highland was born.

Lloyd remains an agricultural hub, with orchards and farms providing abundant local produce and a smorgasbord of you-pick activities and hayrides. Meanwhile, the quaint hamlet feels more alive than ever. Revitalized by increased foot traffic from nearby attractions and trail systems running right through town, Highland’s growing popularity and thriving businesses bolster its distinction and viability.

In the late 1800s, Highland was a major railroad hub, mainly via the Poughkeepsie-Highland railway bridge. Today, over 40 years after the railroad tracks were destroyed by fire, the bridge has a new role as the Walkway Over the Hudson State Historic Park, which opened in 2009, in time for the 400th anniversary celebration of Henry Hudson’s voyage up the river.

At 1.28 miles, the Walkway is the world’s longest pedestrian bridge—and Highland’s biggest draw, with nearly 500,000 visitors each year. Running parallel to the Mid-Hudson Bridge, the 212-foot-high platform offers stunning views of the river and beyond. On a nice day in almost any season, the Walkway is packed with visitors of both human and canine origin. Guests relax at picnic tables near the east and west entrances, and food trucks have set up shop on either side. On the Poughkeepsie side are popular eateries Crave and Lola’s Café; on the Highland side, Pomod’oro and the Frozen Caboose serve pizza and ice cream, respectively. During summer and fall, the area bursts with activity, including marathons and bike races; Highland’s Hudsonfest; free Movie Nights Under the Walkway; and nighttime “moonwalks” across the bridge.

The Walkway has created an economic boon for Highland, with visitors flocking to the Hudson Valley Rail Trail, a paved path that runs east-west for four miles starting from the Walkway’s Highland entrance. On the east side, the trail leads to Vineyard Avenue, which runs through idyllic, hilly, downtown Highland, home to several cafés and restaurants. Among the hamlet’s newest start-ups is Underground Coffee & Ales, a coffee house by day and bustling bar/restaurant with live music, trivia, and social events by night. While the hamlet’s eateries can cure most any craving—pizza, burgers, Chinese, Italian—several local foodie treasures lie outside downtown, including New American cuisine at the Would restaurant and German gastropub the Gunk Haus in nearby Clintondale. Recently, gourmet spice purveyor and TV personality Nirmala Narine opened her Highland farm to the public, offering private dinners, cooking classes, and an on-site spice shop.

Franny Reese State Park’s trails lead beneath the Mid-Hudson Bridge, up to the cliffs overlooking it, and through the woods. Berean Park offers lakeside amenities and hiking trails up Illinois Mountain, Lloyd’s looming centerpiece. And the newly developed Bob Shepard Highland Landing Park provides an accessible waterfront area in the Walkway’s shadow. 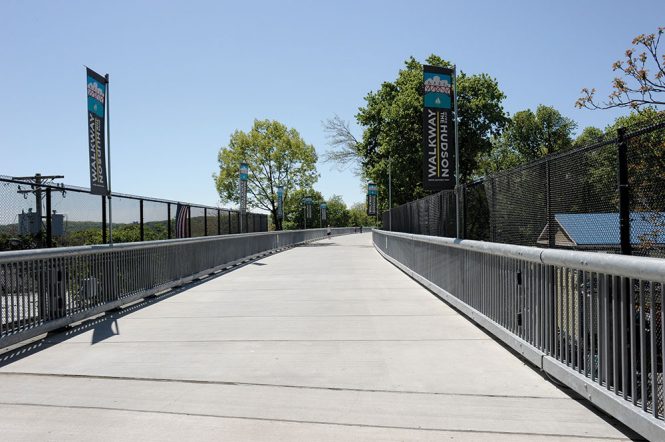 Throughout the Town of Lloyd, there are bargains to be had. Homes generally hover between $150,000 and $250,000. An 1890 Victorian with four bedrooms, two bathrooms, and a wraparound porch on Main Street recently sold for $249,000. Down on the riverfront, a two-bedroom two-bathroom ranch on just over 1.5 acres sold for $265,000. A modestly sized farmhouse in an agricultural zone could run in the $150,000 range. If condo dwelling is more your speed, two-bedroom two-bathroom units and townhouses range from $140,000 to $200,000 in Highland’s Bridgeview community, between the Mid-Hudson Bridge and Franny Reese State Park.