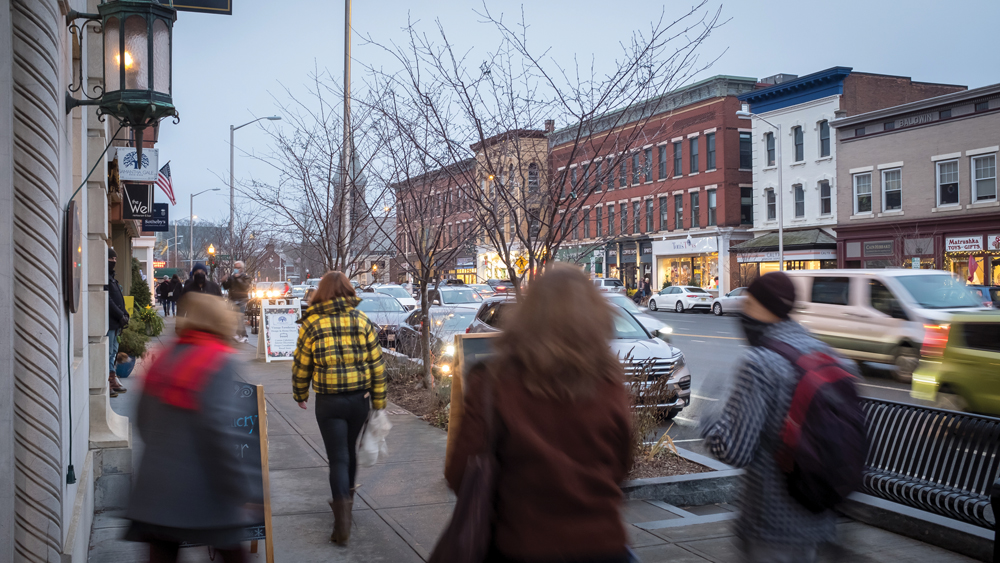 Proximity to Major City: Great Barrington is 137 miles from both New York City and Boston.

Transportation: Reach Great Barrington by car via the Massachusetts Turnpike (I-90; Exit 1, West Stockbridge to Route 41 South, or Exit 2, Lee/US Route 20 to Route 7 South). There is Bonanza Bus bus service to Lee and Lenox, and there’s an Amtrak train service to Pittsfield.

Schools: The Berkshire Hills Regional School District, based in nearby Stockbridge, is well regarded and there are a number of private schools within a reasonable distance. The closest are the Berkshire Waldorf School, John Dewey Academy, and Eagleton School.

Points of Interest: The Berkshire Hills Regional School District, based in nearby Stockbridge, is well regarded and there are a number of private schools within a reasonable distance. The closest are the Berkshire Waldorf School, John Dewey Academy, and Eagleton School.

Nutzo, crazy, bananas, absolutely insane. These are just some of the words professionals have been using to describe the real estate market in Great Barrington, Massachusetts, during the height of the pandemic in 2020. Now, a year later, the housing market in the quaint town and its bucolic surroundings has cooled from a raging, overflowing boil to just a raging boil.

The pandemic was the inciting incident that sent New Yorkers streaming upstate and to the right into the Berkshires, but it was generations of cultural cultivation and good planning that has made the town of Great Barrington the dream relocation destination for so many metropolitan expats over the past two years. The influx of new residents and new capital is reinvigorating the town and all it has to offer.

Great Barrington’s draw is a confident sense of place and an elegant, casual style that permeates its shops, restaurants, cultural venues, and community. Outdoor activities abound. A good hike up Monument Mountain or a healthy morning of skiing at Catamount provide great rationalizations to come back into town to splurge at stores like One Mercantile, GB9, Out of Hand, or Barrington Outfitters. Nourish yourself at any of the local world-class restaurants like Cafe Adam, Prairie Whale, and so many more. Arts and culture permeate the town’s extensive cultural district, captained by the Mahaiwe Performing Arts Center. Grab a drink in atmospheres that range from homey and casual at Barrington Brewery to upscale and innovative at Mooncloud. There are also four recreational marijuana dispensaries in Great Barrington if you swing that way.

Betsy Andrus, Executive Director of the Great Barrington-based Southern Berkshire Chamber of Commerce, says the influx of urban New Yorkers is influencing the way the town does business. Tastes and buying patterns are changing, centered less around casual tourism and more on quality items and experiences. “For the businesses, the more traffic the better. It’s always positive,” says Andrus.

Andrus says the huge demand on a dwindling housing supply is running prices up in Great Barrington and its surrounding countryside but even at increased prices you get what you pay for. Homes here have a classic New England rural feel, but are most likely going to be updated and stylish. There is not a lot of new construction and the makeup of neighborhoods doesn’t change much thanks to historical districts and environmental preservation easements, which proliferate due to active conservation organizations like the Berkshire Natural Resources Council. While these factors limit some options, they are also insurance against losing a view or seeing a neighboring farmer’s field transformed into a sea of McMansions. 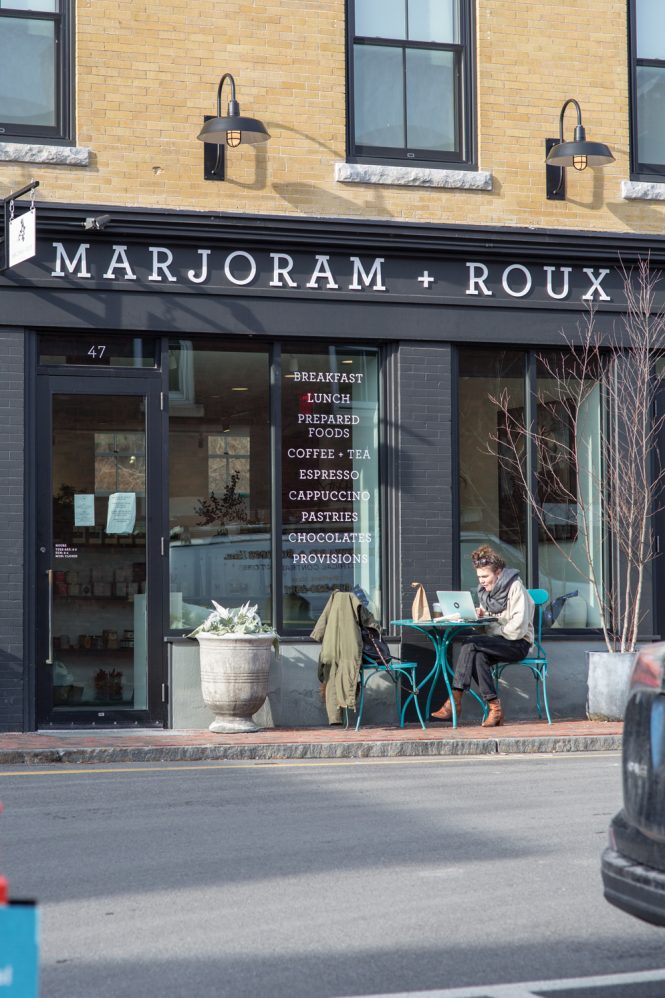 The Housing Market in Great Barrington

Though the housing market has calmed down some, real estate agent Tim Lovett of Berkshire Property Agents, called the early pandemic rush on property in Great Barrington “epic.” Nothing stayed on the market for more than two or three days and often sold day one. “At first [in the beginning of the initial 2020 lockdown], no one knew what was going on, sales were slow, then there was this Friday in April,” recalls Lovett with a slightly traumatized wistfulness. “It seemed like the floodgates opened and all hell broke loose. Being a service industry, we tried to help as much as possible. People were moving out of fear.”

According to the most recent Berkshire Realtors’ Berkshire Market Watch Report, there has been $629 million in real estate transactions over the past year, October 2020 to October 2021, in the county. More than half that total was made in the southern region of the county where Great Barrington holds sway. Countywide, by the 3rd quarter of 2020, the average residential sale price rose 24 percent compared to 2019, and rose an additional 20 percent in 2021. This is the highest ever percentage increase since tracking began in 1996.

The source of the immigration is predominantly New York City with only an occasional buyer coming from the Boston metro area, Lovett says, adding that there is very little on the market in Great Barrington for under $1 million right now, and what there is goes quick. Properties over a million don’t last long either. “For years, we have thought the Berkshires were really well set up for a big migration,” Lovett says. “Great Barrington is such a great option for people looking to get out of the city. It’s smart, worldly, cultured, but also down-to-earth. It’s completely unpretentious.”

While COVID has had an incalculable negative impact on every region, this deluge of buyers has pumped new money into the local economy, new residents into the community, and new children into a highly regarded but previously shrinking public and private schools.

Lovett says couples in their 30s with kids have been the most prevalent type of buyers through the pandemic. It’s a demographic that isn’t just here to shop and play, it’s a demo that will be foundational to the future of the region. While most are coming from New York City, they are also seeing young families moving east from California, driven out, in part they say, by climate change. The families are finding an equally beautiful landscape and a likeminded progressive community.

“The ‘net net’ [of the pandemic] was an incredible silver lining for the Berkshires and the Hudson Valley,” Lovett says. “There’s a new energy and a new population that I don’t think will go back, thanks in large part to remote working. It’s a sea change. This migration has been a rejuvenation of the brand of the Berkshires.”