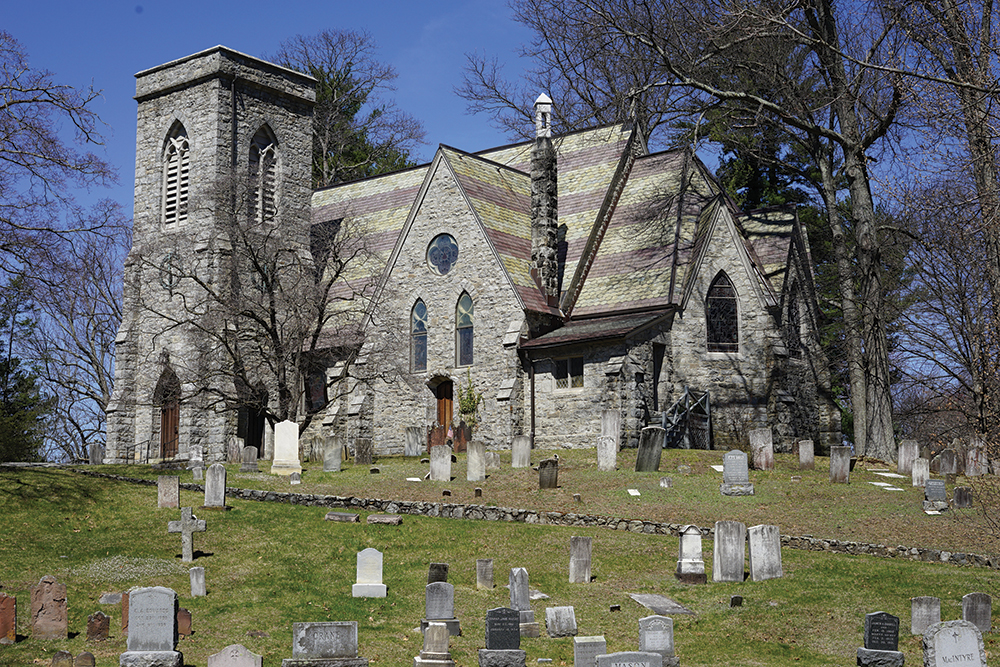 Transportation: The Garrison Metro-North train station is in town at Garrison’s Landing. It’s about an hour and 15 minutes to Grand Central during rush hour. Garrison is located off Route 9, which runs south into Westchester County and north into Dutchess and Columbia counties. The Taconic State Parkway is accessible via Putnam Valley, nine miles east. The Bear Mountain Bridge, on the southern edge of Garrison, divides Putnam and Westchester counties, and allows entry to the New York State Thruway on the west side of the Hudson. The closest airports are New York Stewart International Airport in Newburgh (24 miles away) and Westchester County Airport in White Plains (37 miles away).

Schools: The single-building Garrison School, which dates back to 1795, serves students from K through 8th grade. For high school, students can choose to go up to Haldane High School in Cold Spring or James I. O’Neill High School across the river in Highlands Falls, Orange County. The new Manitou School, a few miles north in Cold Spring, is a private bilingual progressive institution serving grades Pre-K through 8th grade. Further north, in Poughkeepsie, the private Poughkeepsie Day School caters to Pre-K through 12th Grade, while the Oakwood Friends School is a private Quaker day and boarding school for grades 6 through 12.

Thousands of people drive through Garrison, NY every day, yet many of them would be hard pressed to tell you anything meaningful about it. From the vantage points of routes 9 and 9D, which split this 16-square-mile hamlet of Philipstown into three sections, it’s hard to tell exactly what makes Garrison tick. The landscape includes a few thousand-foot hills, one of which appears to have a stone castle perched high atop it; a sprinkling of small businesses (a gas station, a pizza parlor); and, surprisingly, a collection of monasteries.

There are a few current and former monasteries along the roads, including the Garrison Institute, a retreat center dedicated to fostering contemplative thought and putting it into actionable practice. And while the land is open for hiking at Castle Rock, a gabled and towered stone mansion up on the mountain, where John Muir once holed up to do some writing, the home itself is a private residence. But turn onto one of the winding, steep, and, in some cases, dirt roads, and Garrison begins to open up. Farmhouses and cottages share street addresses with country manors and midcentury moderns with a rustic twist. McMansions or anything ostentatious are hard to find here. Garrison consists of predominantly tastefully built or restored dwellings on large parcels of land, owned by folks who would rather spend their money on a somewhat modest, sustainable, impeccably furnished home with a few acres of woods so that they can listen to foxes chase turkeys on chilly afternoons. About 35 percent of Garrison’s land is permanently protected, and its citizens are willing to fight like hell for the other 65 percent to preserve the hamlet’s bucolic nature. Just ask Verizon, which rolled into Phillipstown a year ago to put a cell tower up and is currently embroiled in a Goliath-and-David battle with a vocal group of Garrisonians who don’t want any part of it.

That sense of “We’re all in this together,” is probably Garrison’s most defining characteristic, but it’s one that isn’t visible from Route 9. “There are many beautiful places in and around the region, but the community in Garrison is really unique,” says Chris Hughes, co-founder of Facebook, who bought a house in Garrison in 2011. “You have so many people who are about each other, the community, and the world, who are curious and want to take care of one another. That is such a special thing, and it’s the reason we love it as much as we do.”

All well and good, but if you’re not already a member of that community, you may find yourself driving around and asking: Where is everybody?

There’s no downtown or Main Street in Garrison, so almost the entirety of the hamlet’s civic life is located at Garrison’s Landing, a small riverside plaza. (The lone outlier is the Desmond-Fish library, just up the hill, which is what your standard small-town library would be like if it had enough pull to get Salman Rushdie and Lesley Stahl to give talks.) Fifty years ago, this site stood in for Yonkers in the film version of Hello Dolly! Today, there’s still plenty of song and dance to be had at the Philipstown Depot Theater, in addition to plays and film screenings in the building that stood in for the Yonkers Train Station (the actual Metro-North train station is just steps away). If you prefer your art to be silent and standing still, it’s a 10-second walk to the Garrison Art Center, with gallery showings and art education classes for kids and adults throughout the year. Just beyond that is the Hudson itself, festooned with grand old weeping willow trees at its edges, and a regal view of West Point. If you must roam, head back out to Route 9D for a grand tour of Boscobel House, a rebuilt neoclassical manor that in the summer serves as the home of the Hudson Valley Shakespeare Festival, or Manitoga, the former home of designer Russel Wright, now home to a museum and immaculate hiking trails.

But probably the best news on the landing these days is that after being closed and empty for almost 10 years, the plaza’s beloved local pub, Guinan’s, is back. Under new owners and renamed Dolly’s (naturally), this charming yellow house does triple duty as a restaurant, a watering hole, and, on weekday mornings, a coffee shop to serve harried commuters. It’s a heavy load for one business to bear, but less than a year in, Dolly’s seems to be filling that role admirably with great food, a gorgeous view, and throngs of happy Garrisonians catching up together in its cozy dining rooms. With a local hangout like that, who needs a Main Street anyway? 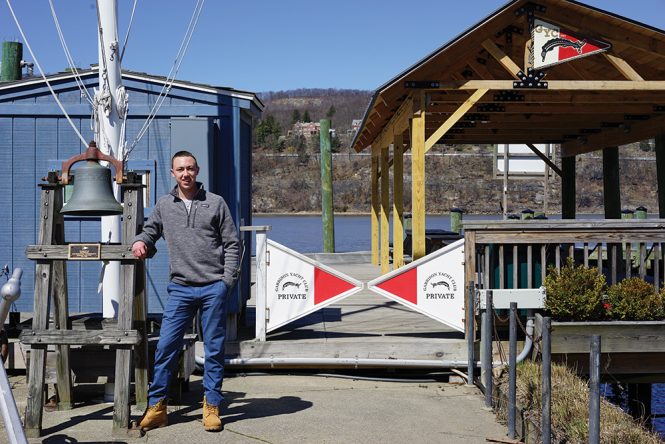 Marco Scanga, a member of the Garrison Yacht Club, down at the landing.

Now for the bad news. The combination of large lots, protected land, and a relatively small population adds up to high prices and low inventory. There are no starter homes or quaint condos in Garrison. The bottom of the market sits around $500,000, which will get you a house directly on either Route 9 or Route 9D. Granted, the Garrison stretches of those two roads are relatively serene and bucolic, but you’re still essentially living on a highway. At least the homes are charming: At press time, on offer on Route 9D was a wooden 1970s ranch with three bedrooms and three baths, happily set back from the road a bit, and, on Route 9, a 1930s Colonial with three bedrooms and 1.5 baths.

Once you head off the highways, the lot sizes and home prices increase dramatically, leaving the six-figure homes in the dust. About $3 million will get you the country manor of your dreams with five bedrooms, seven baths, over 8,000 square feet, 10.6 acres, and its own name (Langhurst Lodge). Or, if you prefer to leave all that woodsy charm to the hippies, go modern with an environmentally sensitive 3,300-square-foot gem designed by Toshiko Mori, complete with a “living roof.” It’ll cost you $5 million, but the Hudson River views from its sheer glass walls are worth it.