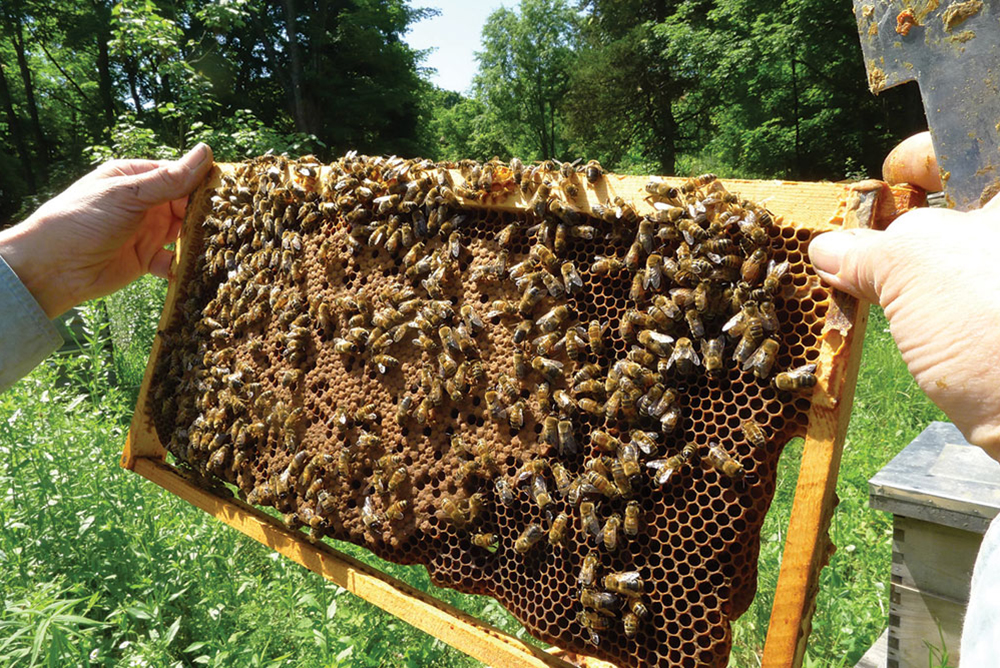 Summertime is bee time—and time to recognize these remarkable creatures. According to a recent report by the Center for Biological Diversity, over 50 percent of North America’s 1,400-plus bee species are in decline, with nearly 25 percent at risk of extinction. The causes? Pesticide and fungicide exposure, parasites, disease, and lack of adequate nutrition due to overdevelopment of land and loss of native plants.

In the past decade, since scientists began warning of the honeybee’s dwindling numbers, two national holidays have been instituted to spread awareness of bees’ plight. This summer, from June 19 to 25, National Pollinator Week celebrates its 10th anniversary. Designated by the US Department of Agriculture and the Department of the Interior, the week addresses the declining populations of bees, bats, beetles, and birds.

August 19 is National Honey Bee Day (NHBD), founded in 2009 by Billsburg, Pennsylvania, apiary operator Michael Thomas. Initially intended for local bee associations only, NHBD spread across 16 states even before its debut, and was officially proclaimed by the Secretary of Agriculture. In 2010, NHBD expanded to 22 states and adopted its first national theme, Local Honey: Good for Bees, You, and the Environment. Today, every US region offers NHBD activities—from honey tastings to apiary workshops to scientific studies. (This year’s theme, For a Natural High: Smoke Some Bees!, refers to the burning of natural materials—yard debris, grass clippings, or incense—to produce smoke to calm bees so you can look inside their hive.)

The Hudson Valley’s beekeeping industry is thriving. Hudson Valley Bee Supply, in Kingston, offers beekeeping equipment and workshops; Honey Bees 911, a new municipal swarm rescue program, launched by musician Nick Catania with the motto “Save the bees, save our food,” connects residents with volunteer beekeepers who can safely relocate swarms and provide advice.

One of our most venerable honeybee organizations is Honeybee Lives, an organic apiary in New Paltz offering beekeeping classes and services upstate and in Brooklyn. The organization was founded in 2005 by longtime beekeeper and bee doctor Chris Harp and Grai St. Clair Rice, a beekeeper and writer. In 2007, says Rice, “The term ‘colony collapse disorder’ hit the front page of the New York Times. People jumped onboard and wanted to be beekeepers. Then, in this beautiful way, the whole idea of sustainability really started to take hold.”

These days, environmental consciousness has been replaced by concern about environmental regulation rollbacks. Honeybees no longer get “that flurry of media attention,” Rice says, but “the backyard beekeepers and urban beekeepers are keeping honeybees healthy.”

Bees have much to teach us in this era of sharp political and cultural division, notes Harp. “People get shocked when I take 10,000 bees out of one hive and stick the colony right into another hive,” he says. “There’s no fighting, no squabbling. The bees are like, ‘Oh, you live here now? Okay, let’s go.’ You can’t say that of humans. Honeybees are amazing creatures. Bees are a group soul. It’s not just one hive—that hive, and every other colony around the globe, share the same soul. A single bee cannot live on its own at all. They need tens of thousands of compatriots.”

However, says Harp, the “honeybee group soul” also makes it more vulnerable to extinction. “A honeybee colony is a superorganism—far more than 8,000 different microbes live in one hive with the bees,” he says. “So when the bees bring home a fungicide that was sprayed on the blossoms they landed on, it kills the gut of that colony. ”

Saving the honeybee is more crucial than ever, so if you can keep a hive, advises Harp, keep two. But you can also help out in other ways. “People can learn whether herbicides are in the stuff they use to get rid of grubs or make their lawns greener, and make better choices,” says Rice. She also advises planting wildflowers (covered in this issue on page 43) and letting a property’s edges go fallow, whether it’s farmland, a soccer field, or just your backyard.

“Every day [in the news] there’s something you want to fight and scream and get sick and crawl under the rug about,” Rice admits. “But look at the big picture. Figure out little ways to take care of nature around you. Each thing will be a drop in the bucket—but that bucket will fill at some point.”