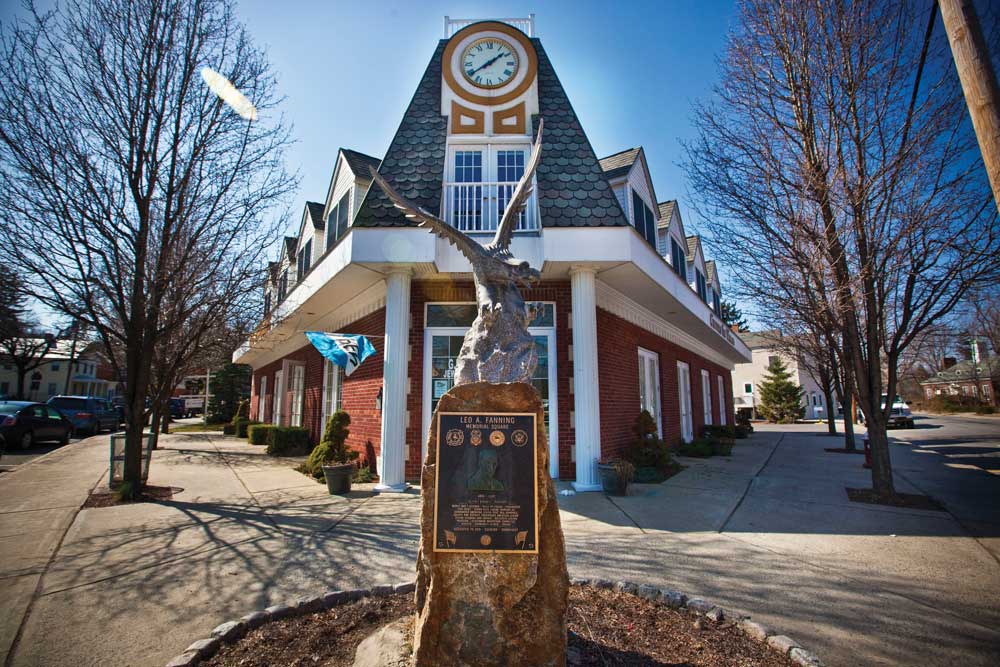 Proximity to Major City: 50 miles by car to Manhattan

Transportation: The Salisbury Mills-Cornwall station, on the Metro-North Railroad Port Jervis Line, brings riders to Hoboken, New Jersey. Stewart International Airport in Newburgh is a 20-minute drive. Connections to the Palisades Parkway and the New York State Thruway are under 20 minutes.

Nearest Hospital: St. Luke&amp;amp;#039;s Cornwall Hospital is in the town of Cornwall.

With its Hudson River views and a downtown like a Norman Rockwell painting, Cornwall is a coveted place to live. The town is in the center of Orange County, about 20 minutes north of the Rockland County border and 50 miles north of New York City, but with few employment options outside of IBM and West Point. For many, including city commuters and the police and firemen priced out of Rockland County, Cornwall is a bedroom community.

Part of its draw is its reputation for family friendliness. Last year, Bloomberg Business Week rated it the best place to raise kids in the entire state of New York. The schools are ranked high—Business Week gave them a nine out of ten. Despite a rural feel, it has easy access to transit, including a nearby Metro-North station, the New York State Thruway, and the Palisades Parkway.

Located in the Hudson Highlands, its bucolic surroundings are another draw, and include Beaver Dam Lake and the grounds of the Museum of the Hudson Highlands. Cornwall’s mountains, evergreens, and fresh country air were well appreciated by 19th-century city dwellers in search of healthy surrounds. A historic reminder remains in Camp Olmsted, a 21-acre destination founded in 1901 near Storm King Mountain as an escape from the heat of the city for immigrant children; it still functions as a camp today.

The village of Cornwall-on-Hudson, where the untainted stretch of downtown lies, is located within the town of Cornwall. The town is 28.2 square miles, and within it are also the hamlets of Salisbury Mills, Firthcli e, and Orrs Mills, among others. But locals don’t make much of a distinction between the village, which incorporated in 1885, and the town: It’s all Cornwall to them.

The community as a whole skews wealthy, with an average income of $98,931, according to Bloomberg, but diverse it’s not. The town is almost 95 percent white, though the next city to the north, Newburgh, is 42 percent white with a median household income of $30,332; economic and racial diversity is at least nearby. Some say that political diversity is on the rise in Cornwall, a traditionally conservative population that is growing more progressive as Downstaters continue to move in. 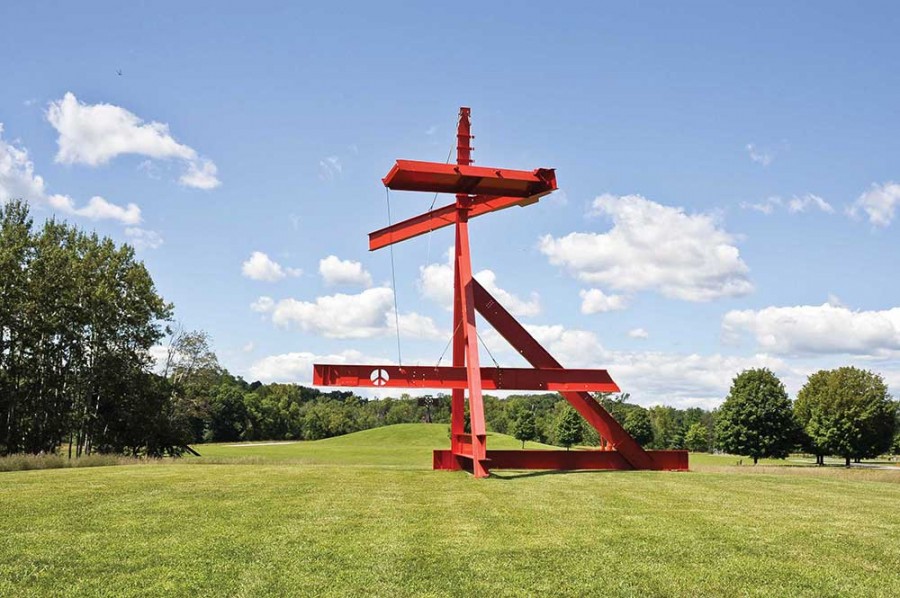 Mikey Jackson, who moved with his partner and child seven years ago from Brooklyn, characterizes the town as “a kind of sister city to Beacon.” “Beacon is being called the new SoHo,” he says. “[But] Cornwall is where the families live.” Jackson operates 2 Alices, a co ee shop, bar, and live music venue that has become a hub where the town’s burgeoning artist population rubs elbows with PTA moms. Brooklyn transplants like Jackson are drawn to Cornwall-on-Hudson because locals really walk the downtown—despite its diminutive size—even through the winter. There are a handful of eateries, ranging from barbeque to pizza to Dunkin Donuts, but the town is sleepy in the evenings; nightlife is nearby in cities like Beacon and Newburgh.

Daytime activities abound, though. Storm King Art Center, the 500-acre “sculpture landscape” hosting work by modern heavyweights such as Henry Moore, Alexander Calder, and Isamu Noguchi, and contemporary sculptors including Maya Lin and Andy Goldworthy, is a draw, bringing in day-trippers from New York and offering family passes to locals. The Hudson Highlands Nature Museum offers hiking trails and interactive exhibits, and, for those craving a more manicured outdoor experience, there’s golfing at the Club at Storm King.

Its proximity to urban hubs in New York and New Jersey plays a large part in Cornwall-on-Hudson’s high property values. There is also a small population—of both people and homes. The town includes some 3,867 housing units, and at the time of this writing, around 30 are listed. Only a couple of properties have seen their prices reduced, and fewer are in foreclosure. Cornwall-on-Hudson is not a destination for those seeking a deal or a great spot for flippers. The rental market is small, with modest houses and apartments renting for between $1,200 and $1,800.

But if you do crave more than a day trip, look into buying part of the village’s million-dollar view. A snapshot, seen from the backyard of a Greek Revival “mini-estate,” can be had for upward of $800,000. A ranch-style in need of some updating, but within walking distance to the village, can be had for $239,000. In between, you can still get a view—and updated kitchens with granite countertops and stainless-steel appliances. Median sales prices are in the mid-$300,000s. But get ready for taxes: According to City-Data, the median real.