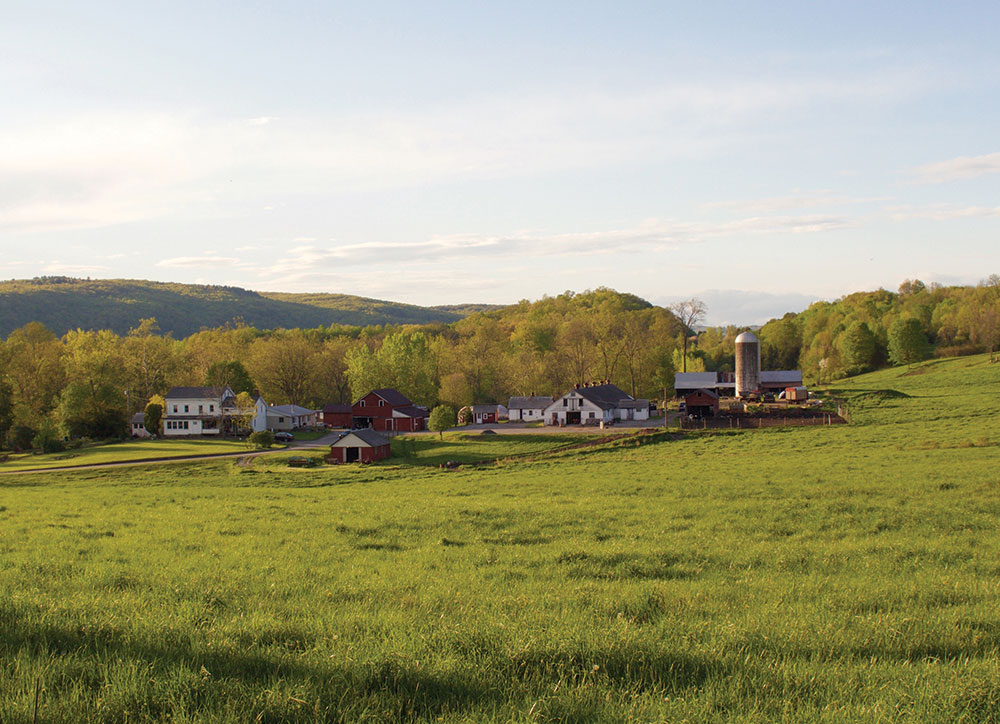 In a culture ruled by fierce individualism, powered by industrial agriculture, and characterized by disconnected families, Brookby Farm is an anachronism. The fifth-generation family dairy farm, in eastern Dutchess County’s Harlem Valley, is run by Steve Vincent, his wife Jaime; and their three adult children, Steven, Will, and Elyssa; and supported by a community of countless nieces, nephews, neighbors, and friends who volunteer their time. The Vincents’ passion and collective effort has steeled the farm’s future against the caprices of the economy and is paving the way for a long, fulfilling future.

Brookby Farm has been in the Vincent family since the early 1800s, when nearly 400 acres were given to Steve Vincent’s great-great-grandfather as a wedding present. Until 1980, the farm operated as a commercial dairy, with 80 cows. Over the farm’s lifespan, parcels have been sold, leaving 45 acres of pastures, four barns, and the original 1850 farmhouse. While Steve and Jaime’s kids were growing up, the family had a large garden, a single milk cow, and a small operation of beef cows, pigs, and hay, which Steve ran alongside a full-time job at the local gravel bank. 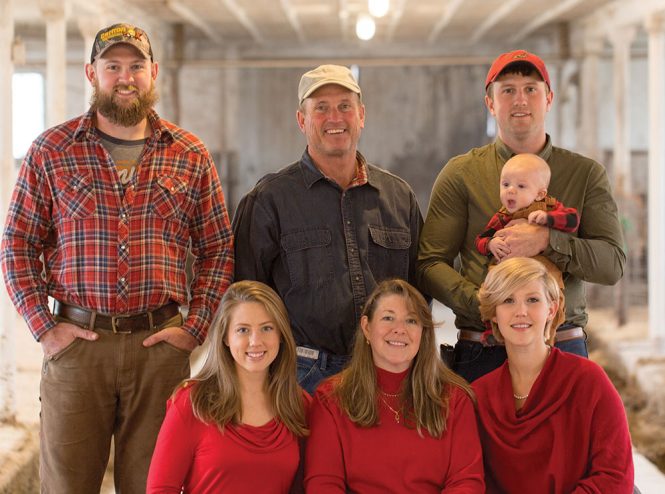 But the milk barn sat idle until 2007, when the Vincent’s younger son Will left Pace University after realizing his life’s calling was to be a dairy farmer. Together, the family decided to reenter the dairy business. Will transferred to SUNY Cobleskill to major in agricultural business management; on weekends, Steve and Jaime travelled throughout the Northeast, buying calves and growing their herd. By the time Will graduated in 2011, they were ready to start milking.

“When we first started, we were going to fill the barn up and go great guns. We were milking 40 cows,” Steve says. “Milk prices were really good—$26 to $28 per hundredweight.” They contracted with Marcus Dairy, a Danbury-based dairy distributor. But when Russia was sanctioned after invading Crimea in 2014, America lost its biggest powdered-milk market and dairy prices fell to $14 (where they’ve stayed).

The Vincents needed a change of strategy to stay afloat. In the late 2000s, raw milk grew in popularity among celebrities and health-conscious consumers, with its ascendant trendiness perhaps best epitomized by an episode of “Portlandia” in which Brendan and Michelle discover that “raw milk is the future.”

“People were always stopping to ask about raw milk when they saw the cows,” Jaime recalls. Considering the mounting public interest, and their consistent good milk test results, the Vincents decided to pursue raw milk certification. “Doing raw milk was a natural pivot for us,” Steve says. “We’re small—we knew we couldn’t compete with the commercial dairies, so the natural thing for us was to follow the market.” 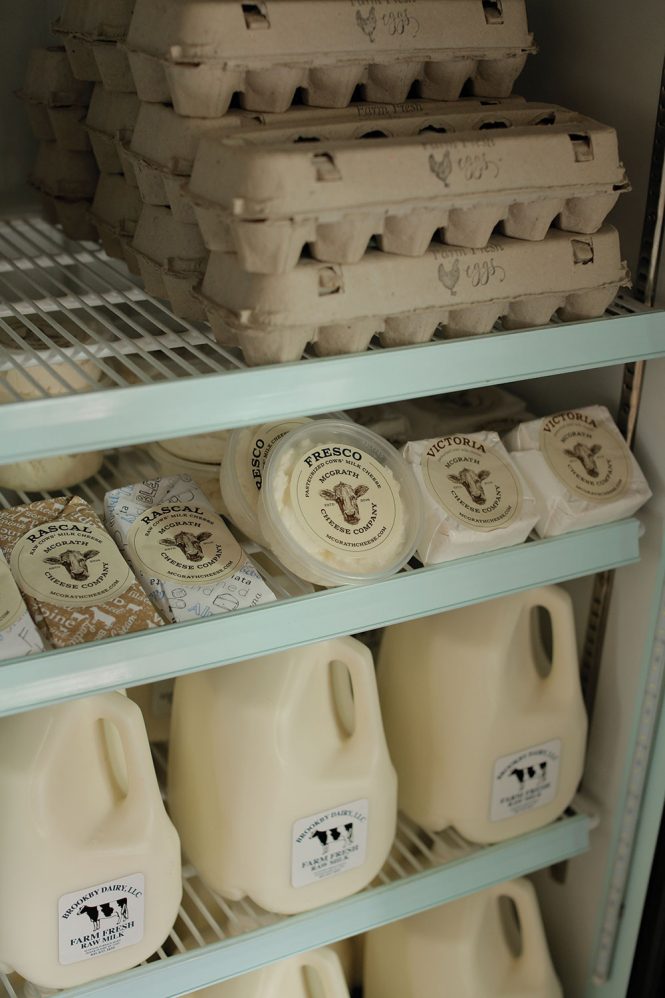 In 2016, they scaled back the herd and applied for a New York State raw milk permit, a meticulous six-month process. “The microbiologist who came to inspect said this was the most boring place he’d ever been—it was a compliment,” Jaime says.

They continued selling surplus milk to Marcus Dairy until earlier this year, when local cheesemaker Colin McGrath offered to buy their excess.

Although the cost of organic certification is prohibitive for a small farm, the Vincents’ animals are raised using organic practices. “We are entirely grass-based,” Steve says. “We have 45 acres of pasture here, and it’s all in rotation. We also feed the cows the hay and baleage that we produce down the road.”

Ten minutes away in Dover, the Vincents have free lease of a 600-acre farm, where Will lives with his wife Danielle and their son, Abe. “He raises the beef, pork, meat chickens and layers—all on pasture. He also does all the crops, hay and baleage, animal healthcare, and artificial breeding,” Steve says with a note of pride. “When he was in school, we told him, ‘Take anything you can to help out here.’ Now, when there is a problem, he is the number one person I call—even before the vet.”

The Vincents are now transitioning their dairy herd from classic Holsteins to grass-friendly breeds, like Jerseys, Guernseys, Montbeliards, Normandes, and Brown Swiss. In April, 14 cows were in the milking rotation (all told, the herd totals around 40, including calves and “dry” cows, who are resting between lactation cycles).

Though technology has sped up the milking process, cows still need to be milked morning and night, year-round, which makes dairy farming a time-intensive, unbending line of work.

Brookby Farm’s milk barn is a long, whitewashed building with stalls lining either side. At one end, the stalls are fitted with headlocks from the farm’s former commercial days. “It was a lot less humane back then,” Steve says. “Now the cows get to lie on a two-inch memory-foam mattress.” 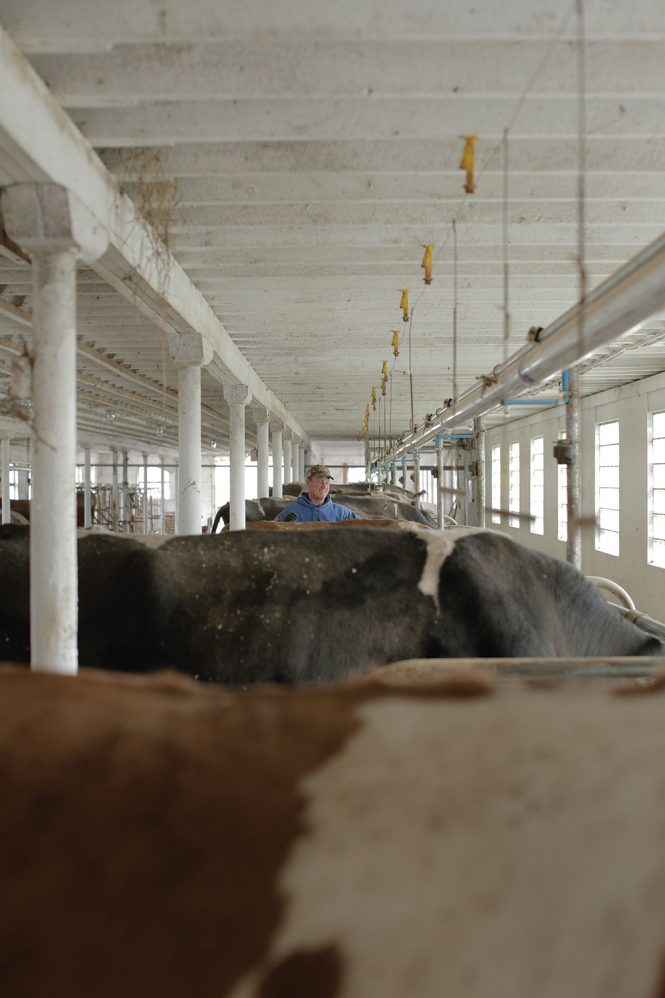 The cows are milked using a suction-powered unit with four tubes, each of which gets attached to a teat. “It uses a pulsation suction,” Steve explains. “It alternates, going from one side to other, like hand-milking.” Two sets of pipes run along the barn’s ceiling, bringing air for suction and taking away fresh milk. The machines click soothingly, blending with the lowing of the cows, who contentedly munch hay and nuzzle passersby as they are milked.

The machines shorten the milking process to four to five minutes per cow. Using multiple milking units, the Vincents can milk all the cows in 30 to 40 minutes. “They all have names,” Steve says, patting one of the cows. “This is Betty.” He talks while he works. “If you lose a day, you can’t ever get it back,” he says, moving up and down the line of cows. With the mischievous gleam in his eye and his ready smile, Steve bears an uncanny resemblance to actor Woody Harrelson. “One day, my son Will and I were standing at the end of the barn, looking out at the field,” he recalls. “I said to him, ‘You know, a hundred years ago, my great-grandfather and my great-great-grandfather stood here thinking the same things we’re thinking—about the pastures, the health of their herd, the coming spring and what it would bring.’ That’s pretty cool.”

It Takes A Village

Steve begins each day at 3:30am with morning chores. At 5am, he is joined by Elijah, his 20-year-old nephew, who lives across the road from the farm. Together they milk the herd before heading to their respective full-time jobs. Both Steve and Will work as operating engineers, running heavy equipment at construction sites. While they’re away at work, Jaime takes over. “During the week, I come out here and clean the equipment, feed the cows hay, run the barn cleaner, man the farm store, just do whatever I’ve got to do,” she says. “Wednesdays we’re closed. That’s my day to run around and get all the things we need.”

Most weekends, Steve and Jaime are joined by their daughter Elyssa and her boyfriend David, both accountants in New York City. “When Elyssa went off to school in Boston, she couldn’t wait to get away,” Jaime says. “But now she’s here every weekend helping.” The Vincents’ oldest son, Steven, drives down from Saranac Lake twice a month to help on the farm as well.

“Everyone is a spoke in the wheel here; everyone has respect for one another,” Steve says, tearing up as he speaks. “This farm isn’t me. It isn’t her. It’s all of us. And no one is getting paid for it. You do it because you want to.” 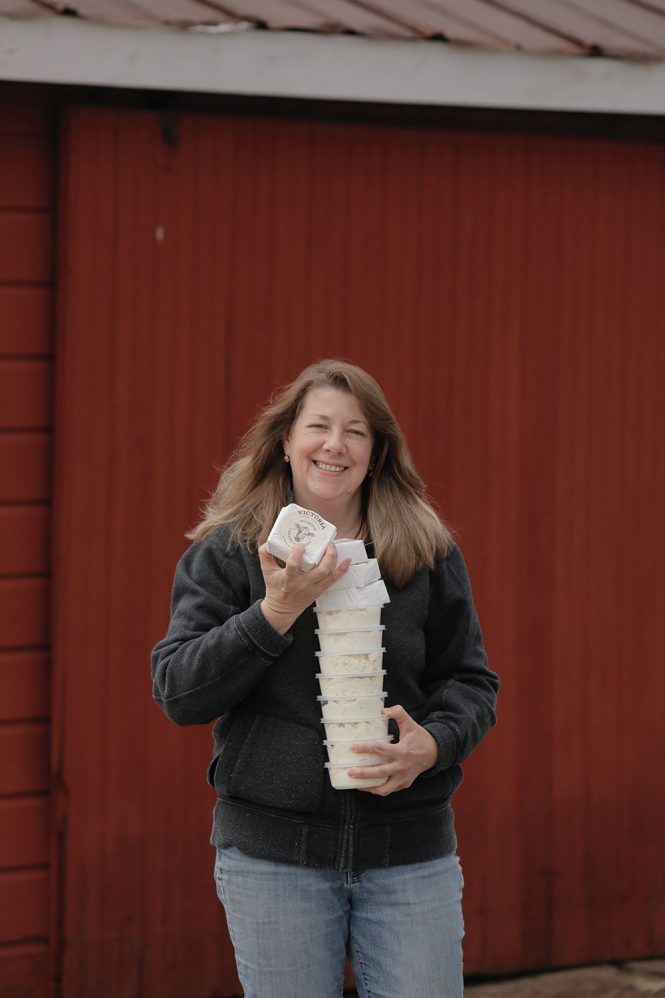 Jaime Vincent shows off McGrath Cheese Company products, which are made using dairy from the farm and sold at the farm store.

Two years into the raw milk venture, Brookby Farm has established a cult following. Families drive from over two hours away to stock up, some buying 10 gallons at a time; agritourists visit from Europe and Russia to see the operation; and one loyal customer even claims he got his arthritis into remission by drinking four gallons a week. “People love the quality of our milk,” Jaime says. “That is our number one priority, along with cleanliness.” 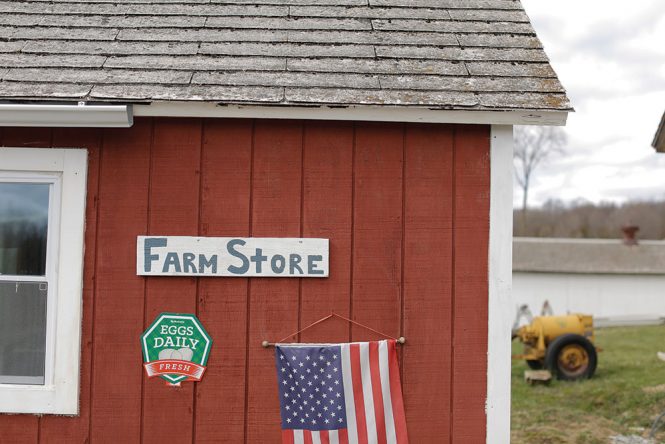 “Up until this point, it’s been a dream to share what we’ve been blessed with,” Steve says. “We take so much for granted. Kids come visit who have never had exposure to anything except the city. We love having people visit.”

Brookby Farm is one of the last surviving dairies in Harlem Valley, and the Vincent family is working with the Dutchess Land Conservancy to put the property in easement to protect it perpetually from development. “It’s not just for us, but for the future,” Jaime says. “That this will forever be a farm makes me feel really proud. We can keep the family legacy alive.”