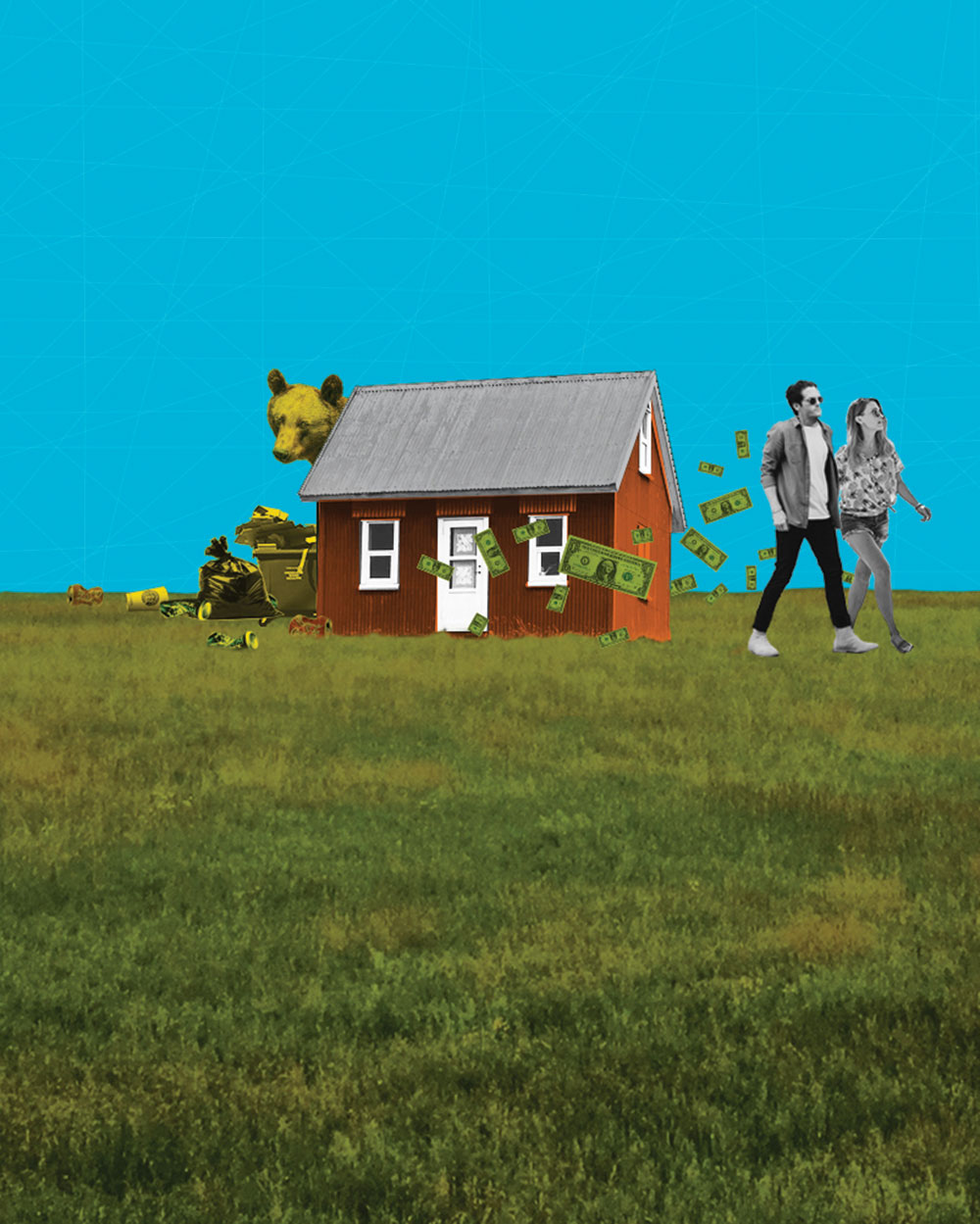 According to the National Association of Realtors, homebuyers care more about how a house makes them feel than about square footage or bedrooms and bathrooms. So, says Harris Safier, the executive leader at Berkshire Hathaway HomeServices Hudson Valley Properties, urbanites are exploring several second-home locations; since the Hudson Valley “fares pretty well” compared to its competitor regions, the Berkshires and the Poconos, “there’s this new energy happening here.”

Yes, says Safier. “The only times we weren’t seeing prices increase was during a few little recessions and the big national real estate crunch,” he says. After regional housing prices peaked in 2006, “The market was suppressed. Prices had come down from their peak, and weren’t climbing back up again.” Three years ago, prices began rising; he believes short-term rentals are a factor. “Short-term rentals have decreased the potential inventory of homes for sale,” he says. “Because there is more demand now for housing than there has been in the past 12 years, that’s causing prices to inch up a bit.”

Many short-term rentals, notes Safier, are second homes owned by New Yorkers who’ve stopped coming upstate. “As prices get higher, the demand will push more of those folks to decide whether they want to remain in the business of renting out their houses, and more of those houses will come on the market,” he says. “People who go to short-term rentals turn into buyers quickly because they get to comparison shop by living in a community,” he says. “We stack up favorably, so we have more demand.”

Municipal responses to short-term rentals vary because the influx is “a two-edged sword,” says Dutchess Tourism President and CEO Mary Kay Vrba. “There’s a lack of accommodation space, so Airbnb provides a way for visitors to come and participate in all the different aspects of what we have to offer,” she says. But unlike bed-and-breakfasts, short-term rentals “don’t go through the regulatory process of proper zoning or health and safety—there are no regulations that monitor that, and we need them.” And, she adds, “There are people who are coming in, buying up our housing, and using the homes to rent on Airbnb—with businesses moving here, that could cause a shortage of housing.” There’s also the matter of lost revenue: Dutchess County collects a fee for rentals lasting one to 90 days, but most counties don’t; none collect sales taxes. Based on new research, Ulster County is drafting policy, reminding hosts to pay the county occupancy tax, and helping towns upgrade zoning laws.

In Beacon, the council voted against pro-short-term rental legislation in May, thus making it illegal. Rhinebeck is considering regulations. But the shared economy has gotten unwieldy in Woodstock, which has the most Airbnb accounts in Ulster County, says Kirk Ritchey, the chair of the town’s short-term rental task force. Woodstock’s glut of short-term rentals has “drastically altered the inventory of available housing for long-term rentals and worker housing,” he says, creating problems: “party houses,” litter, and badly stored trash  attracting bears.

Woodstock’s town council is studying its task force’s data, and a cap on short-term rentals has been proposed. “There’s probably going to be a count,” says Ritchey. Regulations would limit the number of days per year that a property can be rented. “If you exceed that number, other things will happen,” he says. Hosts would register with Woodstock before agencies like Airbnb. “If people apply to Airbnb and they’re not registered in Woodstock, both Airbnb and the resident would be informed,” says Ritchey. Airbnb, he notes “doesn’t want to become the enemy.”

The Town of Rochester has extended the public review of its proposed legislation. “The main push in the county legislation is about health and safety,” says Councilman Chris Hewitt. “We don’t want Airbnb customers to overflow a septic into a freshwater river; we don’t want fires. Certain standards make sense.” But he’s against a cap. “I’ve heard all kinds of complaints,” he says, “but NIMBYism will always be a factor. If we want successful, abundant communities, we need to embrace tourism.” He also wants to embrace “the opportunity to create more long-term rentals, more transit-oriented development, more density around old train stations.”

Like Hewitt, Ritchey sees the benefits of the short-term rental boom. “We have more restaurants now in town than I’ve ever seen,” he says. “I see lots of families and children, and it’s wonderful.”