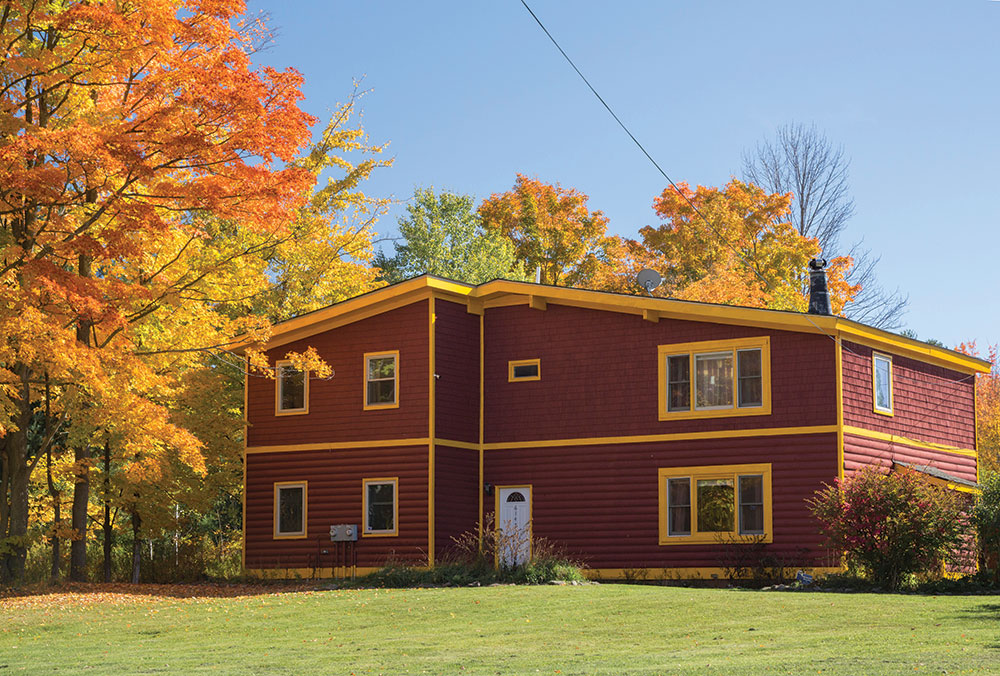 Transportation: Tannersville is accessible from the New York State Thruway, Exit 20, and Route 23A. Adirondack Trailways and Greyhound offer daily four-hour bus service to and from New York City. The Amtrak station in Hudson is 18 miles away; the train trip to New York City is about 145 minutes.

Schools: Huntersville-Tannersville Central School District consists of Hunter Elementary School and the Tannersville Middle and High School. The private Christian Platte Clove School, operated by the Bruderhof Community for kindergarten through eighth grade, is in nearby Elka Park.

To travelers heading west on Route 23A, Tannersville appears suddenly, its cluster of colorful gables rising from the Catskill Forest Preserve like Shangri-la. Many of the village’s buildings are painted in bright pastels and patterned designs, and even the humble laundromat’s façade is adorned with psychedelic blue bubbles. Tannersville’s Paint Project, which began transforming the faded resort town in the early 2000s, has attracted national attention, including being featured on the Today Show. New homeowners can apply to the Hunter Foundation for a paint scheme and funding for it. But Tannersville’s magic isn’t just about color, it’s also about its dramatic mountaintop setting. Route 23A, which becomes Main Street, passes forested ravines and dramatic waterfalls, including Kaaterskill Falls and other famous vistas captured by the Hudson River School of painters, and the lush, tree-studded 1930s Colonial Country Club frames a stunning view of the Catskills.

Tannersville began in the early 19th century as a commercial center for the area’s many tanneries (where animal hides were softened, utilizing tannic acid from native hemlock bark) and lumber mills. When those industries collapsed, hotels and boarding houses sprang up, and after the railroad arrived in 1882, Tannersville boomed, with a bank, department store, general store, and the like offering full services to a bustling tourist trade. The advent of the car and plane resulted in the village’s slow decline, but a few vestiges of its earlier resort days remain, including sprawling Villa Vosilla, fronted by a roadside pool, and Deer Mountain Inn, a late 19th-century summerhouse rumored to have been owned by gangster Legs Diamond.

Today, with Tannersville clearly on the rise, past blends gracefully with present. Main Street is lined with new restaurants and cafés, a yoga center, an antiques emporium, an artisanal wine store, galleries, and the Orpheum Film and Performing Arts Center, a modernist building featuring movies and dance, theater, and music performances. There’s a summertime farmers’ market, and investors are pouring dollars into the town, thanks in large part to the Hunter Foundation, which buys and renovates blighted buildings, selling or leasing them to businesses. Currently, the manmade Rip Van Winkle Lake is gaining a stage, Frisbee golf course, floating dock, and other recreational amenities.

Tannersville is a popular ski town, with Hunter Mountain 10 minutes away and Windham Mountain about 30 minutes away. Miles of trails beckon cross-country skiers and snowshoers to explore the Catskill Preserve. In summer, nearby Colgate and North-South lakes attract swimmers and fishermen.

But the village is also a cultural center. The nonprofit 23Arts, launched in 2014, hosts an annual Jazz and Music Festival, bringing top jazz, classical, blues, Latin, and other genre musicians to perform at the Orpheum and throughout town, and  sponsors the Catskill Jazz Factory, offering year-round performances, artists’ residencies ,and school workshops. Say What? Gallery exhibits contemporary art, and Platte Clove Preserve offers artist-in-residence programs. 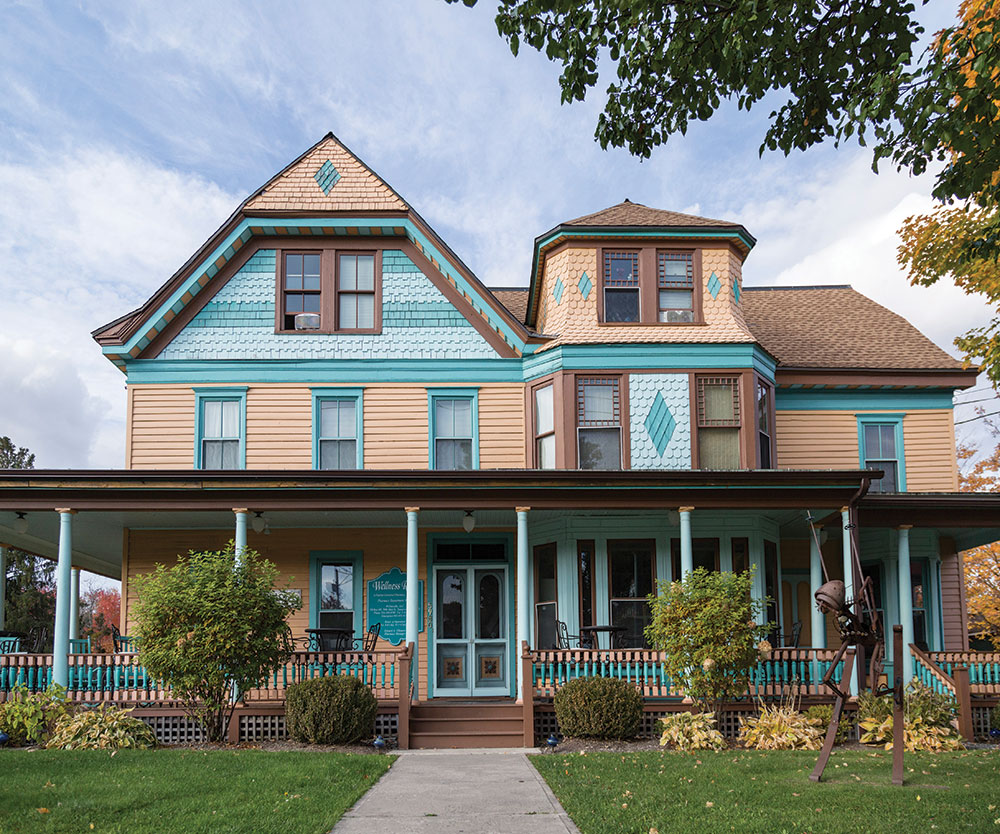 Tannersville, which has a sizable population of weekenders, is very affordable; The median listed home price is $219,000, but the median sales price is just $153,500. Prices range from $115,000 to $375,000 for a village home. A three-bedroom rustic bungalow on a large lot is listed at $159,000, while a spacious Victorian on Main Street, with large front porch, stained-glass windows, and an adjacent building lot, is selling for $125,000. A new two-bedroom townhouse with two decks and cathedral ceiling is priced at $219,000, while a 15-year-old three-bedroom home with gourmet kitchen and energy-efficient heating on five acres is selling for $649,000. Outside town, a Tudor manor with formal gardens on six acres abutting state land is priced at $849,000, and 20 acres of land, including stream, pond, barn, septic system, and electric service, is listed at $450,000.