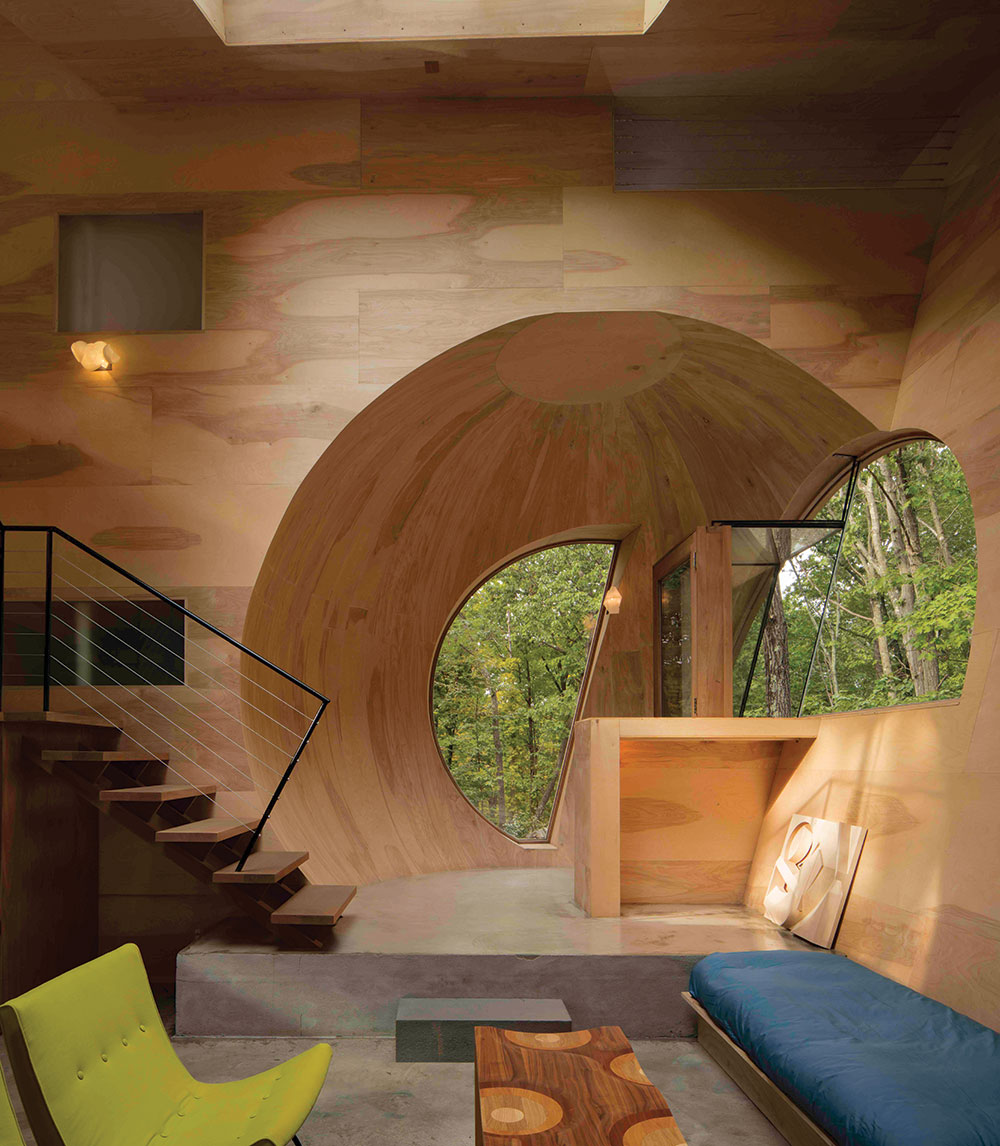 Holl, one of the world’s foremost architects, began his career designing private homes and other spaces; today, his work focuses on commissions for public buildings at universities and cultural institutions from around the world. Recent projects include the Kennedy Center Expansion in Washington, DC; the Museum of Fine Arts in Houston; Maggie’s Cancer Care Center in London; the Arts Building at Franklin and Marshall College in Lancaster, Pennsylvania; and the Hunter’s Point Community Library in Queens.

The Dorsky exhibition’s curator, Nina Stritzler-Levine, director of the Bard Graduate Center Gallery in New York City, notes that Holl currently has several commissions underway in France, China, and the US, and he recently won a competition in Russia. “It’s quite a fantastic thing for the Dorsky to do this exhibition,” she says. “After all, Steven Holl lives right across the river, and it’s fantastic for the people of this region to have him right in their own backyard.”

Yet throughout Holl’s career, despite growing demand, he has retained a hermetic practice. Each design emerges from the sketches and small paintings he completes each morning; by insisting on letting architecture grow out of art, Holl has been able to run a highly productive firm while resisting corporatization. “He’s interested in the mind and hand connection, that’s a critical part of his process,” says Stritzler-Levine. “His process has such depth.”

The Hudson Valley has been vital to Holl’s success. “In his Rhinebeck home, he has two places to work: a watercolor hut on Round Lake and a studio at his house,” says Stritzler-Levine. “It’s a creative place for him and he works there and uses the place for inspiration. Ritualistically, he gets up every morning and works. He’s committed to doing this anywhere he is in the world, because it’s the means by which he searches for ideas and presents ideas and thinks through architectural problems.”

Each of Holl’s projects, adds Stritzler-Levine, is formed “by the possibility to elicit sensory experience—he’s very interested in the relationship between architecture and neurology, how the brain responds to space. His watercolors are the basis of that process. He does hundreds for each project.”

In most other architectural practices, design concepts are developed on computers, notes Stritzler-Levine, but not here. “It’s not a question of Steven Holl being a Luddite or uninterested in technology—quite the contrary,” she says. “In his office, watercolor sketches and drawings are taped to architects’ computers—they replicate his representations and the notes he makes in his sketches. Those drawings are reviewed by the client and models are made on a digital printer or by hand. There’s a real sense of craft.”

Showcasing Holl’s process is what the Dorsky exhibition is all about. On display are more than 150 models, plus sketches, watercolors, and notes for several projects, from conceptual planning to designs for minute details like doorknobs. And Holl is unabashedly open about his influences. His notes for the Hunter’s Point Public Library, for instance, includes a long list of great libraries from around the world and throughout history.

“There’s more of a relational context to Steven Holl’s work,” says Stritzler-Levine. “He collaborates with a myriad of artists, choreographers, writers; he’s interested in other practices and brings them to his own work, from Michelangelo to Piranesi to Russian Obstructionism and Modernism and Le Corbusier and Alvar Aalto; he’s overt in discussing this. There aren’t many architects who speak so openly about how they were informed by architectural history.”

Ultimately, Holl’s open incorporation of aspects of other architects’ work is a radical act. “He studies other buildings in depth, so why not speak through his work about the way he admires others, why not put that to use?” asks Stritzler-Levine. “What is original? As an architect, Holl wants to be original and innovative but in design, but he’s also original in logic and creative and expressive continuity, in using what’s prevalent and what he admires. That makes his work one of the most interesting, moving, and evocative architectural experiences.”