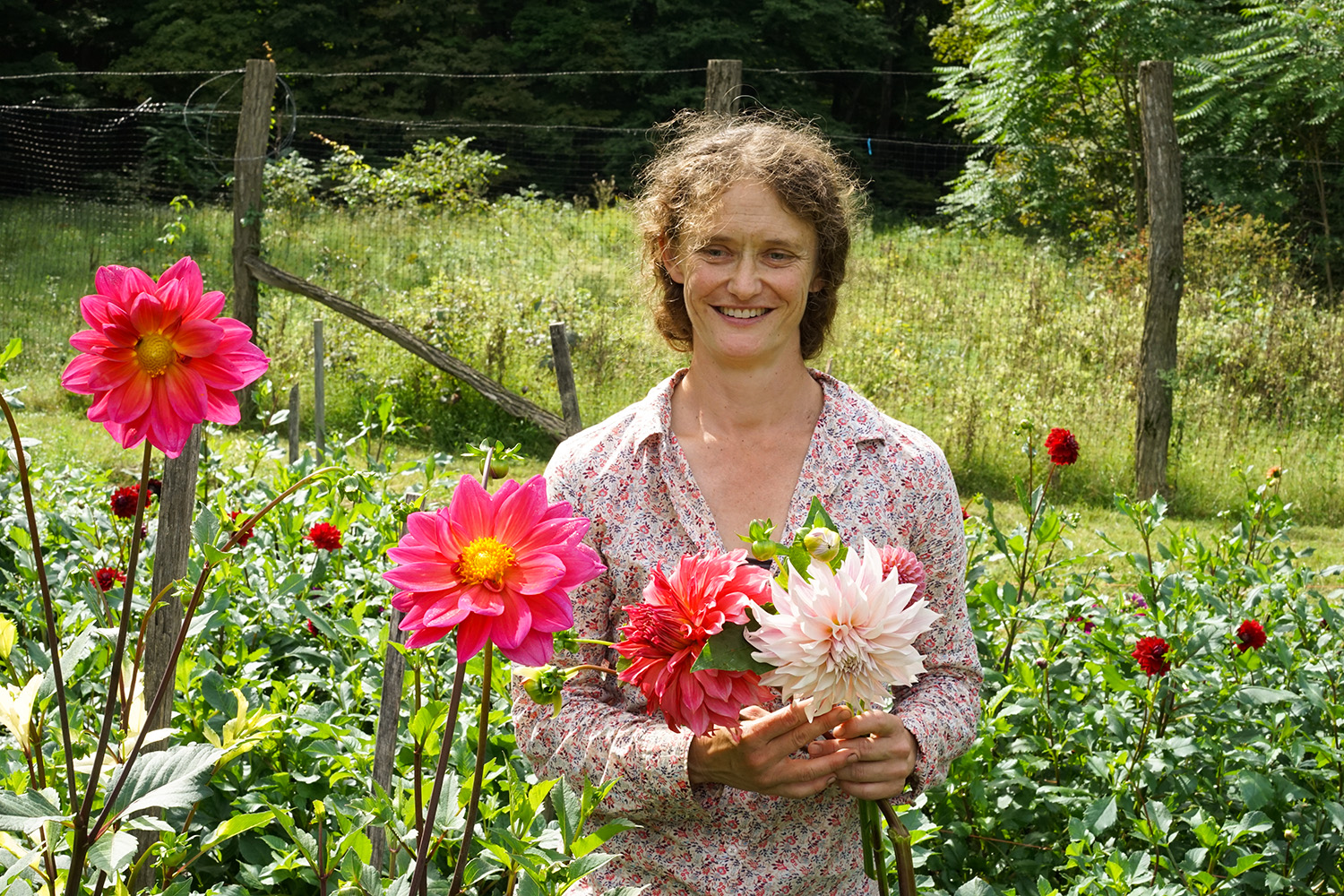 The historic 430-acre Rokeby estate is perched on the Hudson’s banks in the northern Dutchess County hamlet of Barrytown, just south of Poets’ Walk Park and less than five miles west of Rhinebeck.

According to the estate’s records, the Lenni Lenape tribe once planted maize and squash on Rokeby’s grounds. In the early 1700s, the land was included in parcels allotted to German Palatine settlers by landlord Colonel Henry Beekman, in exchange for partial rent payments in the form of “good merchantable winter wheat” from the land they tilled. Though Rokeby has since passed through nine generations and experienced many incarnations, these days, Beekman’s direct descendent, Marina Michahelles, is ensuring that farming is part of the estate.

Beekman’s property passed to his daughter Margaret, who married into the prominent Livingston family; in 1811, several adjoining farms were consolidated into a farm-estate dubbed “La Bergerie” (or, the sheepfold) by Margaret’s daughter Alida and her husband, General John Armstrong, who established a short-lived Merino sheep farm with animals gifted by Napoleon Bonaparte. The main house, inspired by French country homes, was built in 1815 (and is listed on the National Register of Historic Places). 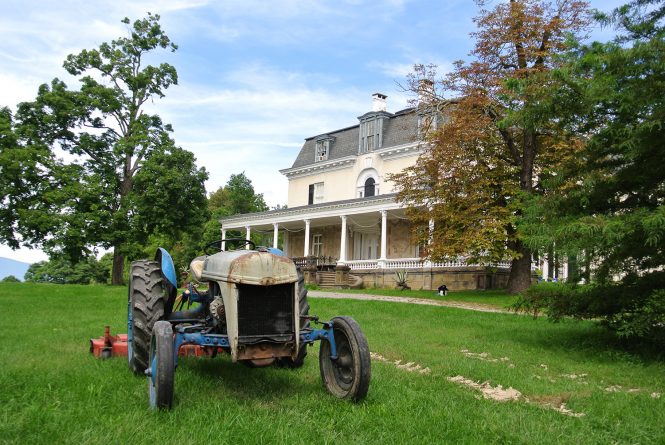 When William B. Astor, son and main heir of America’s first multimillionaire, John Jacob Astor, married into the Livingston family in 1818 and began living on the property, the estate was renamed Rokeby, after a Sir Walter Scott poem beloved by Astor’s wife, Margaret Rebecca Astor (née Armstrong). In 1899, Astor’s great-granddaughter, Margaret Livingston Aldrich, developed a dairy farm that lasted through the first half of the 20th century. But then, for about 50 years, the land lay dormant.

Michahelles, who is Margaret Livingston Aldrich’s great-granddaughter, is a resident of Rokeby and the powerhouse behind Shoving Leopard Farm, which she established in 2006 and has run single-handedly ever since. “Rokeby itself always had some form of agriculture,” she says. “The use of the land for something productive gives both aesthetic satisfaction and a deep sense of accomplishment, and, not unimportantly, a connection to the community.”

Community connection is a driving force for Michahelles. “I think that just in terms of my personality and in my upbringing, being curious and interested in people has always been part of how we communicate as a family,” she says. Hardly a hoity-toity heiress, Michahelles is a down-to-earth, cheerful, dirt-under-the-fingernails type who lives full-time in Rokeby’s 200-year-old, 43-room main house with her husband, Louis, along with her uncle, Richard Aldrich, and his wife Ania.

Family stewardship of Rokeby extends to a handful of other relatives who inhabit additional houses on the grounds, including Michahelles’ cousin, Alexandra Aldrich, who penned a memoir of her childhood at Rokeby, The Astor Orphan, in 2013, as well as Michahelles’ sister, Sophia Michahelles, and her partner, Alex Kahn, who live at Rokeby with their five-year-old daughter Alida. Various other heirs visit annually. “In the summertime, piles of family come to stay, most of whom grew up in the house but now live elsewhere,” Michahelles says. 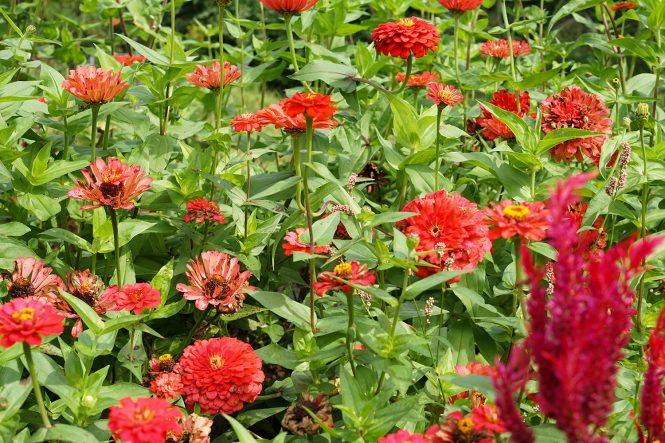 The Processional Arts Workshop, which specializes in pageant puppetry and works each year on New York City’s Village Halloween Parade as well as the local Sinterklaas Parade, is run by Sophia Michahelles and Alex Kahn in collaboration with Jeanne Fleming, who directs both parades and lives in one of Rokeby’s nine rental houses. Creativity, notes Michahelles, is common among Rokeby residents. “We have a poet and a writer; there’s currently a potter. There’s a woman doing some prints,” she says. “And, of course, [there’s] my sister and Alex doing the processional puppets. My husband is an oil painter. My aunt is an artist.”

But Michahelles’s own canvas is the land itself. Last fall, she wrapped up her 12th farming season. Growing up in Paris, her farming aspirations were stoked by visits to her grandfather’s farms in Tuscany and at Rokeby, where she spent her summers. At age 10, when her family moved to Massachusetts, she was introduced to homestead-style organic farming; in high school, while studying at the Mountain School in Vermont, she discovered her calling. “I had pretty much figured out by the time I was 16 that I wanted to farm,” she says.

Michahelles’s love of working with both the land and people is what drove her to create Shoving Leopard Farm (named for her fondness of spoonerisms). “I wanted to have a CSA because I love being around people,” she says.

After years of apprenticing on farms in Massachusetts and Vermont, she founded Shoving Leopard in 2006. The venture launched in 2007 as a small-scale market garden, graduating to a 15-member CSA, which included flowers; in 2013, Michahelles transitioned from produce to the more profitable flower market, with the exception of one small field that is still devoted to garlic. “It was the one vegetable, when I stopped growing veggies, that I was like, ‘I can’t live without it,’” she recalls; the farm’s 200-pound annual bounty of soft-neck and hard-neck garlic varieties is primarily sold to the farm stand at Red Hook’s Montgomery Place Orchards.

Organic Flowers for Weddings & Then Some

Shoving Leopard’s 1.5 acres of flower gardens are rotated around four quadrants of permanent beds surrounding a flower labyrinth. No synthetic fertilizers or pesticides are used; Michahelles relies instead on crop rotation, compost, and organic fertilizer. More than 100 varieties of annual and perennial flowers are produced, from spring bulbs (like tulips and hyacinths) to summer blooms (zinnias, sunflowers, marigolds, and more) to fall dahlias.

The farm is partially supported by CSA shares, which routinely sell out. (Spring’s five-week share starts in mid-April at $95; summer’s 12-week share begins in late June for $200; fall’s six-week share starts in late August at $95.) Members can pick their own favorite bouquet weekly from the flower labyrinth or pick up precut flowers at Shoving Leopard or Sawkill Farm in Red Hook. 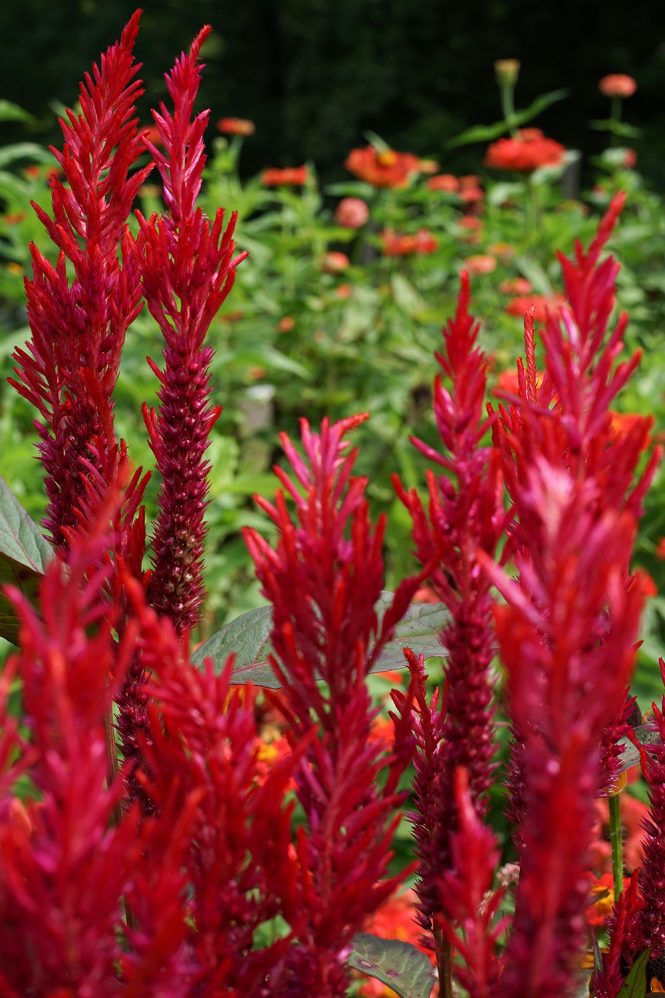 A portion of Shoving Leopard’s proceeds support the farm’s side project, Abloom, a “flower-recovery” program founded in 2016 by Michahelles and her friend and longtime CSA member Marla Walker, a Rhinebeck-based interior designer. Their mission is to “rescue” flowers (for a small fee) after weddings and events and redistribute them for free at local needs-driven organizations, including homeless shelters, senior homes, food pantries, and the Astor Home for Children.

“Flowers typically just get thrown away” after events, Walker says. “Any florist you talk to will tell you it’s this horrible tragedy.” Abloom has saved countless floral arrangements from dumpsters, allowing them to live on to enliven other spaces. “That pleasure, joy, and mood that fresh plants and flowers put you in when you have them in your home is something that everybody should have,” Walker says.

So far, the responses from Abloom’s recipients have been universally positive. “Everyone’s faces light up. Everyone is happy,” Walker says. “Everyone wants to see flowers. It’s the most noncontroversial, easiest, simplest idea.” Ultimately, for Michahelles, rescuing and redistributing flowers matters as much as growing them. “Sharing of goods seems like such a beautiful and direct way to meet with people and connect with people in our community,” she says.