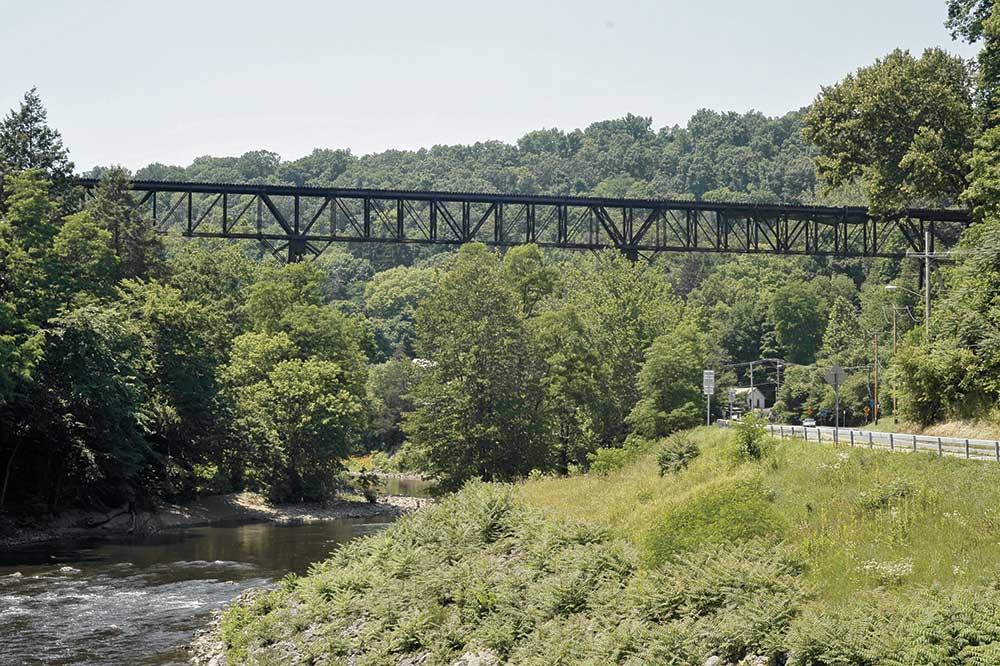 Nearest Hospital: HealthAlliance Hospital is located in Kingston, 8 miles away, with campuses on Broadway and Mary's Avenue.

Squeezed between Rondout Creek and Joppenbergh Mountain, smack in the center of Ulster County, Rosendale resembles a Wild West town, with its hodgepodge of tall storefronts hugging Main Street. Rosendale cement, made from local limestone, was used in the 1820s to build the D&H Canal and, later on, for the Brooklyn Bridge, parts of the U.S. Capital, Hoover Dam, and the New York State Thruway. As a mining town, Rosendale was rough-and-tumble. Prostitutes beckoned from the balconies that still grace many buildings, and Main Street, now lined with restaurants and shops, was crowded with bars. In the 1930s and ’40s, Rosendale was a popular vacationing place, thanks to the Wallkill Valley Railway.

Rosendale is an overwhelmingly creative community that combines the best of culture and nature. Every store in town presents a hand-painted wooden sign. The Rosendale Trestle, which soars 150 feet above the creek, is the crown jewel of a popular 22-mile rail trail. To the north, the trail passes by the Binnewater Lakes, where a four-star resort is being constructed on the site of the former Williams Lake Hotel, despite a long fight by local activists against the plan. A mile south of the trestle, on summer weekends, the trailside Rail Trail Cafe serves pizzas from its homemade clay over and hosts musical performances. 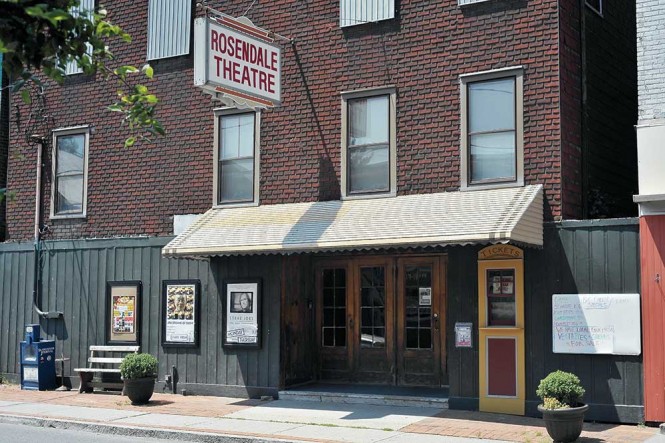 Some say Rosendale is what Woodstock strives to be. Although Rosendale no longer has the rundown, free-for-all housing that attracted hippies in the 1970s, it retains a leftist political bent and grassroots community. When the Rosendale Theatre’s last owner died, local citizens form the Rosendale Theatre Collective, which continues to show indie films and host performances. Nearby, the Rosendale Cafe hosts top singer-songwriters and musicians, art shows, and chess nights and Market Market Cafe is a hip musical venue and restaurant run by escapees from Brooklyn. The restored brick 1850 House, a hotel and restaurant located creekside, pays homage to Rosendale’s mining days. So does the Widow Jane Mine, site of the last cement mine, closed in 1970, which today hosts performances and provides limestone-rich water for artisanal Widow Jane Heirloom Whiskey, distilled in Red Hook, Brooklyn.

Rosendale cherishes fun. Every July, the Rosendale Street Festival features dozens of bands and crafts, attracting a crowd of 10,000. In November, Rosendale hosts the Pickle Festival, started by locals searching for a way to entertain visiting Japanese dignitaries (if you miss it, stop by Perry’s Pickles in town). In February, the Women’s Studio Workshop Chili Bowl Festival serves homemade chili in handmade ceramic bowls as a fundraiser for the world-class print- and paper-making center. In December, Frozendale offers hayrides and hot chocolate.

The average price in Rosendale in 2014 was $200,000; the median was $172,000. The market currently ranges from a handyman-special bungalow for $45,000 to an Italianate Victorian for $880,000. Main Street, which oozes charm with its quirky brick and clapboard two- and three-story buildings, is most desirable; across the creek, on James Street, are cottages, ranch houses, and Cape Cods in walkable distance from My Town Marketplace at Fann’s Plaza, Big Cheese deli, Alternative Baker, and weekly farmers’ market. Inventory is usually low, so houses sell fast. Taxes are reasonable compared to surrounding municipalities, but vary according to school district.