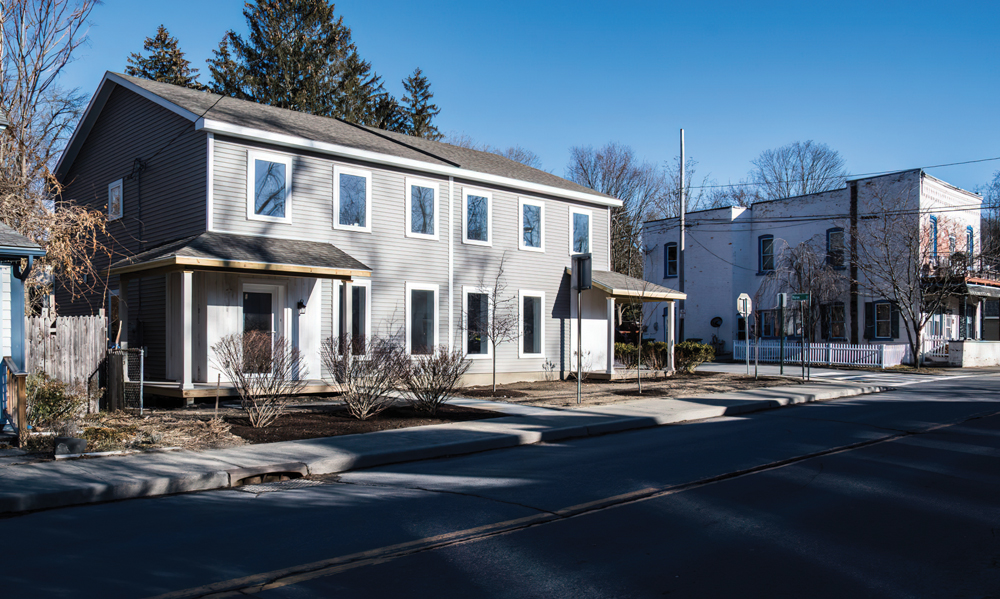 Passive House is one of the most stringent building standards for energy efficiency in the world. Defined by an air-tight envelope, continuous insulation, and triple-pane windows that reduce, or eliminate, the need for heating and cooling, the passive house standard surpasses other standards like LEED or Energy Star in its fight for energy efficiency.

Per the International Passive House Association, a passive house uses 90 percent less energy for heating and cooling than other code-compliant buildings in the same climate. Combined with balanced ventilation, it provides a comfortable indoor space even in extreme weather. As a result, a Passive House allows for drastic energy savings. It is also an opportunity to end our dependence on fossil fuels and reduce our carbon footprint; in addition, it allows us to electrify our buildings which are more compatible with renewable energy—this is the decarbonized energy grid. As for the name: It uses little to no energy, therefore it is passive. 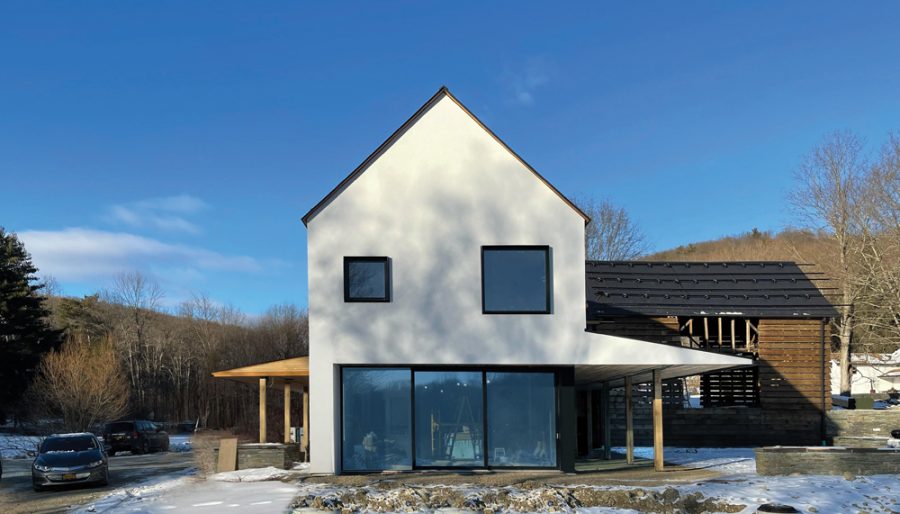 There are two narratives retracing the story of the passive house. Some say it was invented in the United States, others say it started in Germany. Depending on how you approach it, both are right. In 1976, a group at the University of Illinois developed a design called the “Lo-Cal” house—a play on low calorie, or low energy. Designed to achieve an uninterrupted, high level of R30 insulation—a measure of resistance to heat that varies from one material to another—the Lo-Cal house reduced heat transfer by adding insulation between two adjacent stud walls.

This was the start of the “superinsulated” house defined by high insulation levels all around the building envelope. A year later, the Saskatchewan Conservation House was born, this time with R40 walls, an R60 roof, triple pane windows, and an airtight envelope.

Across the Atlantic and in the late `80s, German physicist Wolfgang Feist took those ideas and created the Passivhaus program. Dr. Feist set out to standardize the practices by turning to practical issues of heating systems, heat distribution, windows, roofs and ventilation systems, all which were quantified to form a clear set of targets with little room for ambiguity.

In 1991, the first such Passive House—a multi-family house where Dr. Feist lived with his family— opened in Darmstadt Kranichstein, Germany. Since then, Passive Houses have emerged all over the world. In 2003, the Smith House—in Urbana, Illinois’s cold and humid climate—became the first passive house in the United States, courtesy of architect Katrin Klingenberg, who went on to create the Passive House Institute US (PHIUS) in 2007.

A separate entity from the Passivhaus Institute in Germany, PHIUS—a nonprofit organization— is now the leading passive building standard institute in North America. Its PHIUS+ Certification Program is the only passive building certification that combines a thorough passive house design verification protocol with a stringent Quality Assurance/Quality Control program. In other words, it is a metric that ensures the quality of a building’s energy savings.

After a slow start, Passive Houses have grown exponentially over the past few years. In 2010, in the Hudson Valley, Hudson Passive Project became the first passive house to be certified in New York State, to a design by BarlisWedlick Architects in partnership with the Levy Partnership and NYSERDA. Since then, a number of sustainability-driven architects, developers, and builders have been leading the way in green building with a plethora of passive houses along the valley.

Stephanie Bassler and Peter Reynolds co-founded North River Architects in late 2009. Coming up from New York City, Bassler had moved upstate three years prior, committed to improving her skillset in energy design. Bassler became a certified Passive House consultant over the course of the firm’s first foray into passive houses: the Women’s Leadership Center at the Rhinebeck’s Omega Institute. In 2017, the firm also completed its first residential Passive House in Accord—a simple yet flexible structure inspired by the region’s quintessential barn architecture.

For Bassler, the incentive for individuals to get onboard with the Passive House standard is lower in the US because energy is cheaper here than in Europe. For the most part, systems like triple-glazed windows—a Passive House staple—remain imported, and electric heat pumps have only been adopted significantly in the last five or six years. “Our aim in propagating this method and teaching this construction method is also about broadening the market,” she says.

In June last year, a multifamily building, designated to low-income residents, opened its doors in the City of Newburgh. Led by Michael Robinson of Urban Myth Construction, with John Loercher of Northeast Projects, the historic townhouse on North Miller Street was retrofitted to Passive House standards, with 800-square-foot apartments designed to keep utility costs close to zero year-round.

Robinson was inspired by Tim McDonald, an architect and builder known for his work with multi-family passive houses in Philadelphia. “People think Passive House is for the wealthy, but by the same token, it’s one of those things that amortizes into nothing,” he says. Robinson is now working on a single-family house in Cape Cod. He’s building it to Passive House standards, but it won’t be certified. “A lot of people don’t certify because it costs in the vicinity of $10,000 after all is said and done,” he says, though the cost of certification varies on location and availability of incentives.

For a house to be certified, it needs to go through a number of rigorous tests to ensure the Passive House metrics have been met—like a blower test that measures air leakage in the building shell, which must be virtually airtight. “You know the house works,” he says. “It’s been put through the modeling rigors that a home should be put through.”

The Passive House standard is growing, and with it, a network of green energy consultants is growing. Michelle Tinner is one of them. A senior project manager at Sustainable Comfort and president of the Passive House Alliance Hudson Valley chapter, her mission is to help Passive House enter mainstream building standards.

“The level of interest from project teams to pursue Passive House has grown exponentially over the last two to three years,” says Tinner, for whom drivers for adoption abound. “Some developers are mission driven,” she says. “We need to clean the grid and get away from fossil fuels. Passive House provides a logical solution by reducing the overall energy demand.”

For the general consumer, some challenges—mostly around construction costs—remain. Per PHIUS, a passive house typically costs about 5 to 10 percent more than a conventional home, with larger, multi-family buildings only costing up to three percent more than a building built to an Energy Star baseline. Even so, more and more manufacturers are starting to produce triple-glazed windows in the US, and building materials are slowly getting cheaper. “Yes, it can cost more, but there’s a perception shift needed to think about lifetime cost,” she says.

In the certified CreekView Apartment Development—an affordable housing community that opened in 2019, in the Finger Lakes city of Canandaigua—most units are all-electric and the buildings are effectively air-tight, saving on heating and cooling costs. Passive House, then, is emerging as a hopeful tool for energy restorative justice. It can give people energy equity and bring low-income populations, like those in CreekView and like the North Miller residents in Newburgh, out of energy poverty.

Ultimately, a Passive House is about an extremely comfortable lived experience. As Robinson describes it: “It’s a dwelling that even without power, or the assistance of generated electricity, can sustain itself. But more to the point, the way people should be talking about Passive House, is it’s the most comfortable and potentially the most affordable house that you will ever live in.”