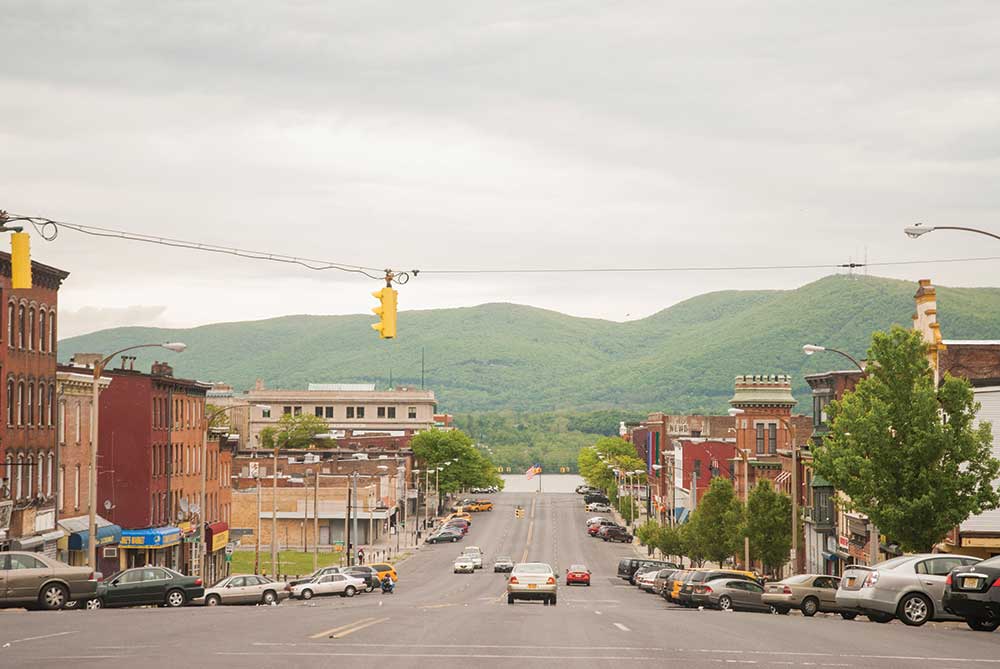 Transportation: Five miles to Metro-North station in Beacon; the Newburgh-Beacon Ferry runs weekdays; six miles to Stewart International Airport; the Short Line and Adirondack Trailways buses stop in town, and run both north and south from the city of Newburgh; Interstate 87 is three miles away and the Palisades Parkway is about five miles south.

Nearest Hospital: St. Luke’s Cornwall Hospital is in the center of town.

Points of Interest: Newburgh is most famous for George Washington’s Revolutionary War headquarters, which stands in the center of town. The Crawford House, a neoclassical mansion, is home to the Historical Society of Newburgh Bay and the Highlands, which holds many events, including an annual candlelight tour of some of the city’s grand homes. Newburgh has several neighborhoods of intact 19th-century homes, including the East End Historic District, Washington Heights, and Colonial Terraces, a planned community from World War I, designed by architect Henry Wright. Safe Harbors, an affordable housing and arts nonprofit, holds art shows and musical events in the restored Ritz Theater in town; the group has spearheaded mural projects all over town.

Newburgh is a city of contradictions: gritty and glamorous, dilapidated and grand. It is rich in history but its present is still a bit on the wobbly side, and the future is uncertain. It’s home to George Washington’s Revolutionary War headquarters as well as some of New York State’s grandest 19th-century houses, many of them designed by famous architects. The city is situated in a transportation nexus: across the Hudson River from Beacon and its Metro-North stop (a ferry from Newburgh to Beacon runs each weekday); near the crossroads of 1-87 and 1-84, and a few miles from Stewart Airport.

Even with all that going for it, Newburgh has hit upon hard times. It’s a rust-belt city, having lost its shipping industry and many other trades as the US de-industrialized. Urban renewal gutted the city’s historic district and replaced a third of the grand homes with humble cookie-cutter apartments. There’s blight and decay and a really, really bad reputation.

Still, it has a committed cadre of boosters who say life in Newburgh bears no resemblance to the hype. The violence, they say, is limited to a few bad blocks, and while there is property crime, plenty of other Upstate cities have burglaries and car break-ins. Meanwhile, an infl ux of artists, artisans, and small businesses from New York City is breathing new life into Newburgh.

One thing is for sure: It is home to some of the most beautiful houses in New York State, and almost all of them are affordable.

Most Newburgh residents are passionate about their homes. There are dozens of community groups, nonprofi ts, and websites all gunning for the city to bounce back (and occasionally arguing with one another about how best to do that). The poverty is visible, and unemployed folks hang out on the historic streets. (“Visitors sometimes mistake these neighborhoods as dangerous, when in reality people might be barbequing on the street,” said one resident.) 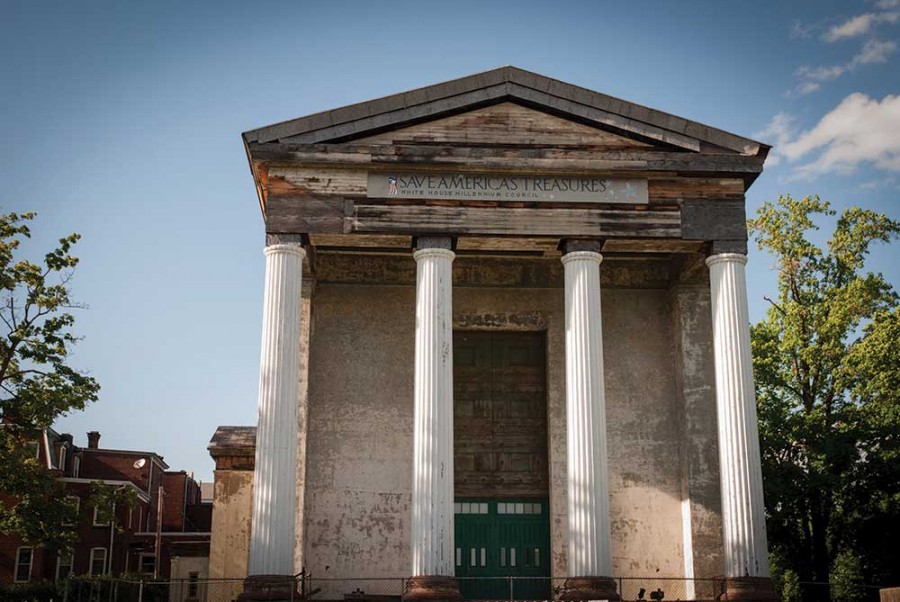 The bounce back is visible too. Liberty Street (known as King’s Highway before the Revolutionary War) is the site of a nascent renaissance, with new caf.s and bars popping up within spitting distance of Washington’s Headquarters. The real heart of both the culinary scene and the community spirit takes place at Newburgh Brewery, opened by two young men who learned the trade in the city and came back to Newburgh to help reshape its reputation and its business scene. Its taproom, serving local Hudson Valley fare, is packed most nights, and it’s the site of many fundraisers and community events.

The bulk of Newburgh’s fine-dining establishments are along the waterfront near the ferry dock, where a movie theater and a live theater have recently opened. The website Newburgh Restoration chronicles  the ever-growing business, arts and community scene.

Andrew Jackson Downing, the founder of American Romantic architecture and the mentor of Calvert Vaux and Frederick Law Olmstead, among others, created some of his most important works in Newburgh. Some are restored. Some are in disrepair. Some are downright abandoned.

As such, Newburgh has dozens of historic homes on the market, ranging from renovated Second Empire Victorian homes with river views—those can be had for under $400,000—to fixer-uppers for less than $50,000. There are tens of homes in foreclosure, and the city’s land bank has counted at least 700 abandoned properties.

Some of them are magnificent. The range and variety of architectural styles will delight old-house buffs: Gothic Revival, Queen Anne, Richardsonian Romanesque—the list goes on. The city’s reputation and the sensationalizing of its troubles in the media are the primary reasons for the prices. But the taxes don’t help the cause: $7.84298 per $1,000 assessed value, and that’s not including county taxes. The city does offer tax breaks for various kinds of historic restoration.