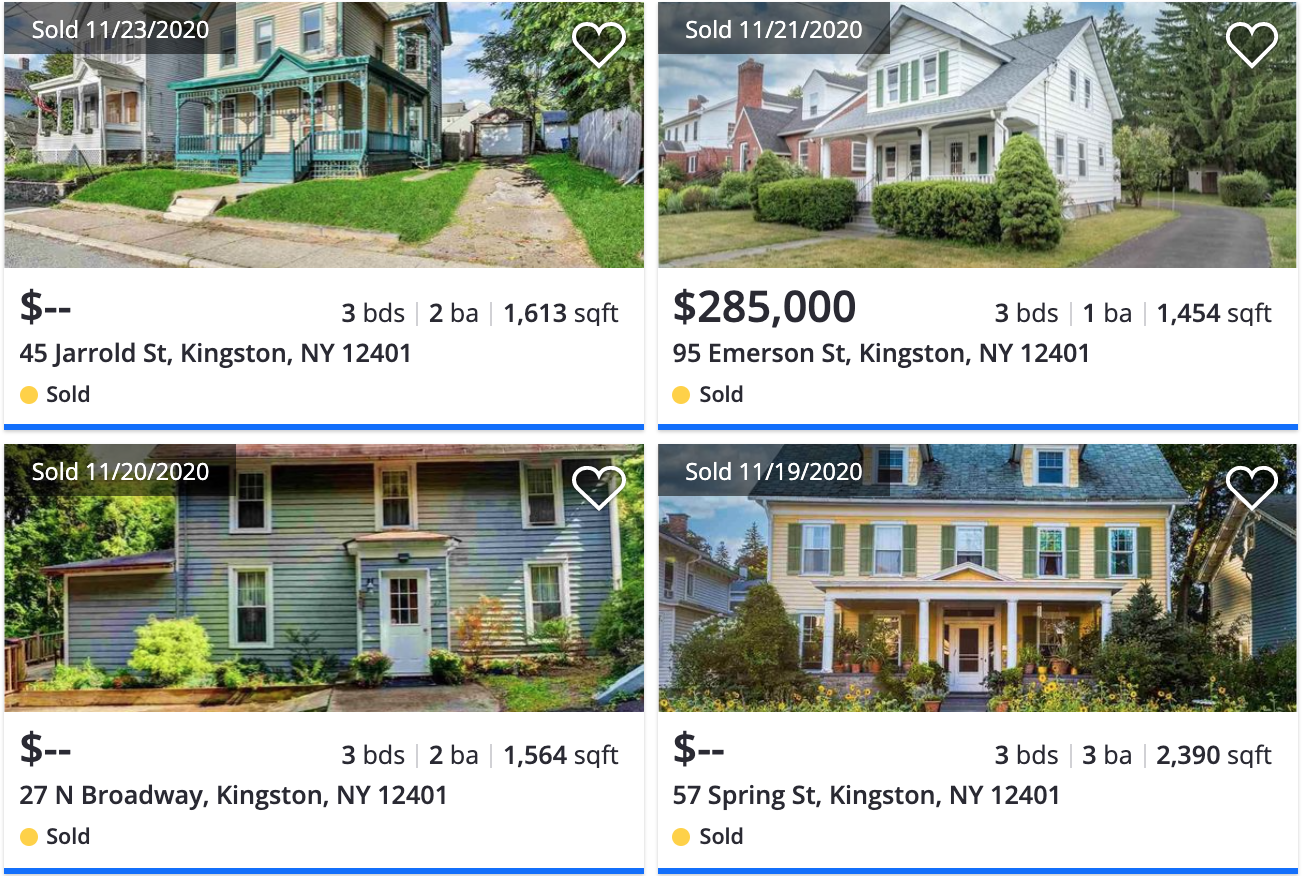 Here’s a story typical of what’s been happening in the real estate market since mid-March, told to me by Jason Karadus, a partner at Corcoran Country Living with offices in Rhinebeck and Millbrook. In August, a luxury home in Staatsburg went on the market on a Friday for just over $1 million. Over the next two days, 16 prospective buyers booked appointments to see the house—all from New York City. By the end of the week, there were three bids over the asking price and the house sold at 15 percent over asking price. While the Staatsburg home was at the upper end, Karadus notes similar action across the market spectrum. “We’ve seen panic buyers come in ready to write a check for $400,000 just so they could get out of the city, get out of a condo with 400 units,” says Karadus. “We’ve also seen city people come and want to buy and move in that weekend. It’s not panic, it’s immediate gratification.”

In the period from March through October, there has been an unprecedented rise in home prices across the region, continuing a trend that’s been building over the past few years. Creative class professionals have been relocating to the Hudson Valley from New York City with high-paying jobs, and they have been slowly and steadily helping to drive up prices. When the pandemic hit, affluent New Yorkers showed that they were willing to pay a premium— sometimes 25 percent over asking price with all-cash offer—to escape a city under lockdown.

“We had a trend in the past couple years of low inventory and the market climbing, but climbing at a reasonable rate,” says Joan Lonergan, founder of Coldwell Banker Village Green Realty. “When COVID hit, there was this mass exodus. We have never seen prices go up as much as they did in the six months since the pandemic. You’re looking at an average rise of 17 to 20 percent in prices over the previous year. Historically, there’s been nothing like it.”

In Ulster County, according to Lonergan, there was a lot of interest in the $350,000 to $600,000 price range. “Properties that that might have gone at one time for $250,000 or $300,000, now because of COVID, they could get an increase of 10 to 20 percent,” says Lonergan. “This creates a lot of stress on the lower end of the market, where you really talk about affordable housing for local people.”

Lonergan also notes that the spike in housing prices has adversely affected the availability of apartments. “The rental market is practically nonexistent,” she says. “For all those people who can’t find a house, it’s not like they can find a high-rise apartment building and move in. They can’t. There is nothing, or even a rural rental. Those have also gone through the roof. A lot of people who were doing Airbnb before are finding their Airbnbs flooded with people who are needing some kind of a longer-term stay until they find something to buy.”

The emergence of the region as a hot destination over the last decade also set up the towns north of New York City to be seen as soft landing spots during the pandemic. This strain of media coverage was typified by an article on Beacon in the New York Times in late October with the headline: “Beacon, NY: An Arts Hub Turned Refuge for the Pandemic- Weary.” The piece noted that a one-bedroom condo in a former factory on the east end of Main Street was listed for $769,000.

“The Hudson Valley has become a brand in the way the Hamptons is a brand,” says Andrew Gates, a Millbrook-based broker with Houlihan Lawrence. But despite the historic price trajectories seen in the region, the Hudson Valley is still an order of magnitude less expensive than the Hamptons. “There are people who’ve had a house in the Hamptons who are surprised at what they get in Millbrook for a fraction of the cost,” says Corcoran’s Karadus.

Winter Is Coming, Sort Of

Despite the fact that winter is a historically slow time for real estate, the brokers I spoke to thought that the pace of sales would drop off slightly but continue straight through to spring. “I think we’re going to see transactions through the holiday season,” says Karadus. Lonergan believes that sales will continue, but there will be price adjustments. “Buyers who were looking at ridiculous, insane prices are just not having it and saying no. Buyer fatigue is setting in a little—people are just not willing to slap down anything to find a home.”

Looking further into the future—post political realignment, post pandemic—Houlihan Lawrence’s Gates predicts another wave of immigrants to the region: climate refugees. “The recent wildfires have made the air quality in major West Coast cities untenable,” says Gates. “It’s on the level of Beijing. I was stunned by what happened in California this year. This is not a tomorrow thing, this is hard upon us now. I’m surprised there haven’t been more calls from California.”

He notes three major advantages New York has going for it in a warming world with volatile weather: few natural disasters (those who experienced the ravages of Hurricane Irene in the Catskills might dispute this); even as the world warms, the Hudson Valley will be cooler than many other places where people will be fleeing, like the desert Southwest; and we have a thriving community of small farms and the ability to increase our agricultural output. “We are well positioned up here for climate change,” says Gates. “The influx of climate refugees has the potential to make the COVID exodus look minor.”