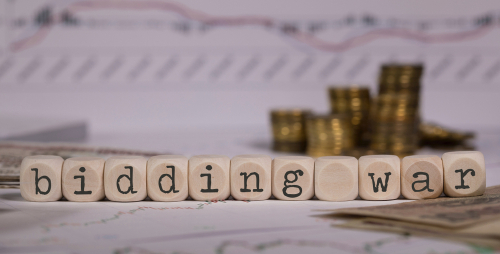 Last year, when the Hudson Valley was deep in lockdown, the housing market was still booming. Sellers couldn’t get their homes on the market fast enough as buyers snatched up—in record speed—whatever became available. Bidding wars became the norm.

One year later, home resale inventory is at a record low and new construction has suffered from a shortage of supplies, workers, and even land to build on. What will it take for the housing market to return to a state of equilibrium between supply and demand? We checked in with some building and real estate leaders to find out what you can expect if you want to buy or build a home in the Hudson Valley anytime soon.

“I believe the market is near its apex,” says Joe Czajka, senior vice president for research, development, and community planning with Hudson Valley Pattern for Progress. According to Pattern’s second quarter Regional Housing Market Report,
data shows the continuing trends of a strong seller’s market, with the amount of new listings increasing but inventory being sold faster than they appear. Research shows that homes under $275,000 are sorely needed. The number of homes for sale was down 31.1 percent compared to the second quarter of 2020, ending with 3,829 fewer homes for sale than the same time last year.

“Prices will stabilize toward the end of the year as the demand subsides,” says Czajka. “Further, I think interest rates will likely rise and there will be a ‘return to the office,’ as remote work diminishes, which will temper the demographic shift from New York City and thereby influence demand. As goes New York City—so goes the Hudson Valley. Overall, demand will likely outpace supply for another 12 to 18 months.”

Chuck Petersheim, owner of home-building outfit Catskill Farms, also doesn’t see the market changing anytime soon. “I believe the supply and demand of housing in the Hudson Valley will remain unbalanced for the long term,” says Petersheim. “Even if a lot of new construction came onto the marketplace, that effort would be quickly diluted because there is not enough land available in the Hudson Valley to meet demand for new housing.”

Lisa Halter, principal broker/owner of Halter Associates Realty in Woodstock and Kingston, agrees that it’s going to take a long time to return to the days when there were plenty of homes available in all price ranges. “In addition to the rising costs and difficulty obtaining building materials, zoning requirements for some areas are onerous,” says Halter. “Many areas do not have town water or sewer, and each lot is unique, requiring individual engineering and architecture as opposed to old-style subdivisions on level parcels.”

Halter suggests that zoning requirements should be updated to allow for more cluster developments. “The old-school style of building one house on three- or five- acre parcels creates sprawl and isn’t environmentally friendly,” she says. “But there’s always a tension between providing needed housing and preserving the open spaces that make the Hudson Valley so desirable in the first place.”

A New Class of Locals

The region has always been a popular second home location for New York metro residents, and Andrew Mason, New York Area Developer for Green Homes Builders USA, says that during the pandemic, these people decided to live here permanently.

“Many of those with their main residence in the Hudson Valley are staying put for now,” says Mason, who explains that this disparity between local residents and the wealthy weekenders is both a blessing and a curse.

“These weekenders’ voracious consumption has allowed many local businesses to thrive and has helped many previously less-gentrified towns and cities to flourish,” he says. “The problem lies in the fact that there eventually becomes only two types of housing— the more affordable home that was built many years ago to house people permanently living in the area and the posh homes of the wealthy weekenders.”

Unfortunately, he continues, the pandemic has only exacerbated this situation, though it could help to create an affordable housing initiative. “Builders and developers can help change the affordable housing shortage by building attached homes, multifamily dwellings, and smaller, energy-efficient, single-family, green homes; and many are doing just that,” says Mason. “Any builders or developers who began some type of housing project because of or during the pandemic may still be in the approval and permitting process, so that new inventory can’t yet be considered.”

When asked, “When will the market return to normal?” Czajka answers by saying that the new normal needs to be defined. “In today’s new technical and digital age and speed of marketing a property, there’s essentially no ramp-up period to get a home in front of potential buyers,” he says. “A home can easily be widely marketed within a few days. Therefore, the six-month rule of a balanced market should be dropped to four months.”

“Regardless of the market being in a state of equilibrium or not—prices have risen to new heights and buying a home in the Hudson Valley is costly and we are in a housing crisis,” says Czajka.

Looking into the future with a crystal ball Czajka says he wishes he had, he urges local leaders, municipal boards, and decision makers to “embrace the demand for housing, address the needs of essential workers, and foster the ability to build affordable options for people to live in the communities in which they work.”