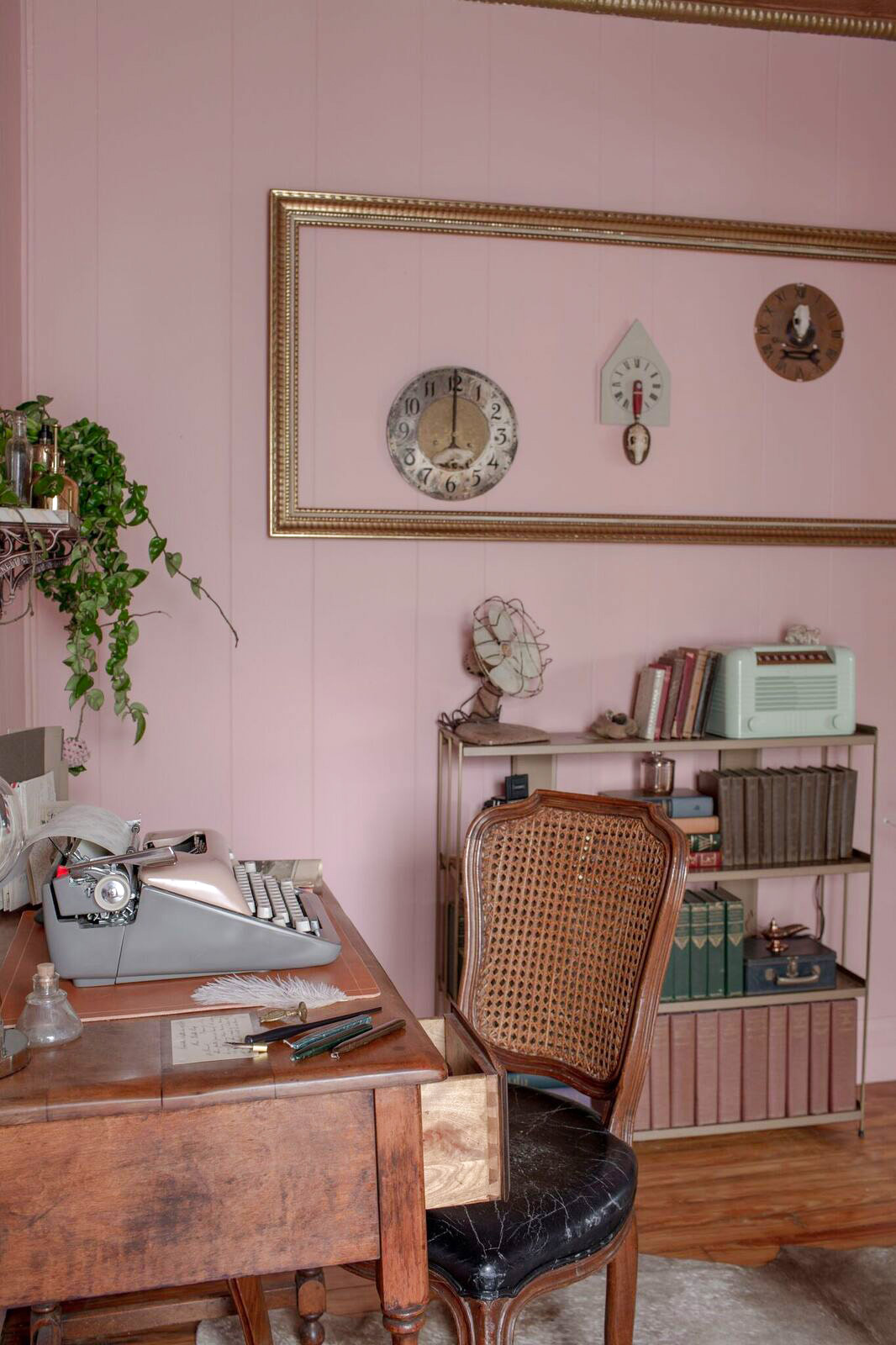 The Hudson Valley is experiencing a renaissance, with newcomers flocking here from New York City and far beyond to start new businesses, restaurants, and creative ventures. But, traditionally, due to the region’s far-flung cities and towns, designers and makers have tended to work in isolation. Until now. Welcome Kingston Design Connection, interior designer Maryline Damour’s new organization for regional architects, designers, and makers.

A former New York City marketing director, Damour was inspired by her 19th-century weekend house in Kingston’s Rondout to study interior design at Parsons; she moved upstate full-time in 2014 to start her own design firm. But by 2017, she was still commuting to the city. “I had a difficult time meeting others in my field,” she says. “So I started asking anyone I met from  my industry, ‘How are you connecting in the Hudson Valley? I kept hearing, ‘There’s no real design community up here.’ That made me think maybe there was something I could do to help the situation.” 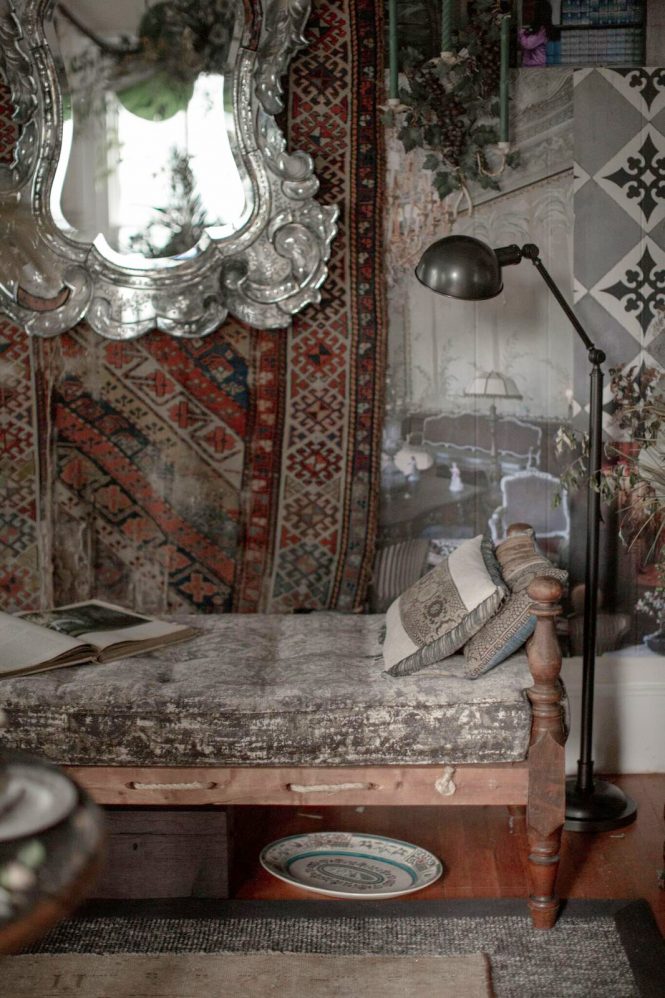 Damour researched the design scene at local events. “There was actually a ton of designers, and a lot of design events going on,” she says. But the events “were specific to makers, leaving out interior designers, graphic designers, architects, builders—people who don’t make three-dimensional, small-scale things that clients can buy, but are part of the same industry.” She decided “it would be great to come together as a group and present ourselves as a connected creative community.” 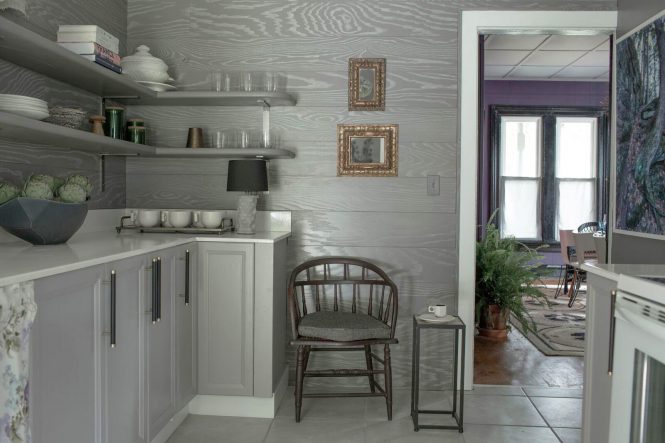 Each participant designed a room—Damour did the kitchen. A few participants even collaborated: Landscaper Scott Zimmer of Zimmer Gardens and creative consultant Kat Hammill did the grounds; Kate Cummings of Freestyle Restyle and Jason O’Malley of Rural Modernist created wallpaper. The other participating designers were Margaret Verghese of South Manor; Charles Farruggio and Michael Van Nort of Fred; Christina Edwards of Northern Dwelling; Michael Carr of Michael Carr Design; and Sean Scherer of Kabinett and Kammer.

Throughout October, Kingston Design House was open to the public, allowing the designers to meet each other as well as potential clients. While the designers represent the entire region—hailing “from Andes to Poughkeepsie,” Damour says—the project has a decidedly modern, upbeat, Kingston vibe. “The theme was that each designer had to use the work of at least one Kingston-based artisan or artist in their room,” says Damour.  “We don’t need to go to New York City for sources anymore. Kingston is definitely having a moment.” 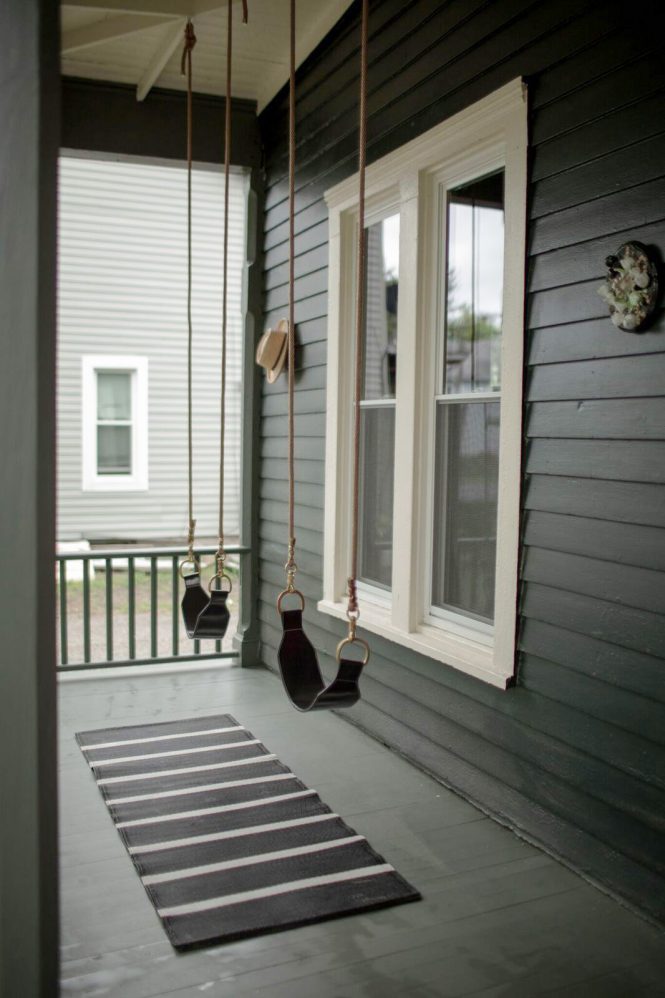 Twenty-five Kingston makers donated their work—including draperies, furniture, ceramics, fine art, and lighting. Proceeds from the showhouse tickets, which were priced at an affordable $10, benefited People’s Place, a local food pantry and thrift store. The showcase was such a success, says Damour, that she is in talks with Kingston city officials to turn it into an annual event. For information on the group’s future happenings, check it out on Instagram: @Kingston.design.connection.