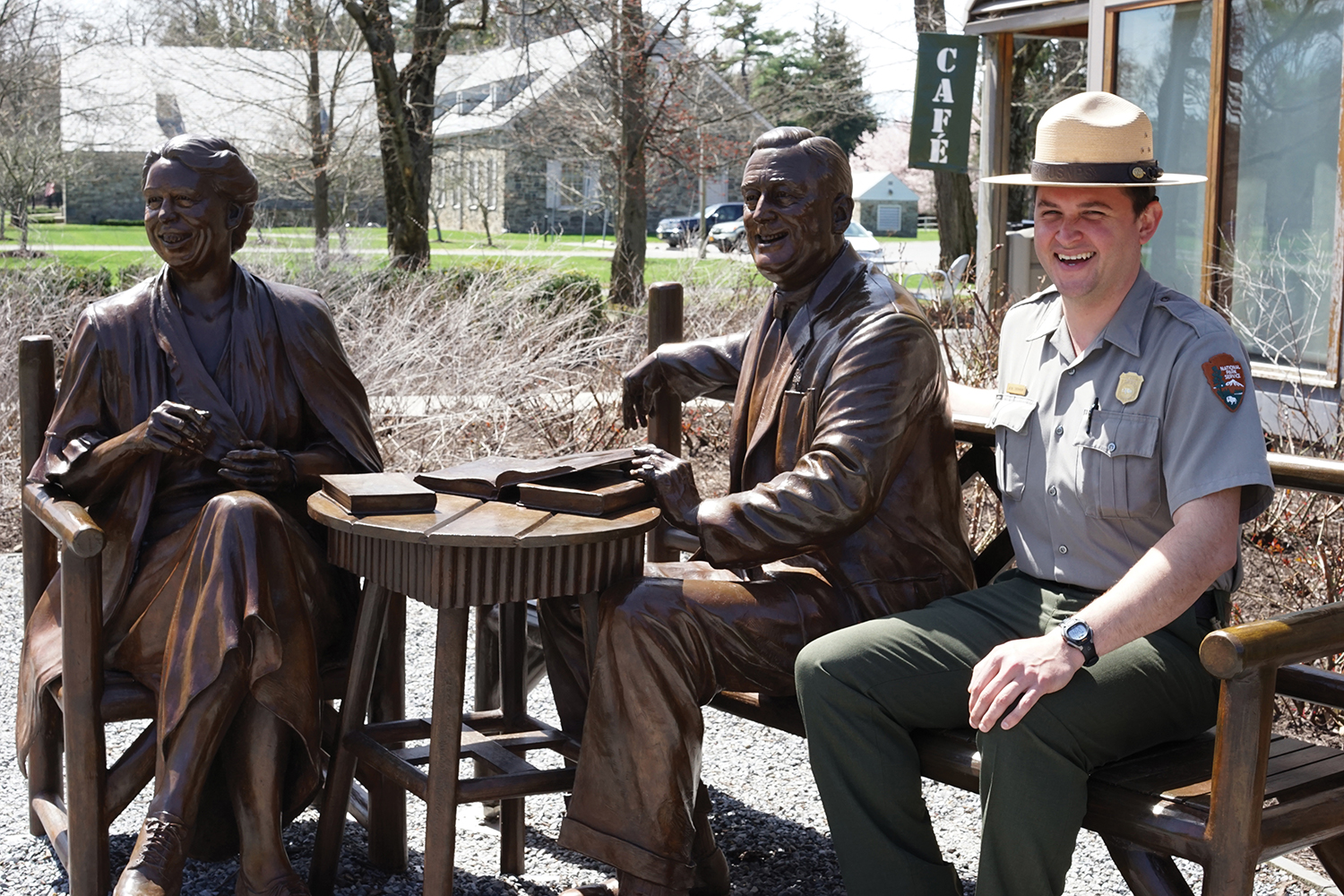 The charms of the Dutchess County town of Hyde Park are certainly no secret. The Gilded Age elite, industrialist titans, and prestigious clans like the Roosevelts and Vanderbilts have imprinted themselves on this community for generations, leaving legacies via vast public estates offering history, landscape design, and views of the Hudson and Catskill Mountains. But the story of Hyde Park, which is perched on the Hudson River’s eastern banks just north of Poughkeepsie and south of Rhinebeck, predates even the people who made it famous.

The town has roots as an agricultural, milling, and industrial community for 18th-century Colonists and the Quakers who followed. In recent years, Hyde Park has emerged as a culinary mecca, thanks to the 1972 opening of the Culinary Institute of America (CIA) on the grounds of a former Jesuit seminary.

“There’s still plenty of undeveloped property. We have a firsthand relationship with nature. We have deer, we have turkey, we have all sorts of critters in our yard.”

Linda Freisitzer, a retired social worker, has lived in Hyde Park for more than 45 years on a 10-acre lot in a house that her husband designed. They’ve stayed there, in part, because of the location. “You’re close to the city, you’re close to Albany,” she explains. “There’s still plenty of undeveloped property. We have a firsthand relationship with nature. We have deer, we have turkey, we have all sorts of critters in our yard.” Plus, she says, there are “spectacular views along the Hudson,” and “great restaurants around. There’s always plenty of entertainment.”

Apart from tourist developments, an improved culinary scene, and an influx of CIA graduates who opt to stay in the area, Freisitzer has observed minimal changes to Hyde Park. “It’s really a great community to live in,” she says. “We have so many blessings here, really.”

Nearby, the Eleanor Roosevelt National Historic Site, called Val-Kill, marks the modest cottage where the widowed First Lady, a driving force for diplomacy and activism in her own right, spent her later years. Nearby, the luxurious 54-room Beaux-Arts palace at the Vanderbilt Mansion National Historic Site—built in 1898 for Frederick W. Vanderbilt—is a monument to the wealthiest family in 19th-century America. 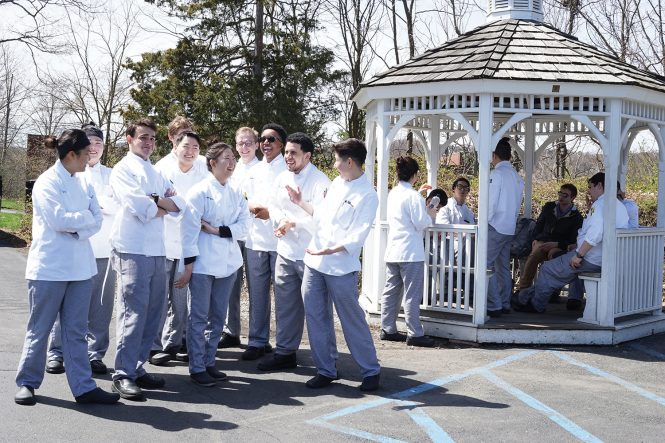 Team Sausage on break from class at the Culinary Institute of America.

The shopping here isn’t shabby. A seasonal farmers’ market runs on Saturdays, across from the town hall on Route 9; vintage treasures can be found at the Hyde Park Antiques Center and Hyde Park Consignments; the Artists’ Collective of Hyde Park showcases the local arts scene; and River Connection, specializing in outdoor adventure gear, sells kayaks and canoes and runs guided boating tours.

Parkland is in ample supply.  The eight town parks include the 45-acre Hackett Hill Park, with wooded trails, an outdoor pool, and a pavilion. Hiking trails abound thanks to the Hyde Park Trail System, a network spanning 34 miles, including a route connecting the Roosevelt and Vanderbilt estates. The town also hosts senior activities, youth summer camps, and special annual events, including a summer series of free lawn concerts on the grounds of the Vanderbilt mansion and Mills-Norrie State Park.

You needn’t be a Vanderbilt to buy into Hyde Park. In fact, most newcomers are young first-time homebuyers; but be forewarned: the town’s limited inventory turns over swiftly. There is a stock of affordable houses (the average sales price is $217,000), predominantly built in the 1950s through 1970s, mostly clustered along the roads that offshoot the town’s main arteries, Routes 9 and 9G. The Cape Cod-style homes at residential development Crumwald Acres, on quarter-acre lots, are highly sought after, but ranch-style homes with more acreage are commonplace. Sprawling, historic riverfront estates are available, listing over $900,000.

There are newer townhouses west of Route 9 and several apartment complexes, especially on East Market Street; plus, across from the CIA, ground has been broken on the 340-acre, agritourism-themed community Bellefield at Historic Hyde Park, which will feature 559 residences (from brownstone townhouses to cottages), a 48-acre working farm, spa, two hotels, and farm-to-table restaurants.