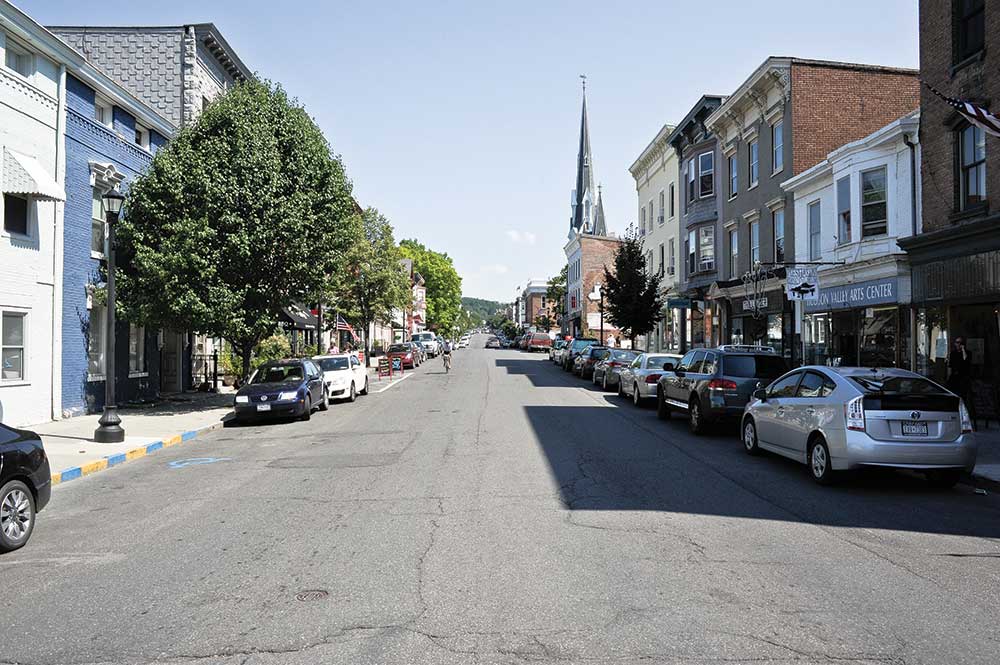 Proximity to Major City: 112 miles by car to Manhattan

Transportation: An Amtrak station stands near the (under utilized) waterfront, while on-ramps to both the Taconic Parkway and New York Thruway are within 10 minutes’ drive. The county maintains a small airport; jumbo jet flights are 45 minutes away at Albany International.

Points of Interest: The American Museum of Firefighting on the outskirts of town is one of Hudson’s least known but most appealing attractions. Stair Galleries, an auction house founded by a former Sotheby’s restoration expert, draws large monthly crowds who stay afterward to shop and dine. Olana State Historic site, the Moorish-style home and sculpted grounds of Hudson River School painter Frederic Church, is five minutes away in neighboring Greenport.

“It’s like a Brooklyn neighborhood was airlifted to the woods,” one recent visitor said of Hudson. In the early ’90s, a faltering economy and crack epidemic nearly turned this postindustrial city into a ghost town. But a revival has taken root, driven largely by a burgeoning cultural community. Still, many are struck by this small-but-dense city’s extremes: Hudson is home to both restored period homes and worn-down housing projects.

One-hundred-twenty miles north of New York City, Hudson was the first US city chartered after Independence, settled by whalers and merchants. Its two-square-mile grid is a living architectural lesson in the American vernacular; visitors sometimes get “Hudson Neck” from gazing up at its Federal, Greek Revival, and Victorian gems, many of which were saved from the wrecking ball over the last 20 years.

The comeback was driven in part by East Coast antiques mavens who launched operations on Warren Street’s mile-long stretch of historic facades. They’ve since been joined by galleries, music venues, bookstores, high-end boutiques, and restaurants of international renown. (Try Swoon Kitchenbar or Fish & Game, but be sure to bring a credit card, or two.)

Hudson’s locale has helped its popularity: The Amtrak station sits at the end of Warren Street, and the city is less than 10 miles from the Taconic State Parkway. Easy access has encouraged an infl ux of the pressworthy, including performance artist Marina Abramovic, who is opening an institute for performance art here. Downstate businesses like Etsy have opened outposts, though the largest employer remains Columbia Memorial Hospital.

If steady work is sometimes scarce, there’s plenty of fun to be had. Basilica Hudson—a performance and fi lm venue housed in a former glue factory—is one of many arts venues. The Saturday farmers’ market is both a social event and the place for fresh veggies, since Hudson still has not lured in a supermarket. (A Whole Foods-style emporium is purported to be in the works).

Hudson has had its share of growing pains. Despite a $40 million annual budget, the Hudson City School District gets poor ratings from the state year after year, while managing to turn out some standout students. A controversy over a proposed coal-fi red cement plant raged for almost seven years (it was stopped). A single developer, Eric Galloway, has ruffl ed feathers as he has acquired an estimated 40 buildings, some of them still empty. 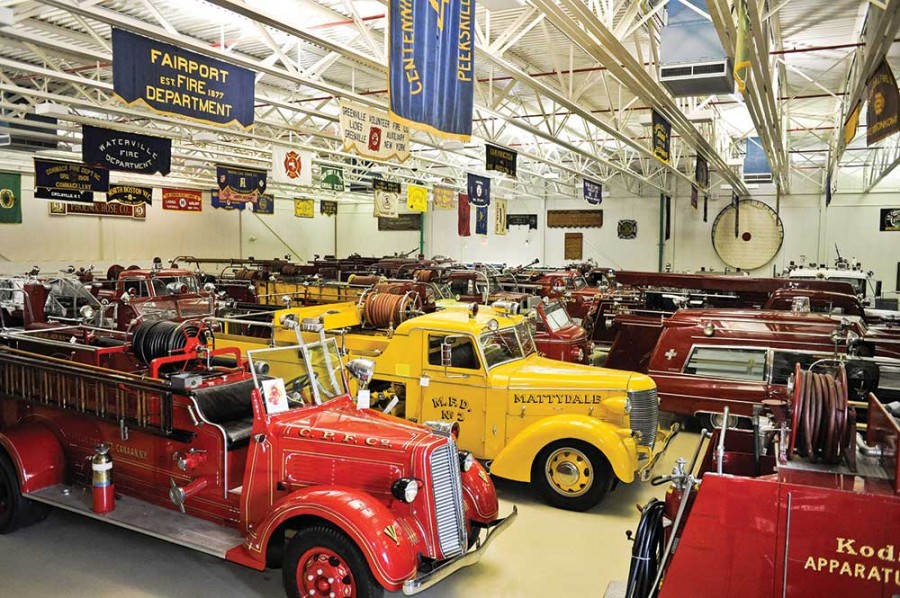 Local graphic designer Bob Mechling used to quip, “Hudson is a college town for old people.” A decade later, it retains that feel of a grown-up urban campus while attracting younger people in droves. Unlike some parts of the Hudson Valley, Hudson’s population is diverse. In warmer months, Warren Street hosts a succession of special events: the Bangladeshi and Black Arts festivals and the Hudson Pride and Flag Day Parades. The most popular community gathering, and the one when Hudson’s contentious residents get along best, occurs on the first Saturday of December. Warren Street is closed to vehicular traffic, store windows are full of tableaux vivants and carolers, and shopkeepers hand out gallons of nutmegged eggnog.

The Half Moon, a cinderblock tavern run by ex-New Yorkers, features treats from a new bakery, Bonfiglio & Bread, plus edgy live music by bands and DJs several nights a week.

Having weathered downturns after 9/11 and the recession of 2007, building sales are moving briskly again. Realtor James Male recently sold a brick Federal to a buyer, sight unseen. Even modest Warren Street buildings now start in the $400,000-$500,000 range, with several current listings topping $1 million. But in neighborhoods off Warren there are still deals to be found between $100,000 and $200,000, especially for buyers willing to put in sweat equity. Rents depend on location and condition. Upscale two-bedrooms can run $1,500 a month or more.

Property taxes are a constant source of complaint, as Hudson has a whopping combined city, county, and school tax rate of $32 per $1,000 of assessed value, higher than those of most of the rural towns that surround it.