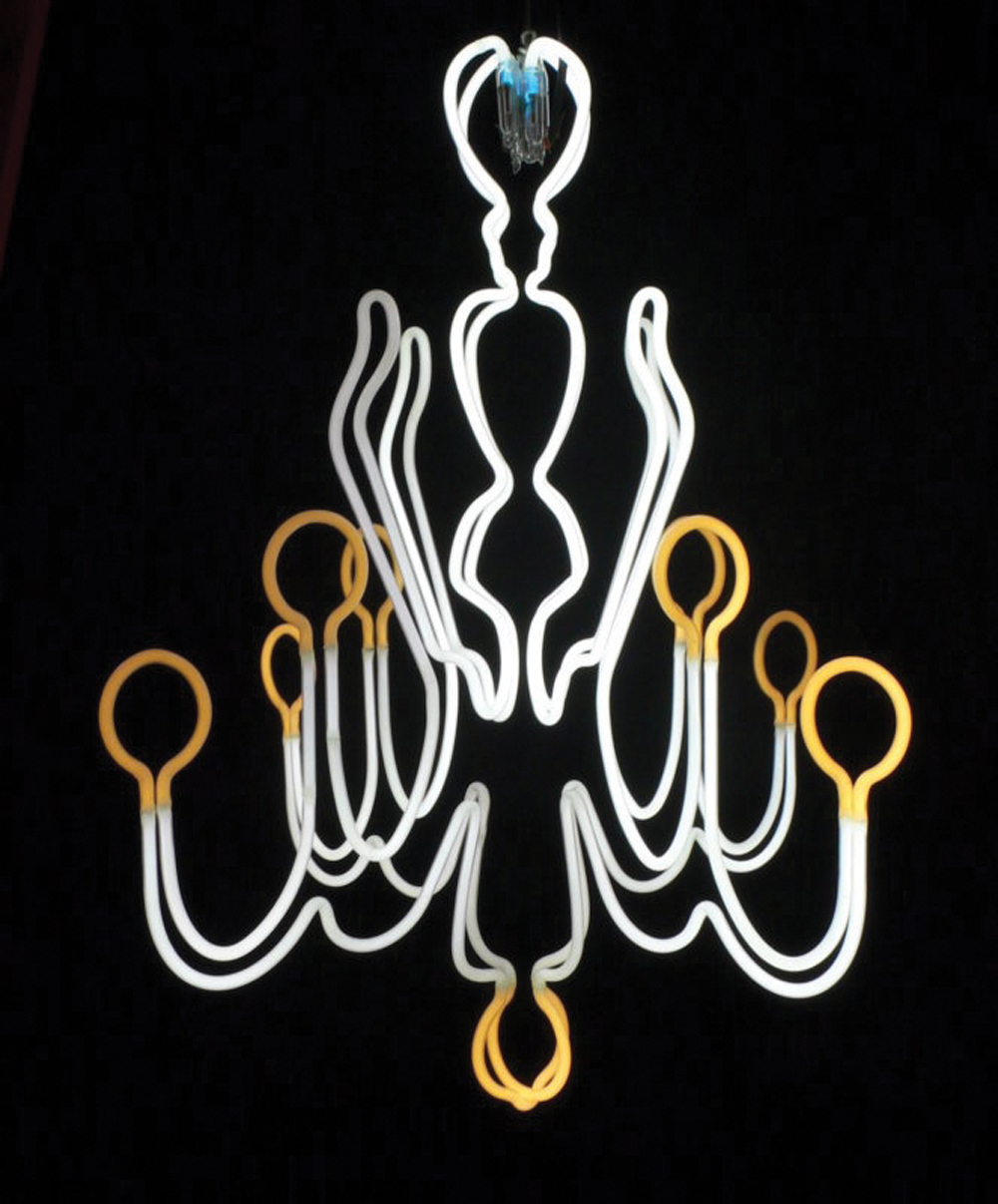 Did you know that every last neon Budweiser sign you’ve ever seen is hand-bent?” asks Lite Brite Neon founder Matt Dilling. In neon lighting, hand-bent glass tubing and noble gases (neon, argon, helium, xenon, and krypton) combine to create light in a variety of styles, from delicate firework filigree to an emphatic shout. At Lite Brite, with studios in Kingston as well as Brooklyn’s Gowanus neighborhood, neon is created to illuminate industrial buildings; private residences; commercial venues like Bergdorf Goodman’s and Tiffany & Co.; publications like the New York Times, Print magazine, and Artforum; and seminal spaces in the world of contemporary art, including the Venice Biennale, Dia Arts Foundation, Whitney Museum of Art, and MoMa.

An artists’ collective of 20 neon-shapers brings the concepts to life in light. “We have 20 to 40 projects going on at any given time,” says Dilling. “Commercial work gives us more bandwidth for art-world fundraisers.”

“There’s work with [social practice installation artist] Theaster Gates out in Chicago, in the Stony Island Arts Bank, and with the Frankie Knuckles Vinyl Collection,” says Dilling. “There’s an artists’ edition that Polly Apfelbaum is working on for Byrdcliffe—did you know there were Bohemian glassblowers on Glasgow Turnpike before Byrdcliffe even existed? There’s another artists’ edition that Tschabalala Self is doing for Art Omi out in Ghent, and a rather large project with Glenn Ligon for the Musee d’Orsay.”

Besides fine art, Lite Brite creates architectural lighting, commercial signage, props, and displays of all sorts. “We specialize in fine art fabrication, but it runs the gamut, and so does the process,” says Dilling. “We work with all kinds of artists and interior designers. One of the first projects I did was ‘Chez Max’ for over a cat’s bowl. Someone calls with an idea, one way or another we arrive at a design—it might be sketched on a napkin or a fully developed CAD file—and make full-size paper templates. Then we heat the glass tubing and shape it to the template. It’s very labor-intensive and there’s no shortcut.”

(With Lite Brite thriving, Dilling and fellow artist Erika DeVries, his professional and life partner, are also committed to giving back to the community. Their organization, Cygnets Way, housed in the Lite Brite building, provides  cross-disciplinary programming featuring local artists.) 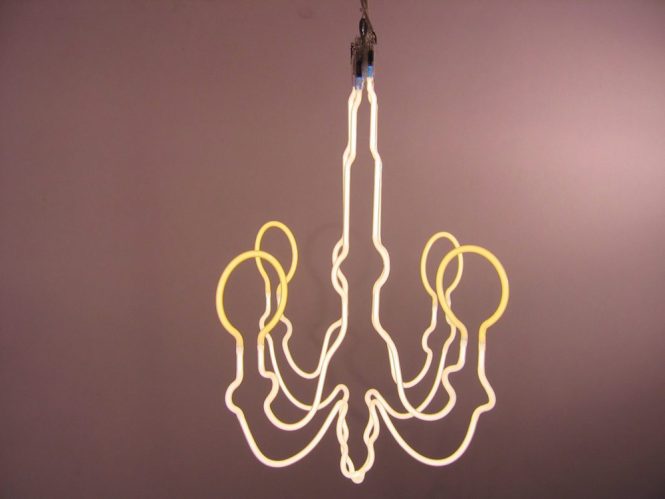 Dilling can’t remember a time when he wasn’t drawn to electricity. “I asked my mom for a cake with a plug and an outlet for my fourth birthday,” he says. When a high school art teacher told him about the neon workshops offered by sculptor Craig Kraft, he went to one and was immediately hooked. He started his own neon shop while still a student at the School of the Museum of Fine Arts in Boston, officially founded his operation in Brooklyn in 1999, and moved production to a 15,000-square-foot factory in Midtown Kingston in 2017.

Artists who elect to bring their works to life in neon are after qualities that can’t be found in any other medium. “Our first piece with Glenn Ligon was taken from Gertrude Stein’s phrase, ‘the warm broad glow of negro sunshine,” says Dilling. “The front is black, with a warm broad glow around it; it’s striking. It was at the Powerhouse in Toronto, it was in a retrospective of his work at the Whitney, and it sold at auction for $1 million. Neon is attention-getting; people have strong reactions to it. There’s a lot of power contained in light.”