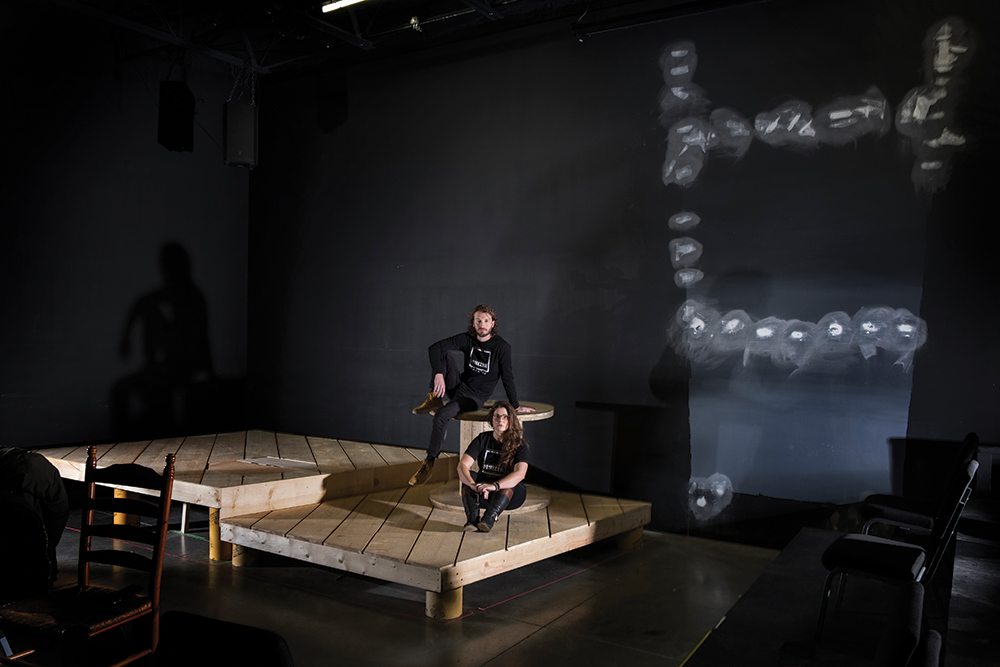 There’s an innovative new playhouse in the Hudson Valley. Denizen Theatre is a dark, box-like structure made of concrete, glass, and metal, and features a living green roof. The building, which emerges from a plot adjacent to the upper parking lot at Water Street Market in New Paltz, NY is a quintessential black box, referring to America’s theatrical roots in abandoned, industrial-type enclosures. “Black box is the purest form of theater,” explains Harry Lipstein, Water Street Market’s owner/developer. “What takes place inside is still supported by light, sound, costumes, props, and great writing and acting, but everything has been distilled down to its purest form.”

As such, Denizen is an 18-foot-tall, poured concrete box, rising from the ground with little adornment and overlooking the market. Its flat roof, planted with sedum, takes in site water and releases it slowly, eliminating the need for a more complex water detention and draining system and providing a natural sanctuary for birds and insects.

“Denizen has its own identity, its own vocabulary,” Lipstein says. “It looks different. There is nothing arbitrary on or in the building, from multimedia artist Chris Curnan’s simple sculpted metal signage on the outside wall to the 500-year-old teak bench near the entry where people can pause. The architecture lifts the spirit, altering people’s perceptions of nature and each other.”

The theater’s floor-to-ceiling lobby, open to the outdoors via a glass facade, doubles as an art gallery. Inside the performance space itself, the walls and ceiling were sprayed with foam for energy efficiency and acoustic control, and then painted black to allow for maximum flexibility in scene creation. Trusses hold the lighting and sound equipment. There is no permanent stage. The floor is flat to accommodate movable risers and set configurations.

Devoid of cosmetic pretention, the room is what it is: a container for a theatrical experience, pared down to its most elemental presentation, all of which allows for something magical to happen, as Lipstein says. “The most important character of any play is the audience,” he explains. “By virtue of being in a small space, you’re able to see the reactions of other community members as they experience the same work in the moment. That’s what black-box theater is designed to do: It connects people in a way that transcends words.” 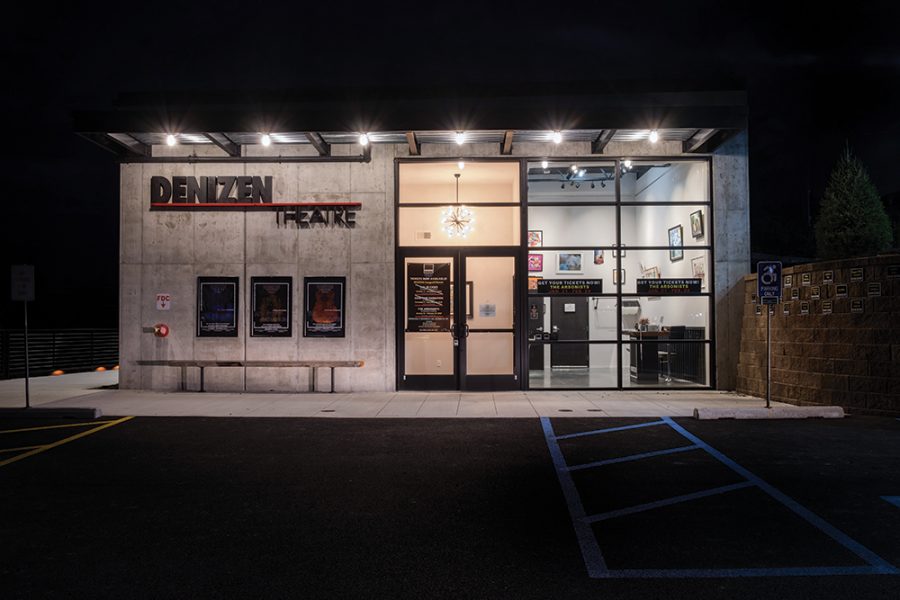 Local architect Richard Miller designed and built the project. “A concrete box is emblematic of black-box theater,” he says. “The concrete blocks out any sound leaving the building. The cost and site benefits of using it were immense. Beyond aesthetic considerations, we solved most construction problems in an elegant, minimalist fashion. Because the seating for up to 70 audience members changes with each play mounted in the space, every time you go in, the experience is different. Everyone tells me that this space is transformative, that it adds to and elevates the collective experience.”

Denizen’s co-artistic directors, Brittany Proia and Ben Williamson, both actors and Florida State University/Asolo Conservatory alumni, are dedicated to presenting new works about difficult subjects. Recent plays include Hannah Benitez’s “Adaptive Radiation” (a Gothic retelling of the Electra myth), Jacqueline Goldfinger’s “The Arsonists” (on Millennials’ existentialism), and William Francis Hoffman’s “Cal in Camo” (a family drama). “We are consciously aware of the experience itself,” Williamson says. “With no separation between the actors and the audience, there’s nowhere to hide. It’s collaborative, expanding the conversation for artists in general.”

This collaboration even extends beyond theater. Denizen also hosts events with other nonprofits whose work complements its own mission to support local artists and organizations. The proceeds of a recent silent auction, for example, went to the Maya Gold Foundation, a nonprofit with the mission to empower youth to achieve inner wisdom and realize their dreams.

Denizen’s founders intend that the theater be accessible to everyone throughout the regional community. “Intimate, live theater has been proven to elevate and increase empathy,” says Lipstein. “It affects us on a very visceral level. The audience might not be able to verbalize it, but they can feel the energy of the space.”