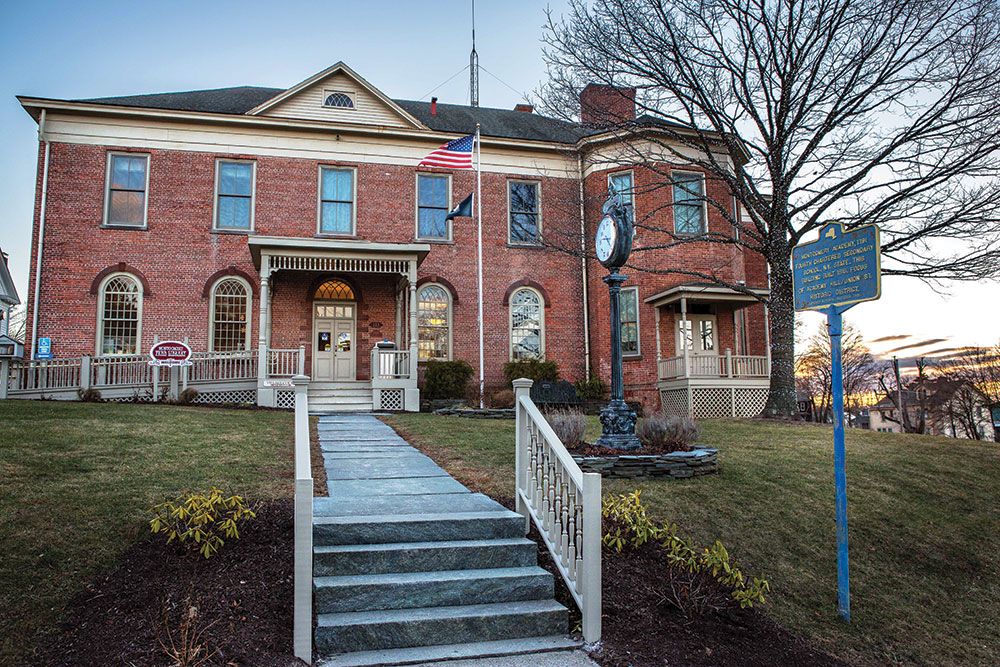 Transportation: Montgomery is located near two major interstates, I-84 (off Exit 5) and I-87 (off Exit 17). Metro-North’s Campbell Hall station is seven miles away and Beacon station is 17 miles away. Orange County Airport is just south of the village, and Stewart International Airport is six miles away.

Nearest Hospital: St. Luke’s Cornwall Hospital Centers is 13 miles away, and Orange Regional Medical Center is 12 miles away, in Middletown.

Named after a Revolutionary War general, the village of Montgomery is tucked into a bend of the Wallkill River in northern Orange County, and combines quaint charm and contemporary amenities: At least eight restaurants, cafés, and pubs are located within the two-and-a-half-block commercial center. Subject to oversight by a historic preservation board, the village appears to be caught in an early 20th-century time warp, with many of its 19th-century buildings recently restored, ranging from Federal-style houses to white clapboard Greek Revivals to capacious Victorians. New development has replaced some of the surrounding farmland, but the farm-to-table movement is revitalizing interest in Montgomery’s rural roots as well as the village’s easy contemporary lifestyle.

Montgomery grew up around a gristmill and bridge over the Wallkill River built by James Ward in the 1700s. The village school’s original 1818 brick building now houses the library and village hall. When the railroad arrived, farmers transported their produce and dairy products to New York, and the village thrived. A regal white clapboard Presbyterian church still presides atop Academy Hill; nearby is an 1832 pinnacled Methodist church, which houses the Montgomery Village Museum. Many of the village’s Victorian buildings were developed by master carpenter Chauncey Brooks, an avid Temperance advocate who arrived in the village in 1868.

The Scene
Many of Montgomery’s residents commute to New York City or nearby Newburgh or Middletown, but more and more of them are opening businesses in town, like the Montgomery Book Exchange (owned by a former commuter to New Jersey whose wife recently founded Ms. Claire’s Montessori School), and the old-fashioned general store Late Bloomer, owned by a local farmer, which offers organic produce and locally produced foodstuffs. Iron Café is the local go-to for coffee; Eat This Bakery offers its fare on premises as well as nearby at Deja Vu Boutique; and Clinton Shops Antique Center sells stoneware, handmade footstools, and other artifacts from a bygone era. Historic Ward’s Bridge Inn is the restaurant of choice for special occasions. Copperfields Pub draws a crowd for its food and clubby atmosphere, and the restaurant and wine bar Wildfire Grill’s chef is winning kudos. Borland Brunch House, a bed-and-breakfast with an inviting porch, located in an 1839 house once owned by a congressman who helped build the Erie Canal, recently opened a restaurant and also offers farm-to-table cooking classes.

The village is at its liveliest on General Montgomery Day, held on the first Saturday after Labor Day, and featuring a parade, a full day of local entertainment and classes, and fireworks. Montgomery has even had 15 minutes of international fame: In 1801, the “Montgomery Mastodon,” the world’s first fully articulated prehistoric skeleton, was exhumed just outside of town; the site has been listed in the US National Register of Historic Places since 2009. 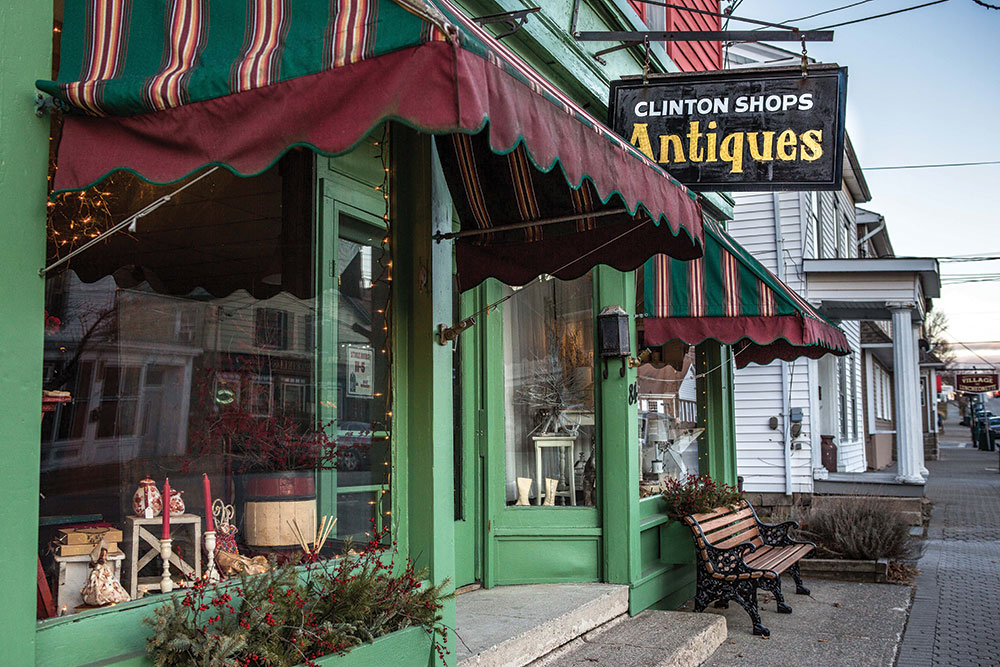 The Market
It’s a great time to buy a house in Montgomery, since prices are still slightly down from the peak eight years ago. The 2015 median home price was $220,000, with no-frills, ranch-style houses priced at around $100,000 and fully restored Victorians selling in the low-to-mid $200,000s. Older houses are few and far between, but a cozy 1808 colonial, complete with fireplaces, lists at $249,000. Most properties are newly built on large lots outside the village; a 2,539-square-foot house, built in 2002, with an atrium, large, paned windows, and fireplaces, is priced at $349,000. Last year, a stunning 1790 brick Federal house in the village, with a plantation-style porch and parklike grounds, was listed for $388,000. The most unusual property currently on the market is the 5,772-square-foot Montgomery Grange, a white-clapboard historic building that’s priced at $269,000. On the downside, village property taxes are unusually high.