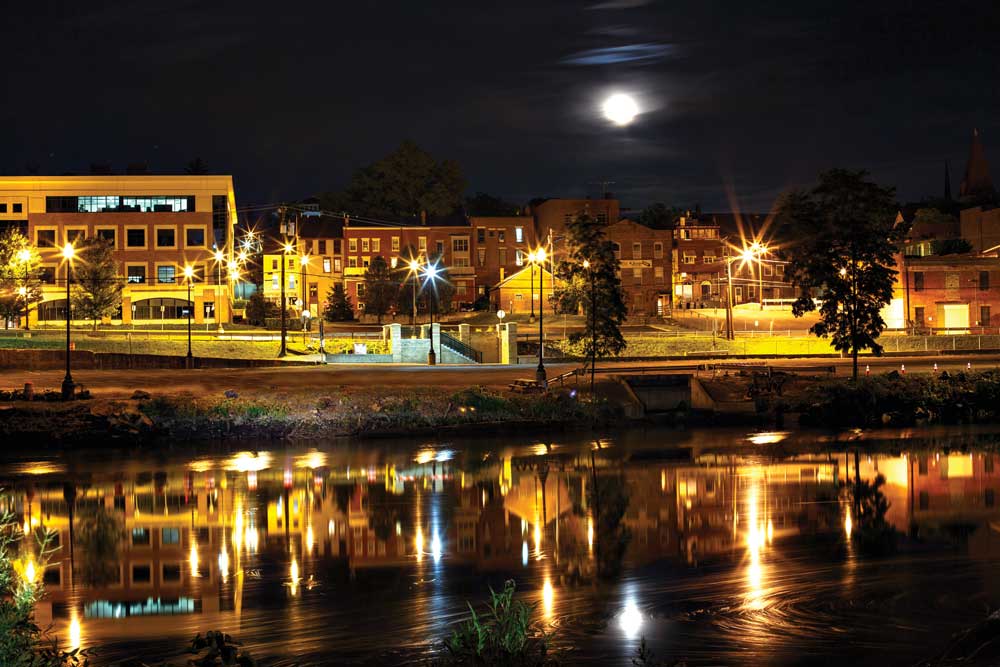 Proximity to Major City: 121 miles to Manhattan; 35 miles to Albany

Transportation: Catskill is about a two-and-a-half hour drive north of New York on the Truway, but it lacks for public transportation. Trailways buses stop at Thruway Exit 21 and in the western Catskill hamlet of Palenville. Amtrack stops in Hudson, a secen-mile, $20 cab ride away. Jumbo-jet flights arrive 45 minutes away at Albany International Airport.

Nearest Hospital: Columbia Memorial Hospital is in Hudson, seven miles away. Greene Medical Arts complex and an Emergent Care facility are in the village.

Catskill prides itself on an intimately scaled Main Street that’s finally realizing decades of oft-mentioned potential. While the village doesn’t have the dense, Brooklyn-like allure of hip-and-happening Hudson across the river, or the growing cultural attractions of Albany, Kingston, and/or Woodstock, all a half-hour away, it does have leafy streets lined with classic 19th-century homes, noble churches, elegant commercial buildings, and grand views of distant mountains. It also has a series of urban stairways, community gardens, well-used pedestrian alleys, a gradually blossoming art and culture scene, and a rich history.

Henry Hudson’s Half Moon stopped here; the Catskill Creek’s protection from the main river made it a great nexus point from which trade and travel moved westward into the Catskills and beyond, even after the Erie Canal was built. Washington Irving used the town as the setting for “Rip Van Winkle.” Later, the place was a tourist and arts haunt for 19th-century New Yorkers. This is the community where painter Thomas Cole started our nation’s first bona fide arts movement, the Hudson River School. More recently, it served as the training center for a series of boxers, including Mike Tyson.

Today, while much of the shopping has moved to big-box stores and fast food joints outside of town on Route 9W, Main Street is evolving. In 2012, members of the Occupy Wall Street movement showed their art on Main Street, filling empty storefronts that have since become home to shops, studios, and burgeoning businesses such as the gift boutiques Lovely and Mahalo, plus several home decoration specialists, artist-owned galleries, and a new bookstore.

Most important for the community’s future may be the new Catskill Mill project headed by Etsy founder Rob Kalin, who’s envisioning a sustainably built restaurant/inn/trades center with an educational component. New scholar-oriented programs are being designed by the Thomas Cole National Historic Site and other local cultural entities. And a series of state-funded community enhancement projects, including the revival of a historic old railroad bridge for pedestrian purposes, will shift the village’s focus more toward its waterfront. 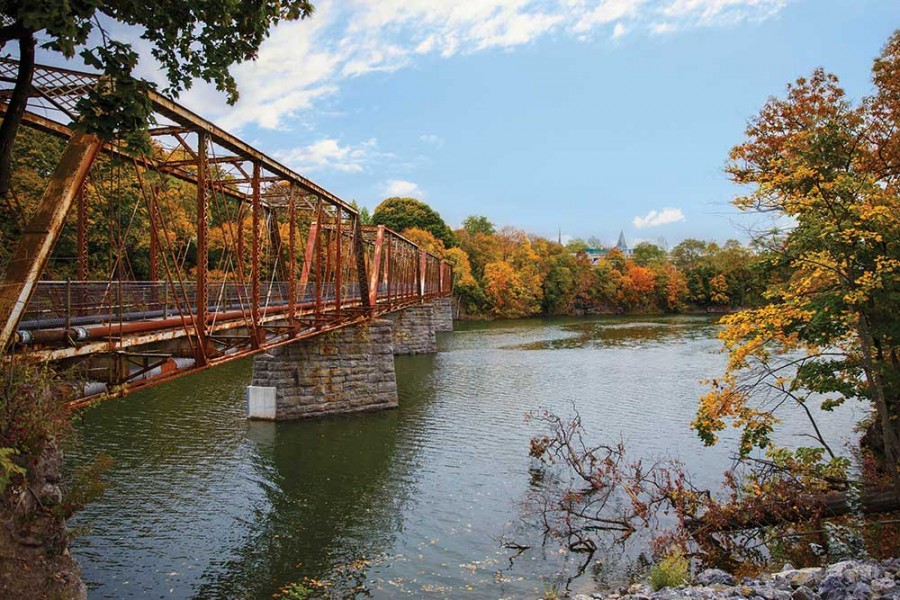 Each summer, the Catskill Creek’s many moorage sites draw a constant flow of boaters who use the village as a summer base. They attend events like art openings, storefront shows, regular summer concerts, and fireworks displays along the Hudson and Catskill Creek waterfronts. A classic movie theater remains in town, and a new games store next door attracts Magic and Yu-Gi-Oh players from throughout the Northeast. There are annual film and modern dance festivals. The Carnegie library holds many programs, despite a lack of easy parking.

Catskill’s school district is well respected for its elementary and high school programs, but many lament the loss of the community’s classy, old Catholic school several years ago. The local hospital has been closed for nearly two decades and is now based, along with the area’s community college, on the other side of the river in Hudson. The lack of a strong jobs base that doesn’t rely on cottage industries or commuting elsewhere is also a challenge. Lunch spots far outweigh restaurants that serve dinner, although there are longstanding and well-respected Italian, Thai, Latin-American, and Chinese places in town, along with rumors of more to come.

Even during the recent economic downturn, Catskill real estate kept selling; some say it’s one of the Hudson Valley’s great bargains. Grand Victorian homes can be had in the $300,000-$700,000 range, many with views of the Hudson River. Multifamily investments or starter homes from the 19th century are still available for under $150,000. Rentals tend to be under $1,000 for large, light-filled spaces with amenities. Property taxes are lower than most similarly sized communities in the Mid-Hudson and Capital districts. While some neighborhoods in the village need some TLC, they’re gentrifying rather quickly now; the town’s outlying hamlets, from tony Kiskatom and Palenville to homey old Leeds and Smith’s Landing, have never faded in popularity.