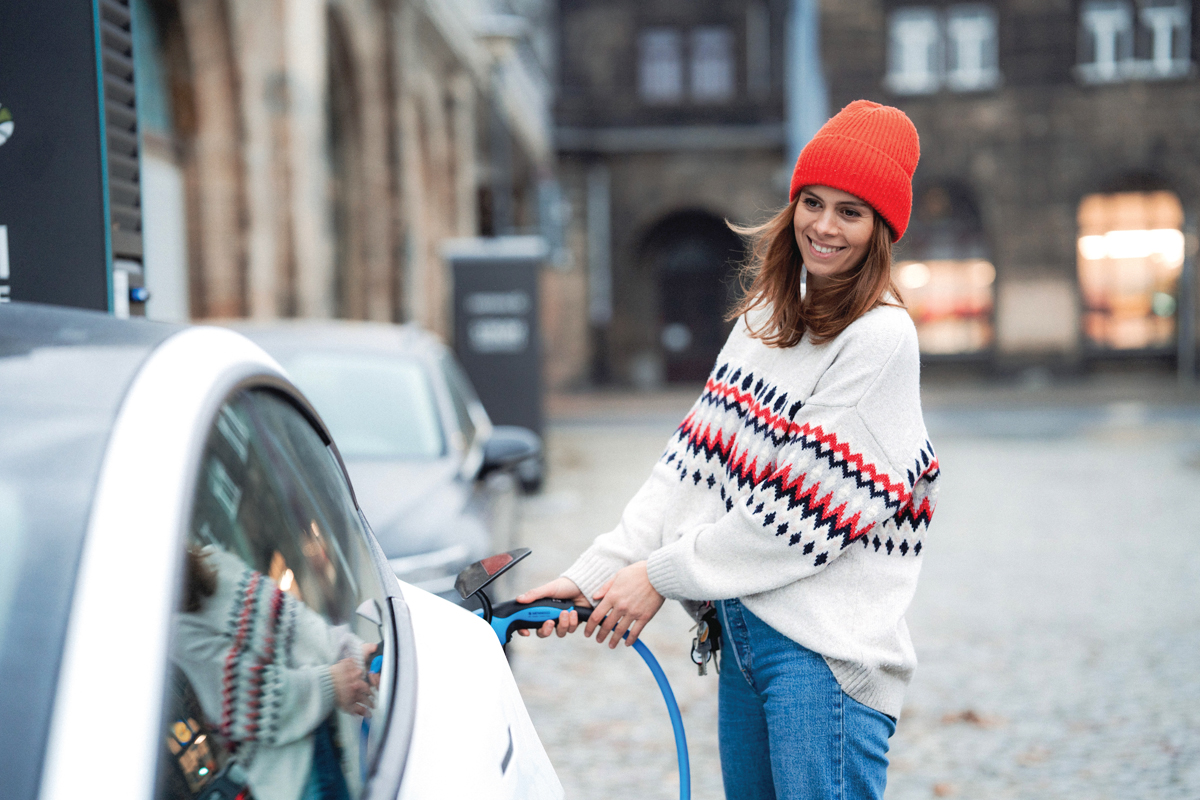 Tom Konrad and Samrat Pathania are skilled volunteer energy coaches with New Yorkers for Clean Power. There is very little they can’t help you to find out about to support your clean energy transition, and if you’re reading this, you are probably eligible for their services. When not helping people have fun reducing their carbon footprints, Tom writes for Altenergystocks.com and chairs the Marbletown Environmental Conservation Commission; Samrat teaches in the Wallkill Schools and co-chairs the Climate Reality Leadership Corps Hudson Valley chapter. We asked Tom for an overview of clean energy progress and Samrat for thoughts on his favorite topic electric vehicles. Reach them via Nyforcleanpower.org. 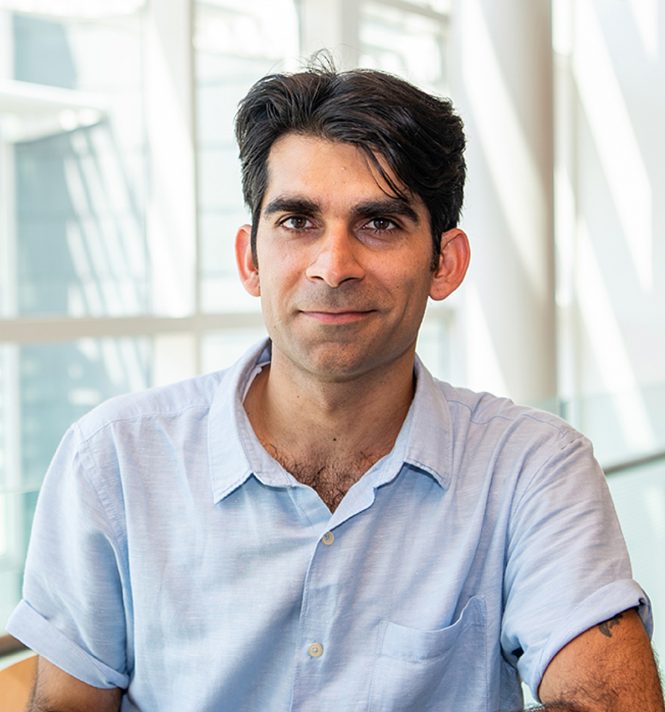 I studied mechanical engineering in India, but then worked as a software engineer for many years. I later transitioned to teaching physics, math, and computer science at Wallkill High School.

How long have you been helping people shop for EVs, and what do they generally ask?

I bought my electric vehicle in August 2015. It took me about a year and a half to really understand the technology and marketplace. There weren’t that many people with EVs to talk with. As the number picked up I started seeing more and talking with folks and ultimately organizing the Zero Emissions Parade in New Paltz. That gave me the impetus to help people buy EVs. I’ve mentored at least three dozen people—gone to the dealerships with them, negotiated prices. I also coach on the phone or Zoom.

What are the most common questions you are asked?

Usually people ask first about charging—where, how, how long does it take? Then there’s usually a question phrased as a comment: EVs are so expensive. That’s an assumption. I usually ask what their budget is. In most cases, people have a budget that can include an EV.

If you look at new electric cars, the lowest price is a Chevy Bolt, which starts around $26,000. It is a fantastic car. It gets more than 250 miles on a charge, and has a good warranty, which is usual with electric cars. It has a hatchback for easy loading and unloading of your stuff. It’s really the car to begin with, a fantastic second car, and a good primary car for most people. I think most people overestimate how much car they need.

Coming January 2023, the Bolt will qualify again for the federal tax credit of $7,500, and in 2024 that will become a point of sale rebate so you can access that beginning in 2024. That’s in addition to the New York Drive Clean Rebate of $2,000. The Inflation Reduction Act has changed the rules to require cars that are assembled in North America to qualify for the tax credit. This has impacted some automakers like Hyundai. In the past, the credit eligibility was based on how many cars were sold, phasing out after 200,000. Going forward, it will be about whether battery components are manufactured or assembled in North America and if battery minerals are extracted, processed, or recycled in North America. That has quickly led to companies announcing assembly plants and battery manufacturing in North America, so this is complex and a changing target.

So, questions to ask: Does the car qualify for rebate, and do you have the tax exposure to use that rebate? It’s not obvious—you can enter the VIN for the car and find out if it is eligible at the Department of Energy website. My guess is that this process will be made smoother under the new law. (DOE link for checking eligibility Afdc.energy.gov/laws/electric-vehicles-for-tax-credit.)

Don’t the batteries have their own environmental impacts?

Car batteries should outlast the body of the car; 200,000 miles should not be a problem. And then they don’t just die. They will probably find a use for stationary storage until they are recycled, which is being ramped up. That piece is also in the IRA, recycling requirements for batteries will kick in the coming years for the cars to qualify for the tax credits.

DOE has had a strategic project since 2019, Re-Cell Center, which is about research into recycling batteries and their components. They’ve been making some crucial breakthroughs. Redwood Materials, founded by one of the Tesla leads, will also be a big player. People are looking at battery technology as if it’s static, and it’s not. Battery chemistries will evolve, and lots of people are working to reduce problematic materials like cobalt. There are many different lithium-ion chemistries and cobalt is not part of them all. We need to keep talking about sustainability while also being cognizant of the fact that fossil fuels are also mined and burned, whereas the materials in batteries can be incorporated into a circular economy. 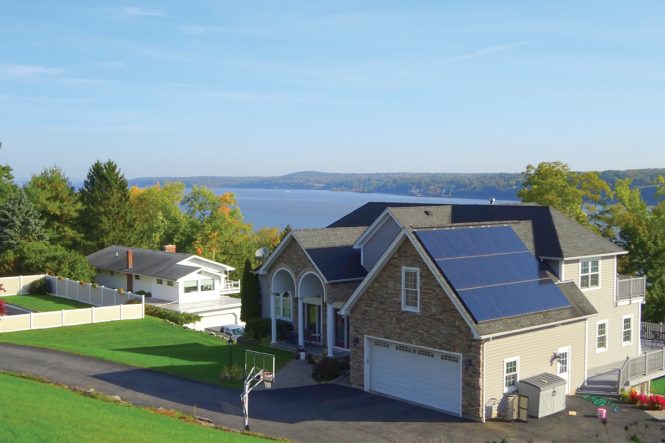 Warranties are standard—most have eight years or 100,000 miles of warranty. Just like a computer, when the warranty is over, it doesn’t just stop working, it should go on quite a while longer.

What’s the scoop on maintenance?

There is not much to maintain. Electric motors are very reliable devices. The rest is the battery. Replace your cabin air filter and get your brakes checked as part of your annual safety inspection, that’s it.

What are you most excited about?

The pollution perspective. EVs reduce air pollution and noise pollution, especially in city centers and places with heavy traffic. If you look at the effects of air pollution on humans, especially young children, these chemicals are neuro-degenerative. I think about these children, who are my students, and how pollution exposure makes them less able to focus. Tens of thousands of Americans die prematurely every year from transportation-related health issues. This is a cost we shouldn’t have to pay.

What are your favorite tech features?

I personally want simple cars. They can be over-engineered. I don’t need gizmos in my car. I want high efficiency, which leads to low running costs but also smaller battery packs. That saves the finite resources. There seems to be a movement in the industry turning this way with Tesla and Hyundai being leaders in the efficiency game.

How do you suggest that people do their homework if they are considering an EV?

For info overall, the dealerships are good to ask if you trust the dealership; or make an appointment with the Clean Energy Coaches at New Yorkers for Clean Power. 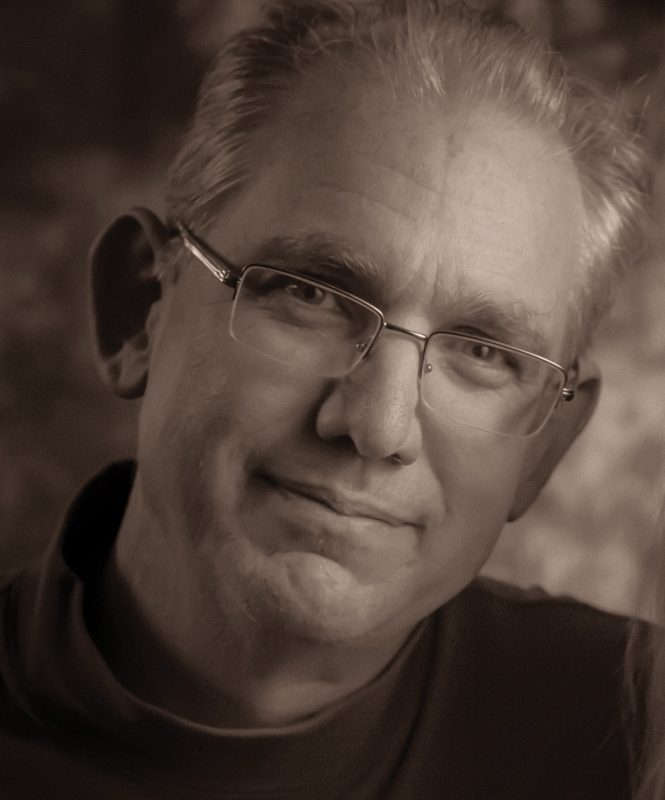 What do you think surprises people most about using renewable technologies in their homes?

Often it’s just how good it is. A lot of people start fairly skeptical about renewable technologies and then just find, wow, this is better! The biggest example is electric cars; the response, handling and pickup are better. Another fun surprise is there’s no emissions check annually for EVs; just a safety check, so it’s only $10.

The same is true for induction stoves. Once you get used to their quirks and have the right pots to cook on them, they’re better than gas. You must have stainless steel or cast iron, though there is some aluminum with steel annealed into the bottom to make it induction-ready.  It’s instant on and instant off; the only latency is in the heat of your pan.

Air source heat pumps are better, as air conditioners, than any air conditioner you’ve ever had. A lot of them have a dehumidification mode, which works really well.

How long do these technologies last?

Solar panels themselves typically last 30-plus years with some slow degradation, but the other components of the system, like inverters, may fail sooner. When early solar systems were installed, the plan was to replace the inverters when they failed, but new solar panels and inverters are both more powerful and much cheaper, so a lot of people use the breaking of the inverter as an opportunity to upgrade the whole system.

Having an all-renewable home, how do you have to think differently?

Generally, you don’t have fuel delivery. You don’t have to worry about how much oil will cost this winter; electricity prices also fluctuate (if not as much as oil or propane). But if you have solar, you’re not going to be buying much fuel, so there’s less need to worry about the price.

What kind of maintenance do you need to do for each kind of renewable technology in your home?

My 2012 Toyota RAV4 Electric has 83,000 miles on it and has required less maintenance than a gas car. It’s in the shop over a brake line—the EV parts are working fine. All I’ve had to do in the last four years besides the current brake line replacement is change the windshield wipers and rotate the tires. There’s no combustion engine, so no oil changes, etc.

Solar panels: I’ve really had no problems; you really might as well not know it’s there. Snow shoveling is not recommended; parts of mine are sloped and south facing so it slides off pretty quickly. If it doesn’t get above freezing for a while or if you have a flat set of solar panels, you might have snow stay there for most of January or February. But it’s March through October when you get 90 percent of solar production, so while it is frustrating to have snow covered panels some winters, you’re not really losing much.

Air source heat pumps: For heating, it’s very important to insulate your home well before installing heat pumps, and to maintain the filters well.  Cleaning every month is recommended, though I get away with every six months—it depends on the dustiness of your home.

I have a solar hot water heater, where the sun heats pipes to heat the hot water. I don’t recommend it for most people given the expense. If I did it over, I would use conventional solar plus a heat pump water heater.

All my yard equipment is electric: lawn mower, snow blower, wood chipper, trimmer, chainsaw, etc.  Most are easier to use than gas versions—easier to start, plus you don’t have to mess with gas. The snow blower starts right up on a cold day with the push of a button. You can keep multiple batteries charged if you have a long driveway.  If you buy the same brand of electric yard equipment, the products usually have interchangeable batteries.

You store enough power to last through February?

Most people don’t store electricity so much as get credits on their electric bill. The rules have changed since my system was installed in 2014, but you basically get paid for overproduction in summer and use that money to offset underproduction in winter. And you will still be producing some power in winter, so the actual bills will still be lower than without solar.

What if your electricity goes out?

I have a woodstove for heat as backup, and a small DIY battery set up to run my computer, internet, and the fan on the wood stove. The average backup generator will not work with a heat pump, which requires high capacity.