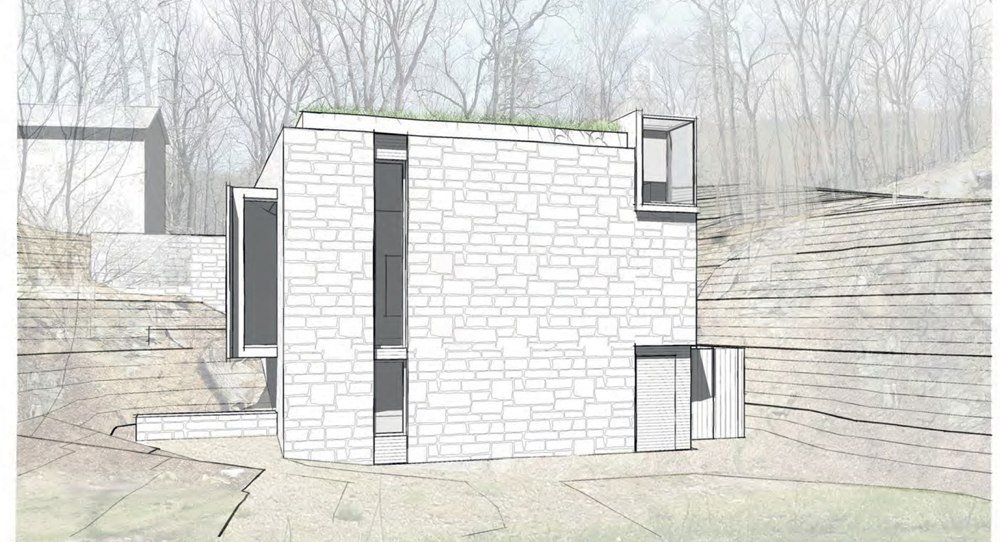 When a prominent Manhattan gallery owner bought a castle in Putnam County, it only made sense that he should build himself a private art gallery to house his collection, which included a couple of paintings by Jackson Pollock. Enter architect James Hartford of River Architects, headquartered just down the road in Cold Spring. “The client wanted to view his personal art collection in his own space,” says Hartford. “It would have been a private home for art.”

Taking inspiration from renowned Italian architect Carlo Scarpa’s fusion of coarse and elegant materials, Hartford designed a two- level space (storage below, gallery above) that would work in the same vocabulary as the site’s abundant stone but with a different outcome intended. “We were taking the stone from the castle design and working with those references in a modern rendering,” says Hartford. “It connects visually but breaks out into new ground.” 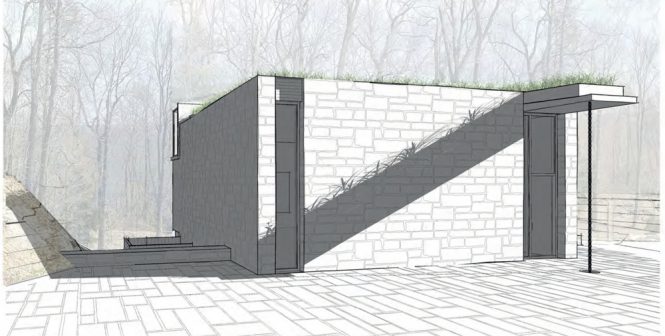 Even when designs are not executed, all is not lost. Aspects of this gallery design influenced River Architects’ design of a Passive House cidery in Callicoon.

Given the constraints of the site, the gallery was to be tucked behind the stables. “We were nestling it into a tight spot on the property,” says Hartford. “The space had a compressed, charged feeling.”

The exterior stone walls of the gallery were to be topped by a green roof, and the whole structure designed according to Passive House principles—River Architects specializes in sustainable building techniques. The rigid atmospheric controls of Passive House construction suited the project well as the client’s art collection required tight climate controls. 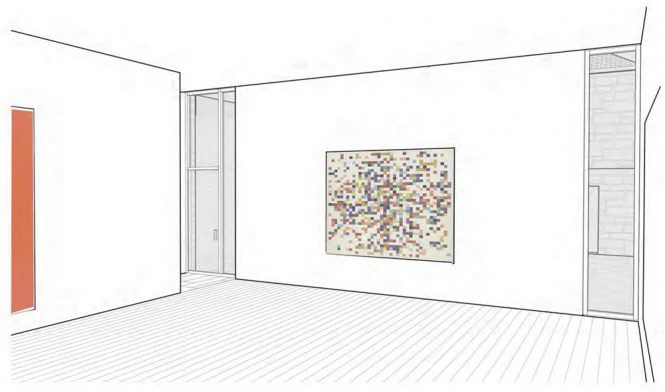 But even when projects don’t get built, ideas carry forward into future work. “Looking at this design now, I see how I had developed some ideas that came up later in other projects, such as the peek-out window here that was incorporated later in the cidery project,” says Hartford, referring to the recently completed Seminary Hill in Callicoon, a 9,300-square-foot production facility and tasting room built according to Passive House principles. “In both cases, the window was used on a west-facing wall to reduce the amount of heat gain and glare in the space, while making it more dynamic and fun— and framing views.”