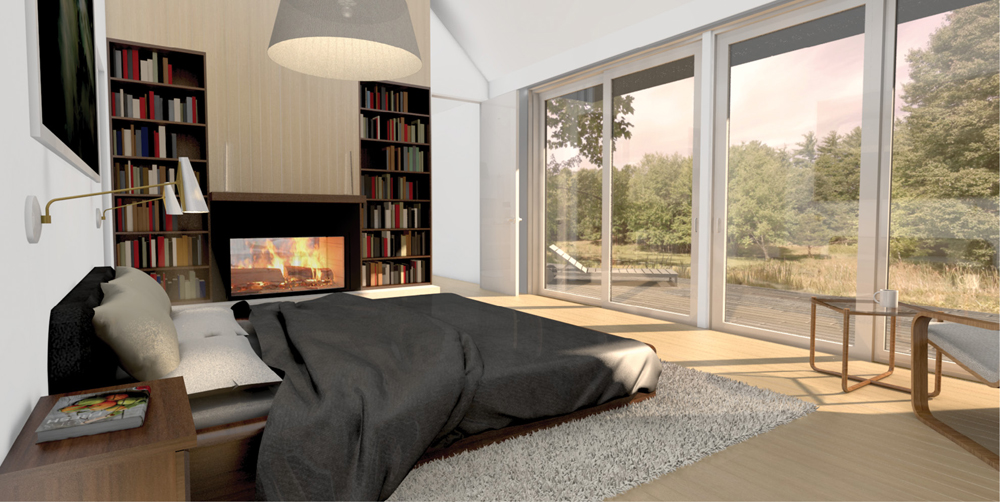 Amalgam Studio founder Ben Albury owns a piece of land outside Rhinebeck that he’s been wanting to build on and sell for a couple years. The design is ready to go, and he’s come to close to a deal a few times, but something always trips it up. Part of the problem, Albury believes, is that people want to spend time in an actual, physical house before they buy it. “It’s very difficult for people to visualize, even with renderings, the space and the overall look and feel of a house,” he says. “It’s hard to see it and appreciate it without walking through it. It’s difficult to understand the height, scale, and materiality.” Unlike many of the other projects in this feature, the Manhattan-based architect’s design hasn’t been abandoned—it just hasn’t been built yet. He’s still searching for the right client for his vision.

Albury’s Modern Stone House is a three-bedroom, three-bath, single-family residence with attached two-car garage and loft/studio space above. With rooftop solar panels, the house can be self-sufficient and off-grid. The site is on 17 acres in eastern Dutchess County, where there’s a lot of rock and stone in the ground. “The house is contextual, it makes sense in the historic nature of the area,” says Albury. “I also wanted to create something that is of stone, of the place. There are not a
lot of modern homes that have the traditional gable shape that use stone. It’s a contemporary, energy-efficient version of an old stone house.” 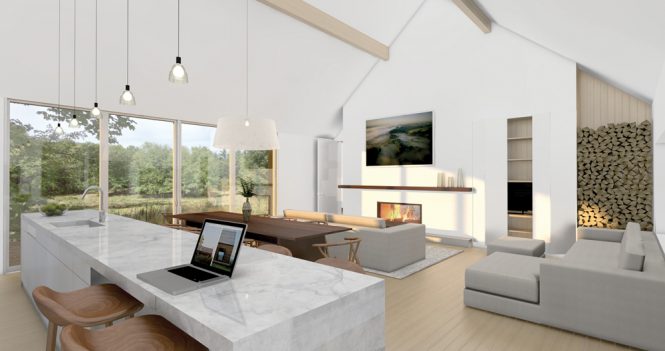 malgam Studio’s Modern Stone House was designed as a prototype for a line of affordable, modular dwellings.

One of the advantages of stone is its ease of care. There’s no need for maintenance—it never needs painting, staining, or sealing, and it can build up a gorgeous weathered patina over time. There’s also the durability factor. “Stone will last a long time,” says Albury. “I was in Rome recently and saw 2,000-year-old stone structures. That’s resilience. We need to think hard about the longevity of the structures we make. I’m hoping to build something that lasts a long time and touches the earth lightly.”

The design is adaptable to a degree, and Albury conceived of the project as potentially replicable. “I wanted it to be a prototype that could be built in different locations and site orientations,” says Albury. The house is made up of four same-sized modules that sit next to each other and can be prefabricated or built with structural insulated panels (SIPs). “On a recent project, my eyes were opened to the possibility of using more prefabricated elements in a smart way, which is ultimately more affordable,” says Albury.

“It may get built or get built somewhere else,” says Albury. “It’s been on the drawing board for over two years. It’s getting to a point where I might want to keep it for myself.” 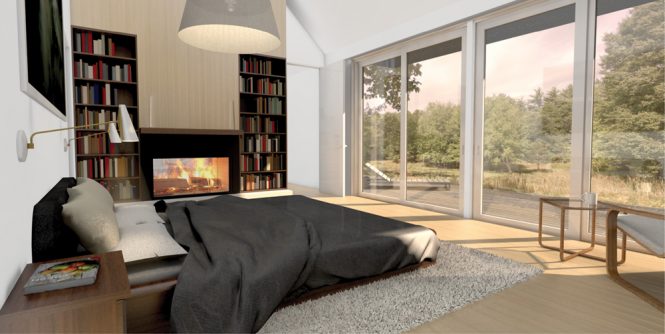