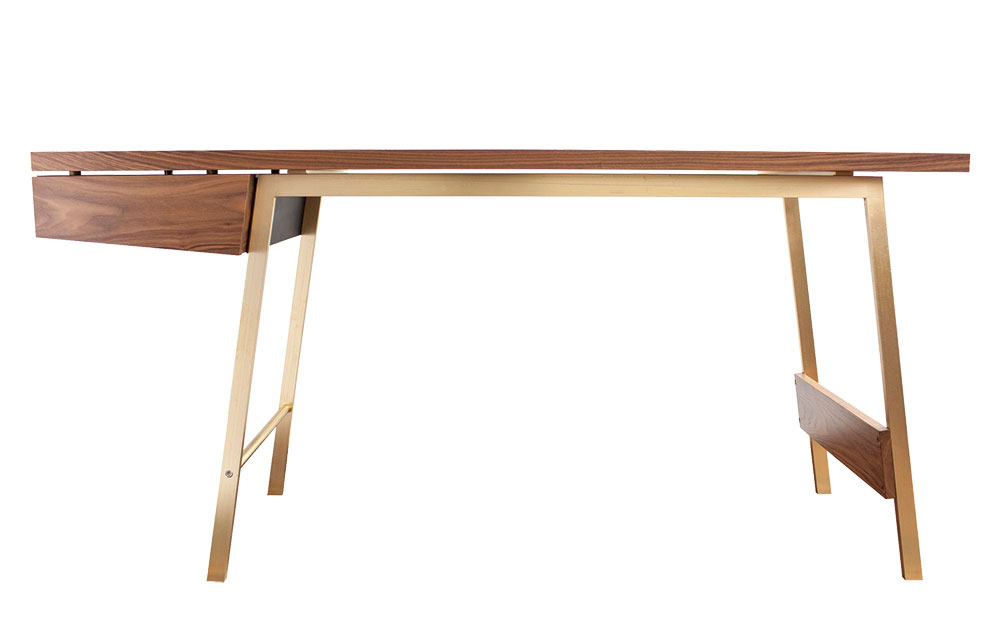 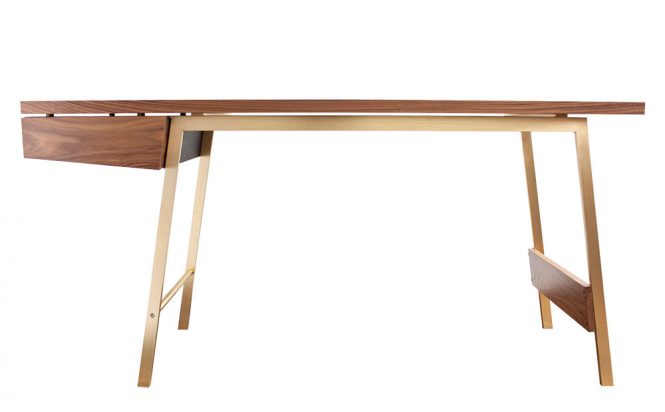 Atlas Industries’ AS4, a seemingly endlessly customizable work-furnishings system—including desk, shelving, and storage space—juxtaposes warm wooden surfaces with geometric cold-rolled steel bases and expresses the diverse backgrounds of the firm’s founders. Launched in New York City in 1993 by a former architect/engineer (Thomas Wright) and a one-time economist and historian (Joseph Fratesi), Atlas has made its home in a 1920s brick warehouse in downtown Newburgh since 2013, where the firm also offers makerspaces for artisans and entrepreneurs and a venue for art shows, musical performances, film screenings, and literary readings. Each piece designed and produced by Atlas is at once abstract and understated yet versatile, and made of sustainable, eco-friendly materials.

Pull Up to the Bumper: CounterEv

Two years ago, B. R. Delaney turned his nearly lifelong carpentry hobby into a full-time fine woodworking vocation by founding Fieldstone Artistry with his wife Amy Myers-Delaney. In his Wurtsboro studio, he turns locally harvested wood contributed by loggers and friends into custom furnishings (including all kinds of tables, chairs, entertainment centers, credenzas, trays, clocks, mirrors, even holiday ornaments), and light fixtures that are at once rustic and modern.

Influenced by craftsmen like Maloof, Nakashima, and Wharton Eschrick, Delaney works to create pieces that are equally beautiful, functional, and high quality. His Twilight Pendant Lamp series, with each piece designed to showcase its material’s natural features, juxtaposing curves and straight lines into singular forms, won Best in Show from the 2017 Rhode Island Fine Furnishings Show. 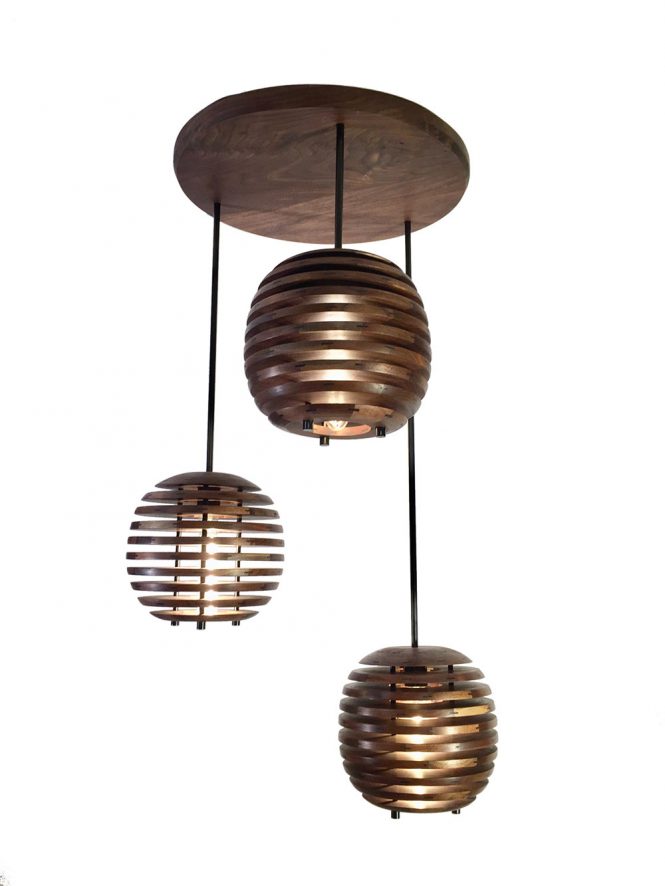