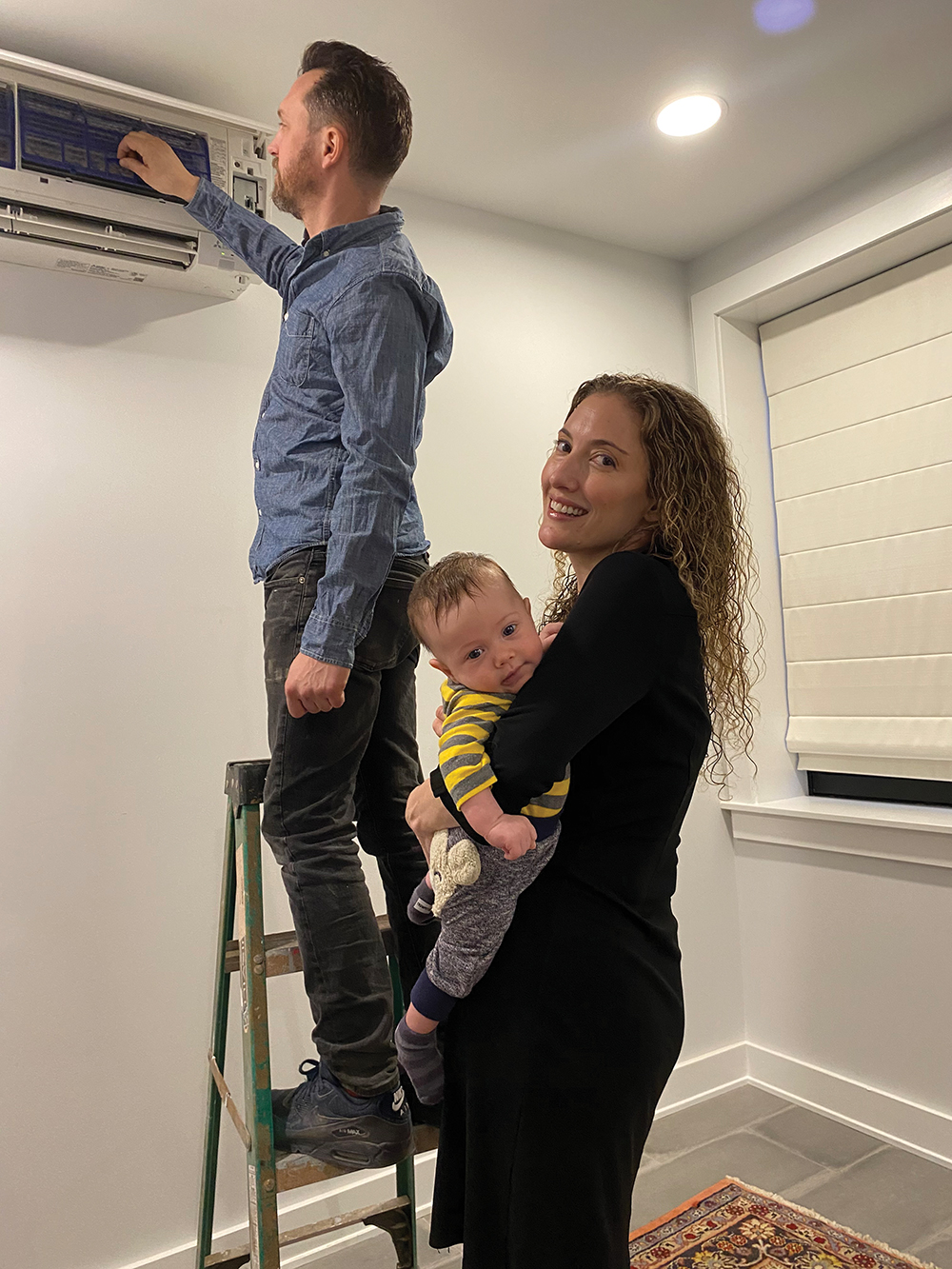 One of the best ways to learn about clean power technologies is to talk with people who already use them. We asked our network of users to share their personal experiences and to alert us to any surprises—most of which turned out to be pleasant!

Elizabeth “Betta” Broad (Kingston) has installed heat pumps in her home and recently bought a Chevy Bolt—and says she would install solar panels “in a heartbeat” if not for nearby trees blocking the sun. “Last year, we put Mitsubishi heat pumps into the retrofitted 1850s commercial building where we live,” she says. “They work great, so the house stays nice and warm. We were using natural gas for heating, which we stopped having to pay for, but at the same time our electric bill went up, so we are glad to have community solar as an option to help reduce the bill. I like the way the heat pumps serve different zones in the building so you can use just what you need. I love the air conditioning too. I’m a little surprised about how easy it is to get spoiled with that.”

Paul Curran (Lagrangeville) has installed solar panels on his roof and recently bought his second Chevy Volt, after driving his first one for nine years and 230,000 miles. “I drive a lot for work and did not realize how low maintenance an electric vehicle (EV) would be,” he says. “And the rooftop solar is totally maintenance free. To be honest, except when I look at the power bill, I forget that the panels are up there, but they do save money and help with the cost of charging an EV.”

Polly Howells (Woodstock) recently bought a Hyundai Kona EV. “I like the smoothness,” she says. “I like the bells and whistles, like being able to hook up my iPod. I like the way the lights dim automatically when a car comes toward us. I like never having to go to a gas station. What I don’t like is that I bought a black car and it shows the dirt horribly!”

Olga Anderson (Highland Falls) is very happy with the Chevy Bolt premier she bought last August. “I love driving past gas stations and not using fossil fuels and setting an example,” she says. “The extra cost of installing and maintaining a home EV-charging system was a surprise, but over time, I am sure I will come out ahead.”

Michael Helme (Warwick) bought Mitsubishi air-source heat pumps in 2018 and notes that while “there weren’t real surprises,” he “learned a lot” from the switch. “There is an adjustment process when you shift from baseboard heat to the separate units,” he says. “We got a rebate from NYSERDA, but did not qualify for the utility rebate from Orange and Rockland counties because the air-conditioning capacity of these units was low by their standards. I had all our electric use covered by solar panels (with a $20 per month bill). I got a second set of panels installed to power the heat pumps, so that’s nice. The basement tends to be cool, and we didn’t put a heat pump down there, so occasionally the propane furnace will turn on to heat the basement.”

Tom Konrad (Marbletown) drives a 2012 Toyota RAV4 EV and says he’s had only “one pleasant surprise” with his EV: “The New York State annual safety inspection is just $10—no emissions test!”