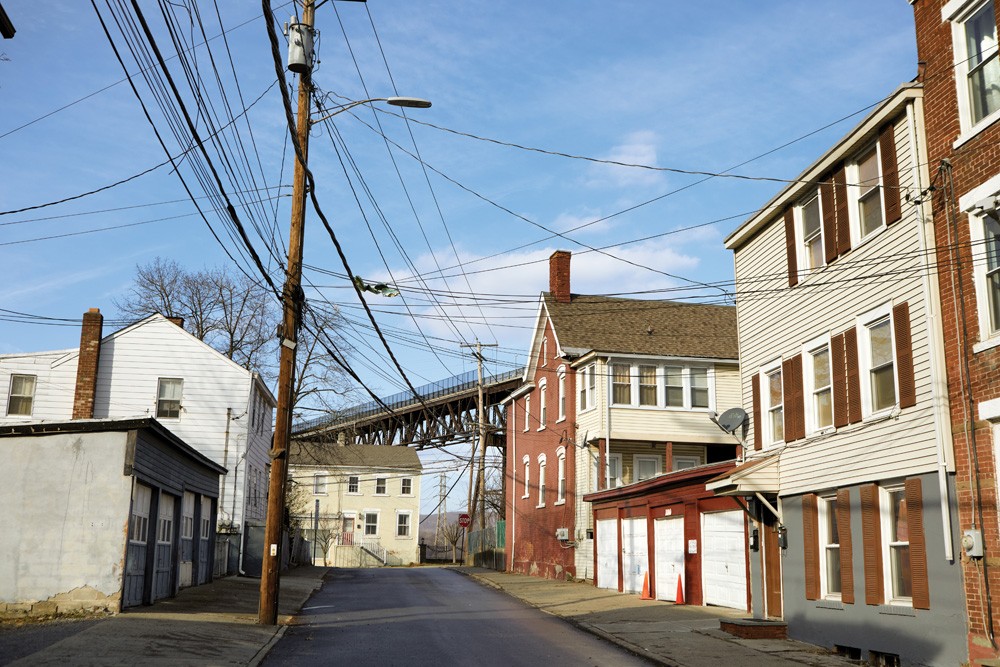 Big doings, as usual, are underway in Poughkeepsie. IBM, which has continued its mainframe operations since the 1940s in two locations employing about 3,000 people—down from a peak of 12,500 in the 1980s—has just announced a $20 billion investment to “unlock new discoveries and opportunities in semiconductors, computers, hybrid cloud, artificial intelligence, and quantum computers.”

The announcement undoubtedly triggered loads of memories of the Poughkeepsie plant’s run as IBM’s flagship facility. Yet this has never been a one-horse town—not since Matthew Vassar had the foresight to open both a college and a brewery here in the mid-19th century, not during the industrial heyday of the early to mid-20th century, and certainly not now, with the Dutchess Regional Chamber of Commerce listing five manufacturers with Poughkeepsie addresses, two of them woman-owned, three with more than 50 years of history in the area.

That’s not to say Poughkeepsie hasn’t struggled with the impacts of urban renewal and deindustrialization. Its urban corridor is still fractured by an ill-considered arterial; its uneven economics are still evident. But even at her most ragged, this Queen City of the Hudson never quite laid aside her scepter, maintaining a core of eateries and entertainment even as much commercial enterprise moved to the Route 9 strip. 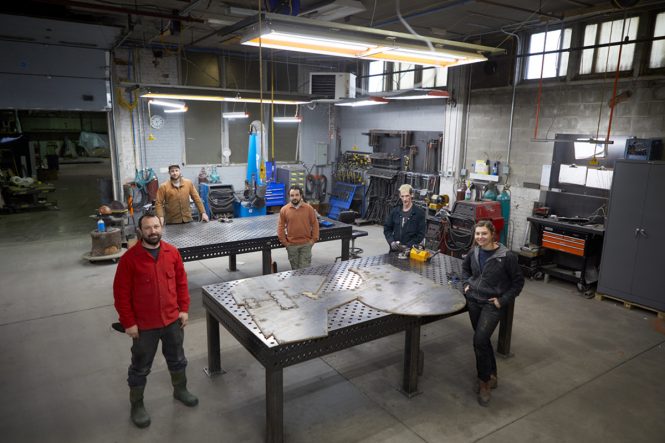 Nowadays, adaptive reuse projects have revitalized quite a few venerable buildings, like the long-vacant spaces at 33 and 35 Academy Street in the city’s core. Reinvented with a $13 million investment as The Academy, the complex bills itself as “a co-working space, a food hall, a grocery and fresh food market, a coffee shop, a restaurant and bar, and a stunning event space all under one roof.” Canvas + Clothier, which offers US-made clothing and home goods, is situated in a 19th-century building that was originally a department store, but wrote a lot of other chapters in between.

More mixed-use is on the horizon: In October, a judge tossed a lawsuit brought against the city planning board over their approval of Wallace Campus Management, LLC’s plan to add 187 residential units ranging from “deeply affordable” to market rate and more than 14,000 square feet of commercial space to Main Street.

The goal, says Poughkeepsie’s Community Engagement Director John Penney, is a sense of genuine vitality that can be felt by every resident. He cites parks improvements, youth grant opportunities, and the recent hiring of a bilingual ambassador as examples of the city’s commitment to sustainability, opportunity, and equity. The comprehensive plan adopted last September, dubbed PK4Keeps, emphasizes shared core values—this is an inclusive, entrepreneurial, and farsighted place—as the touchstone for crafting that future. Now, they’re re-working the zoning codes to simplify and reduce the number of zoning districts and modernize regulations.

“The Academy is new, and very cool,” says Penney. “Our very own food hall right downtown. And the Little Loaf Bakeshop just opened up a spot in the Underwear Factory, with mouthwatering pastry. That feels really good—there was a cafe there that went under during COVID, and it’s wonderful to have the fresh energy.” The Underwear Factory, a project for the nonprofit Hudson River Housing, also hosts co-working space, art studios, apartments, and a shared-use commercial kitchen.

Food is a well-executed obsession here, just five miles from the Culinary Institute of America. Grab a healthy lunch at Lola’s. Try the Italian at Cosimo’s, the Irish at Mahoney’s, the German at Schatzi’s, the French at Brasserie 292, the seafood at River Station and the Jamaican at Sylvia’s—and that’s the merest tip of the iceberg. (Rossi’s Deli makes world-renowned sandwiches.) Dinner is a great prelude to a show at the Bardavon 1869 Opera House or the Mid-Hudson Civic Center, maybe with a drink at the new cocktail bar Goodnight Kenny to wash it down. 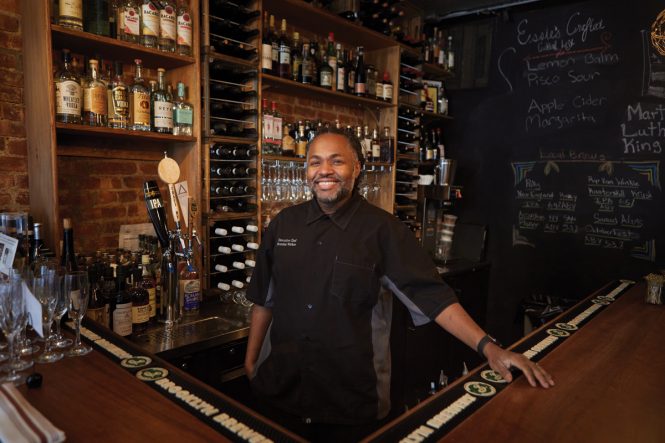 Don’t miss a saunter on the Walkway Over the Hudson, and do catch a sunset over the river—that’s why they built Millionaires’ Row on this side of the river, some say, but now the views are there for every one of us. Art museums and galleries abound: including the Barrett Arts Center, Cunneen-Hackett Arts Center, the Francis Lehman Loeb Art Center at Vassar College, Gallery 40, Cryptic Gallery, and the Poughkeepsie Trolley Barn. Under-12s will marvel at the wonders of the Mid-Hudson Discovery Museum.

“Things are still tight,” says realtor Barnett Waldo, a lifelong local and agent for Harper & Associates. “A lot of developers got hit by various COVID issues, and we’re still feeling the effects. But there are always people looking to sell. It’s just about making the right connection.”

Waldo says that rising interest rates have thus far eaten into any increase in affordability. “Affordable is relative, but thankfully our stock is diverse,” he says. “If you’re shopping for a Mercedes, you need Mercedes money, but you could always decide to expand your options, and an agent who’s a real baller can probably help you find something you’ll love.”

At press time, listings included small two-bedroom houses and condos and large fixer-uppers for under $200,000. Several three-bedroom ranches were available between $300,000 and $400,000. An 1890 brick home with a meticulously renovated floor-through apartment on each of its three stories in a buzzy location was offered at $675,000. And for $1.15 million, there’s a four-bedroom “modern estate”: 18-foot beamed ceilings and floor-to-ceiling windows, custom cherrywood library, and in-ground pool.