Proximity to Major City: About 110 miles to New York City; about 50 miles to Albany

Points of Interest: Tivoli Bays, a federally protected nature reserve, offers hiking and kayaking, and a quick jaunt across the river to the west brings you into the heart of the Catskills. Twenty-five minutes in the other direction, you’re smack-dab in the Berkshires. Both offer hiking, skiing, and B&amp;amp;amp;Bs. If you want to recreate in town, join the world’s most unpretentious, under-the-radar “country club,” the Edgewood. It costs $10, including golf cart, for nine holes, and you can’t even see the course from the road.

Tivoli was incorporated in 1794 as an outpost of Transcendental Idealism along the Hudson. Essentially, it was to be a commune. And at times, its 1.8 square miles, sloping steeply toward the Hudson, do seem like Shangri-La.

In the 1980s, downtown Tivoli was anything but—lots of boarded-up buildings and dilapidated Victorians. According to one local realtor, he and several other interlopers from New York City bought up property, spruced up the town, formed an alliance with Bard College four miles south, and turned it from ghost town into a mix of businesses that cater to the high (a high-end sandwich shop and a vegetarian restaurant), the low (a laundromat, a pizza place), and the in-between (a bar). The Realtor calls it a mixture of “blue blood and blue collar.”

It has a hipster component, too, thanks to Bard students, professors, and ex-New Yorkers. The actor Griffin Dunne wrote a travel piece about Tivoli for the New York Times called “Brooklyn on the Hudson.” “The local crowd in Tivoli has an effortlessly hip and creative edge about it,” he writes, “as if it fled Brooklyn before the rest of us ruined it.”

No main drag cuts through Tivoli; you have to make a deliberate turn onto Broadway—west, from 9G—to get to its throbbing hub, which is neither throbbing nor much of a hub. It is, however, charming and picturesque, and, because it is a road less traveled, it gives one a sense of discovery, of happening upon a place. 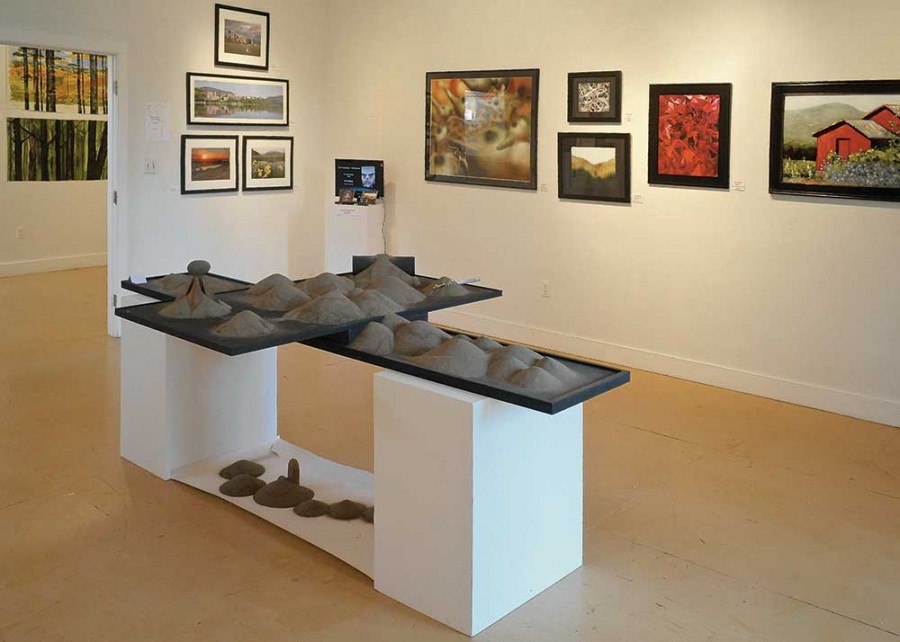 The few businesses in town tend to attract a large following, especially on weekends, when folks stop for sticky buns and small talk at the Tivoli Baking Company or an egg sandwich at the new-ish sandwich shop, Murray’s, across the street. There’s a good old reliable library and a post office as well. The one bar, the Black Swan, has music and trivia nights.

About three miles south of town sits the majestic Rokeby mansion and, along the river, Poet’s Walk Park. There’s a CSA and pick-your-own flower farm at Rokeby, and in the outbuildings behind the house a group of sculptors fashions enormous papier-mâché puppets for the annual New York City Halloween Parade.

The Kaatsbaan International Dance Center sits right in town, and five minutes away at Bard College there are plays and concerts, especially in the summer at the Frank Gehry-designed Richard B. Fisher Center for the Performing Arts.

About half the town is subdivided into cul-de-sacs and traditional suburban housing types that back up to the town park, which has a water tower, a pavilion, and a playground. The rest of the town has only five streets, but entirely different kinds of houses are found on each of them.

Tivoli combines storybook Victorians, traditional suburban Cape Cods, above-the-store apartments, Hudson River-front mansions, and an extremely affordable condo development, Tivoli Gardens, where a lofty one-bedroom tends to run for less than $125,000. The Cape Cods can also run in that range, whereas a large house along the river—and thus along the railroad tracks—is currently on the market for $1.45 million. One of those Victorians in the 1,200-square-foot range, with three beds and 1.5 baths, often goes for about $245,000.