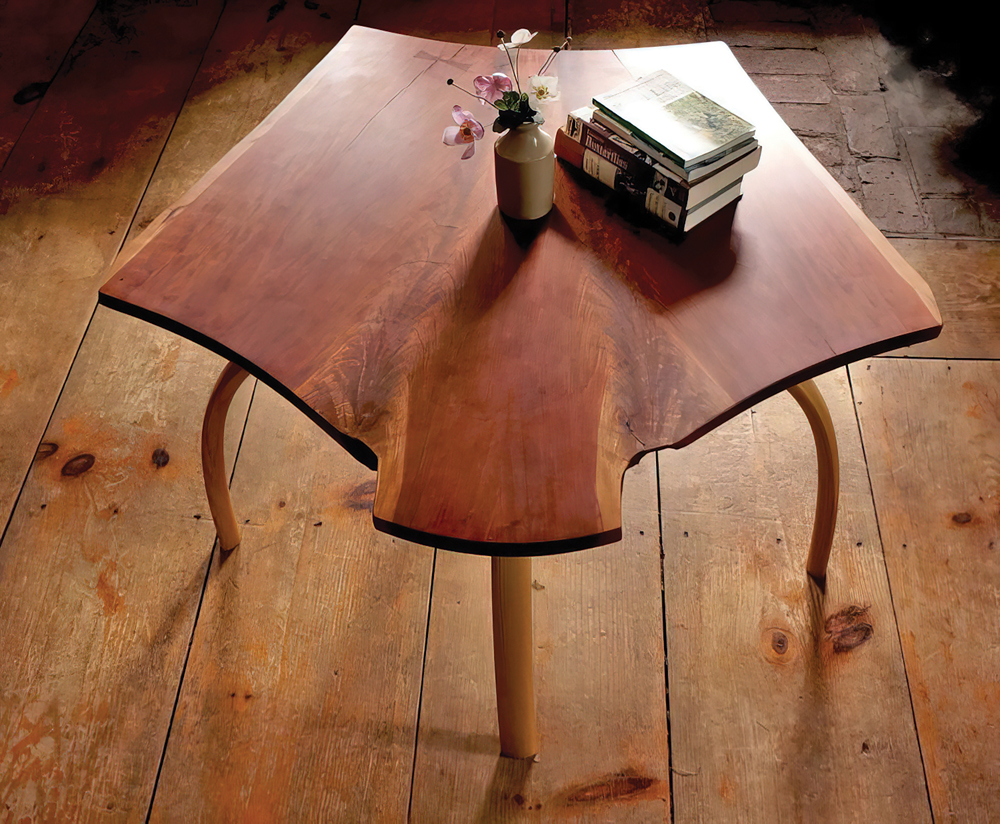 Woodworker Josh Finn may have grown up in the Hudson Valley, but his early career path and subsequent journey back to the region were roundabout. “I dropped out of college and bought a one-way ticket to England,” he explains, describing his early working life. “I wanted to travel more, and I was doing handyman-type projects [to support myself ].” A growing interest in woodworking brought him back to the United States, where he worked in a cabinet shop in New York City—and then to a furniture shop in Wales, a Shaker furniture shop in New Hampshire, a millworking shop near Burlington—and finally to Judith Ames furniture in Seattle.

“It’s funny, I always sort of thought I would end up back here, throughout all my travels, but was never quite sure how that was going to happen,” he adds. But after meeting his wife, Finn relocated to the Hudson Valley and opened his own shop in 1995. 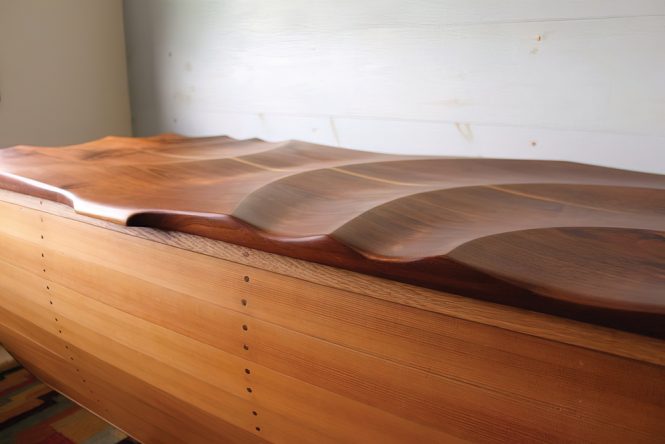 A hope chest made from black walnut, white oak, and western red cedar.

Finn’s approach to the craft seems defined by his apprentice-style journey and an accompanying naturalness, which has fostered a distinctive perspective, simplicity of approach, and down-to-earth ethos. This is reflected in his work. “I like to use traditional joinery as much as possible,” he notes, mentioning mortise and tenon as well as dovetails—a legacy, in part, of his Shaker education in woodworking. As a designer, simplicity reigns as well: Finn likes to emphasize patterns, lines, curves, and shapes evocative of the natural world, and adds custom carving in this style to some projects.

Despite his stripped-down style, the list of his creations is rather diverse. Finn makes a wide array of custom furniture: beds, bookcases, chairs, tables (including a current project, constructing a table for New Paltz’s new town hall), and more. He also has what he describes as a utilitarian side to his business—largely doing work in homes, including kitchen renovations, staircases, built-in furniture, bathroom vanities, doors and entryways, and other projects of varying complexity. 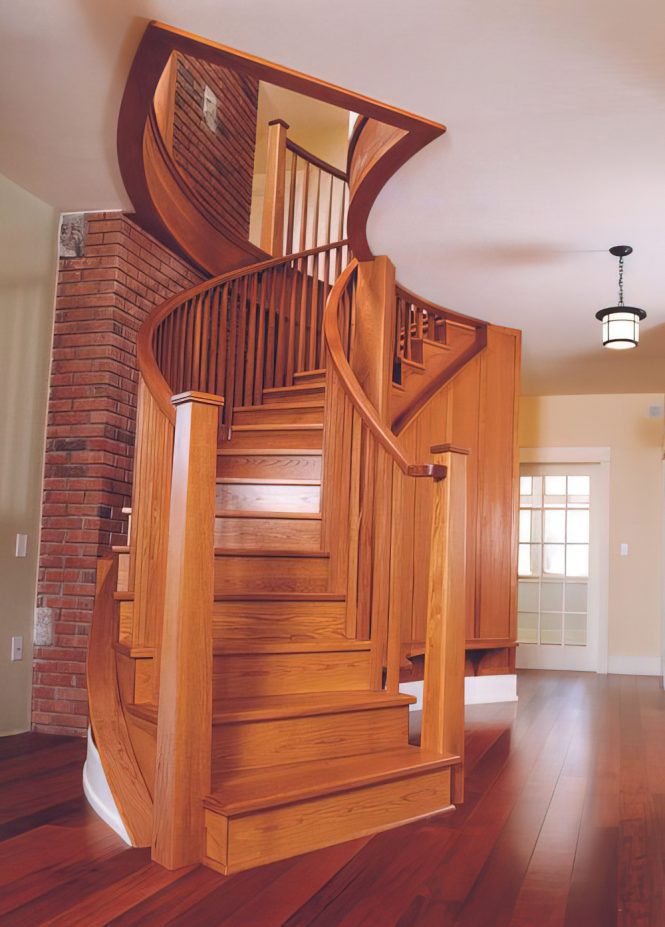 A curved white oak staircase with a cherry handrail.

“Every job has some sort of challenge,” he says. “Sometimes it’s design, sometimes it’s material, sometimes it’s the client. I’ve been doing it quite a while—and I like that, figuring it out. It’s problem-solving every day. It keeps me busy.”

Sustainability also plays an important role in Finn’s approach to woodwork. “I feel like if you’re going to cut down a tree, and it took 70 years to grow that tree, hopefully the piece of furniture or whatever it is would be around at least for that long—so another tree has a chance to grow back,” he says. For overlapping reasons, he works to source as local-as-possible wood for his projects, so as to meaningfully stay connected to the forests that are inevitably contained within the pieces. 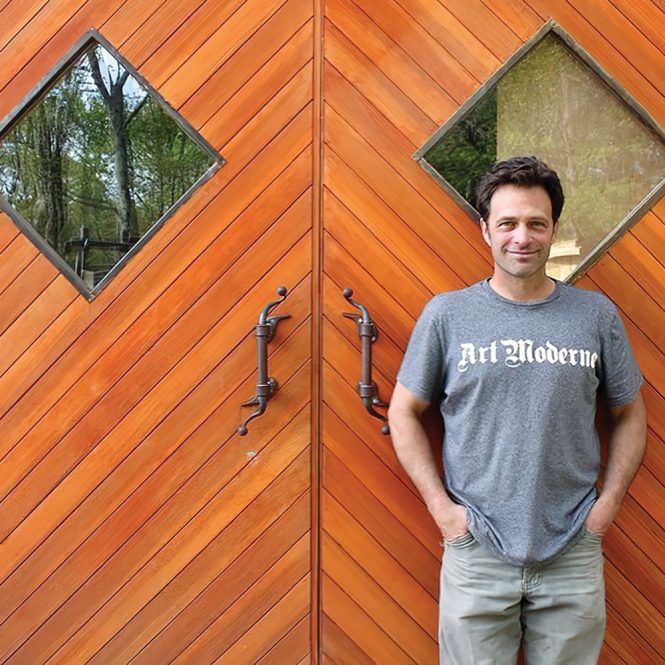 Josh Finn in front of his studio in High Falls.

In recent years, Finn has also taken up teaching. “I love what I do, and it’s really nice to pass along the skill that I’ve picked up over the years, and see people get captivated by be- ing able to make something,” he says. “It feels very empower- ing.” In addition to introductory boat-building workshops at Wild Earth in High Falls—where Finn works with students to build simple canoes and row boats—Finn has participated in a program at the Mzuzu Academy in Malawi, a small African republic, teaching basic woodworking skills to high schoolers. “It just feels like an honor to be able to go somewhere and be part of a community for a time and just give to it,” he says, describing his workshops and relationships with students there. The program provides valuable vocational training in an underdeveloped country—and despite being unable to travel there the last two years, due to the pandemic, Finn is eager to make a return visit in 2022.

Ultimately, what makes Finn’s work so compelling may simply be his plain love for the craft he practices. “It’s been over 37, 38 years, and yeah, I love making things. That’s just what I’ve been doing.”

Josh Finn’s shop in High Falls is open by appointment.