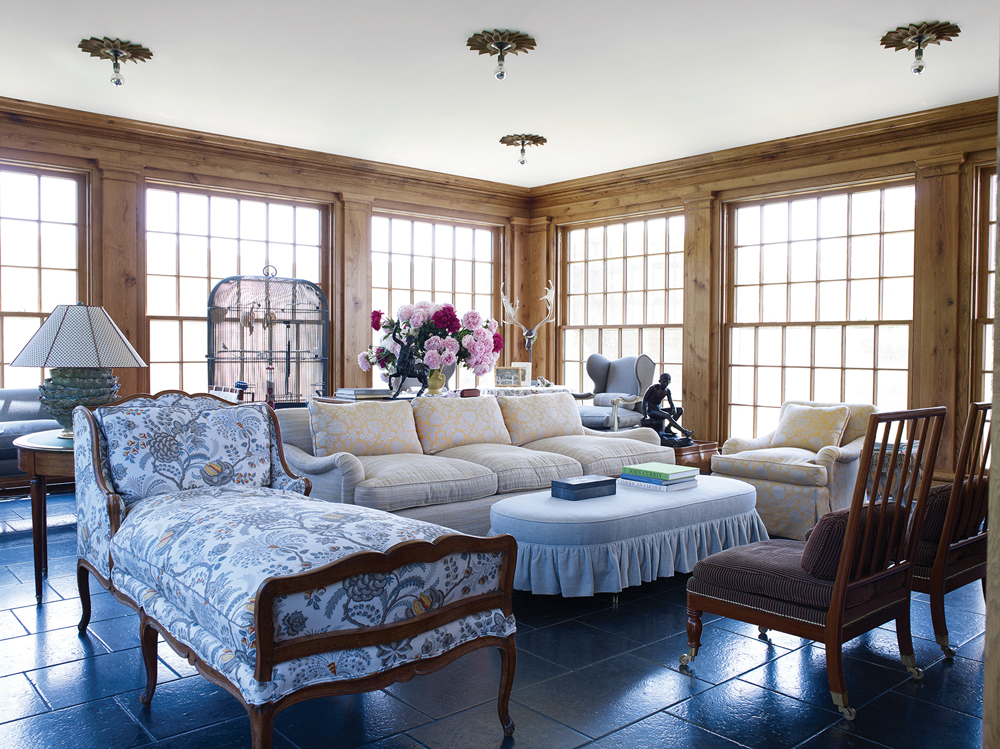 When one of designer Darren Henault’s twin daughters first saw his new store, Tent, she told her dad, “Looks like our house, only everything’s for sale.”

Lucky girls. If Tent’s interior looks like their home in Millbrook, I’d like to live there, too. Instead, best to spend some time in the shop that, like any home, is a “collection of experiences,” according to Henault. Every piece—from the Japanese handcrafted ladles and the Mexican gourd-shaped pottery to the furniture clad in luxury fabrics you won’t find in any other retail store—reflects Henault’s aesthetic. It’s all about texture, comfort, shapes and layers. Above all, he says, it’s the feel of an object. Everything in Tent has that Henault touch—literally. 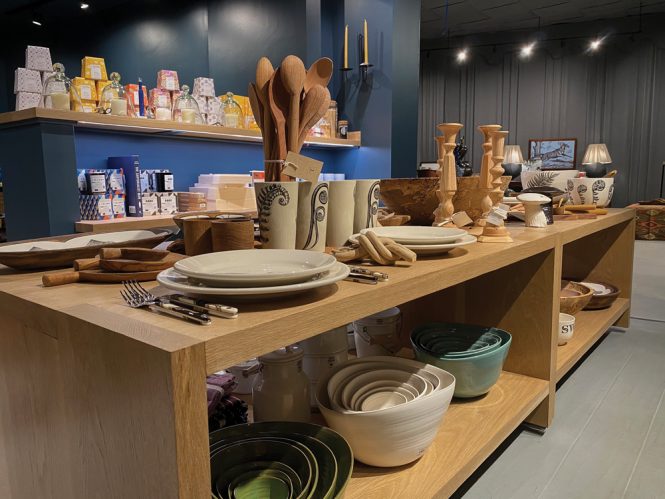 “My dad was in the textile industry, and he always touched new stuff,” Henault says as he moves from one item to the next, pointing out the luxe, sensuous qualities of the fabric swatches, rugs, pottery, the fused-glass drinkware and the concave teak serving hands.

What products feel like is the determining factor in Henault’s store as well as his design practice. His sensibility is one that’s kept him among the top echelon of New York interior designers for 30 years. When New York shut down a year ago, he and his husband and their teenage twins settled into their Millbrook home and never really left. In June, he learned of a space—a former auto repair shop—for sale on Amenia’s Main Street and envisioned a place of his own. Why not, he thought, take his design knowledge and love of acquiring objects and put them in a store?

Hide pillows juxtaposed with a block print from Bennison Fabrics sit atop Tent’s bespoke ottoman, designed by Darren Henault and upholstered in the traditional texture of herringbone wool from Holland & Sherry.

He hired a merchandising director who’d been at J. Crew and Draper James (Reese Witherspoons’s store) and told her he wanted to open by Christmas. It seemed like an impossible feat—it’s normally, at minimum, a year-long process—but they got it done: the store opened December 18. Henault worked with vendors he knows from all over the world, and sought out others whose work he admired. Some are local artisans, but Henault is adamant that it’s more about the talent and beauty of a piece, not where it’s from. Every item has a story, and he’s happy to tell you about its provenance.

All of the furniture is of his own design. The sofas are down filled and upholstered in fabrics from iconic European mills. He is the exclusive dealer for Holland & Sherry, Rogers & Goffigon, and Bennison Fabrics, all high-end textile makers.

Rugs, pillows and tabletop items are selling particularly well. Henault has been collecting rugs for 30 years and has a warehouse full of them. (“You need a rug, I’ll get you a rug,” he promises.) It seems that the design approach—not his—of the last 10 years, where homes resembled sleek hotel rooms, is turning toward Henault’s style, where every glance elicits an encounter with light, texture, quality, form, and mood.