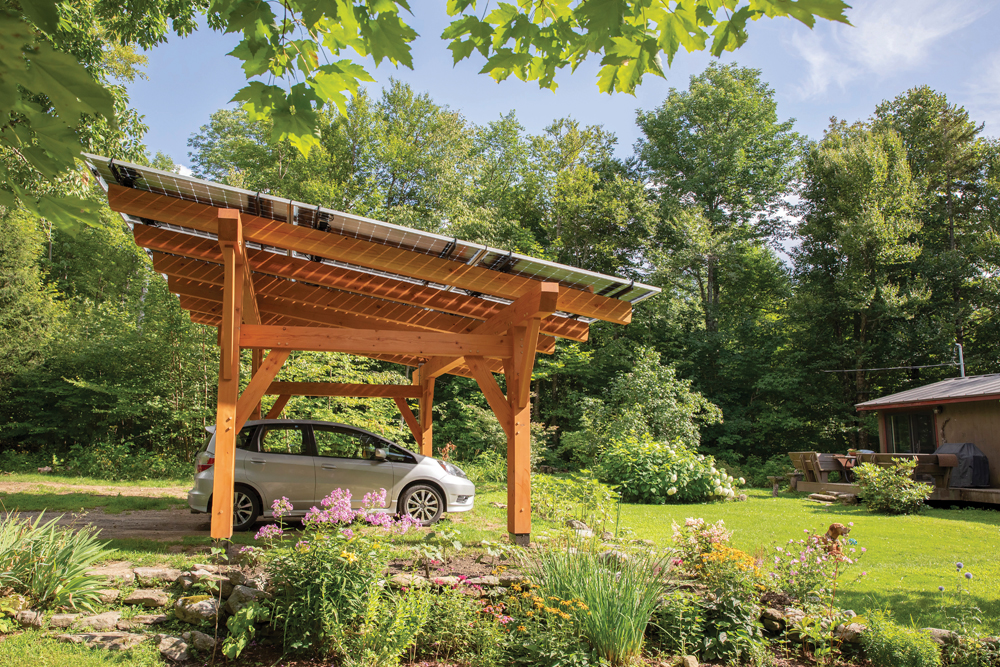 There’s enough solar energy reaching the Earth in one hour to meet the world’s energy needs for a year. But barriers to adoption, like the upfront cost of installation, have limited the number of homeowners who’ve chosen solar for their energy needs. Another common obstacle is that rooftop solar excludes a lot of people from converting to solar. Tom Berry, vice president of marketing at SunCommon, explains that the Hudson Valley and Vermont-based solar-installation company needed to create a workaround to roof-mounted panels. “Either their roof wouldn’t support solar, they didn’t want it on the roof, or their roof was facing the wrong direction,” says Berry.

The answer: the Solar Canopy. SunCommon teamed up with timber frame home builders New Energy Works to produce these multi-function structures that provide both clean energy and shelter. They cover parking areas, patios, woodpiles, and can be used as gathering spaces. “It’s a beautiful structure that has many different functions either providing space for socializing outdoors or to keep the snow off your car in the winter.” Berry says. The timber frame structure is secured with six-foot ground screws that can be installed on grass, pavement, dirt, and gravel. 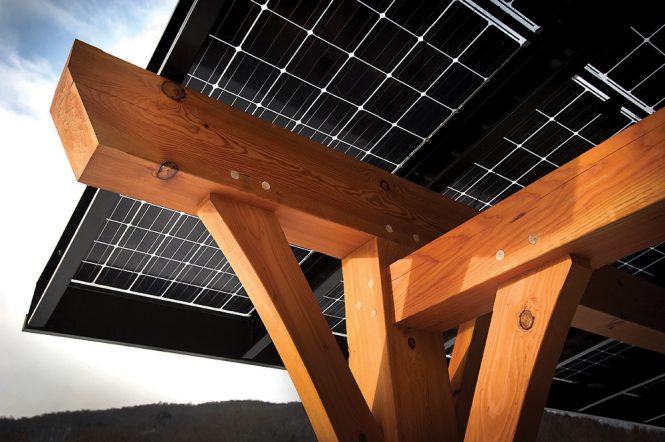 The canopies come in four basic models. One car fits under the Canopy Compact ($39,000), and its 18 solar panels generate enough power for a small house. The standard version is the Canopy Single ($53,000), which has room for two cars, and 24 solar panels that produce eight kilowatts—enough to power the average home year-round. The Canopy Double ($78,000), has space for four cars, and has 42 solar panels that produce 10 kilowatts—making it a great option for households with greater electricity needs. Custom-built Solar Canopies are also available.

Like other solar energy installations, the Solar Canopy requires a significant upfront investment that saves money in the long-run. “Over time, the canopy pays for itself because you’re generating the energy and you’re getting the credit on your bill for that energy you push back into the grid,” Berry says. In order to make it affordable for everyone, SunCommon offers solar financing with no upfront cost and low monthly payments. They also offer a discount program for low-to-moderate income level households with a gross income at 80 percent or less of the median county income.