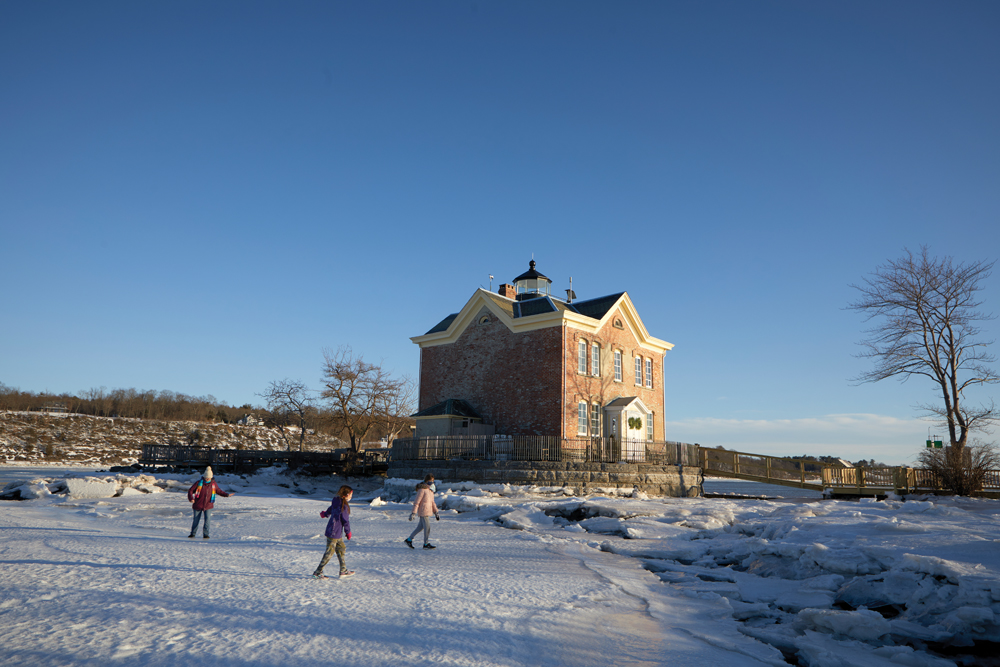 A sawmill had been operating in what is now Saugerties for around a quarter century already when Sir Edmund Andros seized it from Amorgarickakan Esopus chief Kaelcop in 1677, acquiring for the English Crown a choice location indeed: a pretty hillside joining Catskills to Hudson at the mouth of a substantial creek.

In 1710, the British government provided the settlement with a ready-made population of skilled workers, shipping immigrants from Germany’s Palatine region onward to this part of the Hudson valley to make naval supplies for the Crown’s fleet. (Not a century later, during the Revolutionary War, ungrateful British sailors would anchor here and set fire to sloops and a few farms, leaving five days later after General Burgoyne’s Saratoga surrender.)

In 1811, the hamlet contained a whopping 21 houses and was mostly owned by Robert L. Livingston. Around 1825, Henry Barclay, a businessman and friend of Livingston’s, decided he’d rather be an upstate industrialist than a New York City importer and dammed the Esopus to power an ironworks and a paper mill, importing engineers and techies from overseas to oversee the latest methods, creating what was then called the Village of Ulster.

Barclay’s mills would change hands many times over the decades before finally closing for good in 1969. By then, the Band had already released the born-in-Saugerties Music from Big Pink and the monolith at Harvey Fite’s Mayan-inspired marvel of dry-laid bluestone, Opus 40, had been standing for five years. Saugerties has long had a gift for making room for the latest while remaining indubitably Saugerties. International horse show folks have been based here since 2003, bringing with them the potent economic lift of Horse Shows in the Sun. Upriver, a major film studio, climate- forward and woman-owned (one of whom is Mary Stuart Masterson), opened in 2020 and is bringing yet another, and the community has opened its arms, not for the first time, to the many newcomers collaborating on the current reinvention.

Laura Huron, owner of Bosco Mercantile, had never given upstate life a second thought—she was having too much fun as a bicoastal vagabond between New York and San Francisco and summering on Fire Island, but a stop in Saugerties changed all that. “I had no idea a place like this existed,” she says. “I ended up here for the weekend and was just wandering around, and I was charmed in the way these villages can do. So beautiful! Everyone was so friendly. I went into Dig, the dress shop Daisy Kramer Bolle had at the time, and we got to talking about my dream of opening a home store. She was just so welcoming and warm and helpful.” 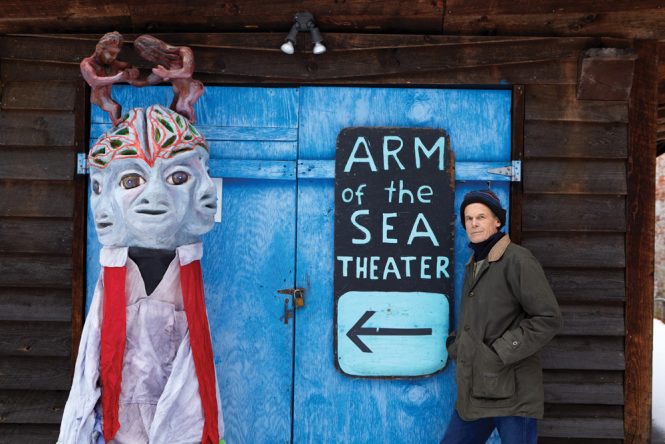 That was about five years ago, and Huron says she’s still impressed by her new home. “There’s a fantastic arts nonprofit, Shout Out Saugerties, that started with just a couple of weekend events in the summer and now has a full year of programming— during the pandemic, they’ve organized all sorts of safe outdoor events so people could get together, hosting movies and plays. This spring, they’re partnering with Opus 40 on a sculpture event all through the village. I don’t think I realized when I moved here how many truly wonderful arts people of all kinds were already embedded here, and then just in the last five years, even before COVID, we’ve just had a tremendous influx of people coming here and getting involved.

Huron says there are hardly enough hours in the day to partake of the options, but she’s trying. “I love the restaurants—Miss Lucy’s, Olsen and Company—they opened right after I did, they’re Saugerties born and bred and they’re wonderful. I love the walks and hikes nearby. We put together a merchants’ group to plan some events and boost commerce, and we’d talk it over at the Dutch Ale House over cocktails and knitting, just great fun.” 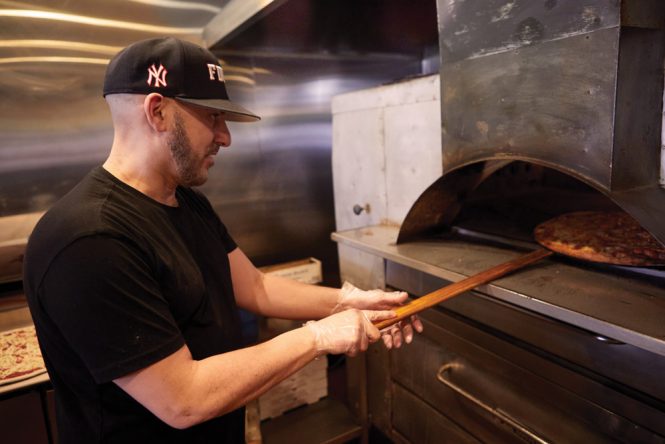 She’s already been to three films at the Orpheum Theater, recently reopened by Upstate Films, and Huron is looking forward to another summer of outdoor performances and markets and canoeing and kayaking from the village beach. And she’s come to love the neighbors she shares them with.

“During the pandemic, multiple mutual aid programs sprang up to make sure everyone that needed rent or food was taken care of, and it was really inspiring to see,” Huron says. “And the people who’ve relocated here are on board with that—they’re supporting local vigorously and loudly.”

“Things are still pretty crazy,” says realtor Scott Helsmoortel, who’s been selling homes in Saugerties for over 15 years. “There’s not a lot of inventory, and when something does come up that’s priced correctly, showings get snapped up and there’s a feeding frenzy. It’s a problem. We just put a house on the market in Barclay Heights, not luxurious, needed some work—the kind of house that three years ago would have taken a while to sell. Five offers and three days later, it’s pending.”

It’s a familiar situation all over the Hudson Valley and beyond these days, and Helsmoortel’s advice may sound familiar, too: “Have your finances and preapprovals all lined up. Be diligent in your search, and be ready to rock.” 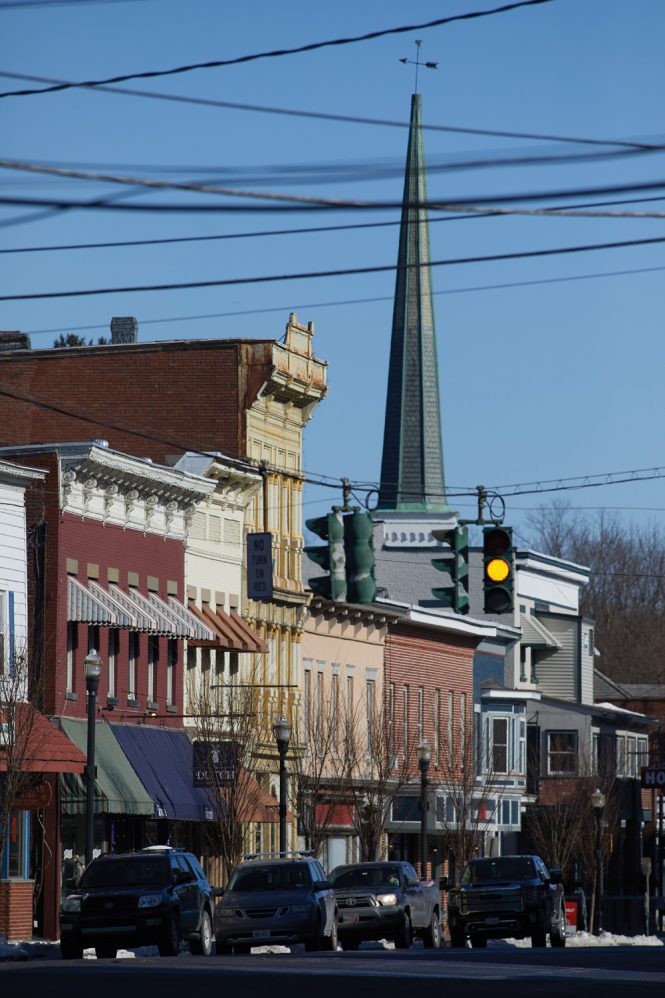 All of that said, at the time of this writing, Realtor.com was listing smallish two- and three-bedroom saltbox and ranch homes in outlying neighborhoods between $100,00 to $300,000. Their data reflects that the median home price in Saugerties in December of 2021 was $359,000, a year-to-year increase of 13.4 percent.

“The frenzy is across all price ranges,” says Helsmoortel. “Million dollar homes, $250,000 homes, they’re all selling. Eventually, something’s got to give—I don’t know what, but everybody’s got to live somewhere.