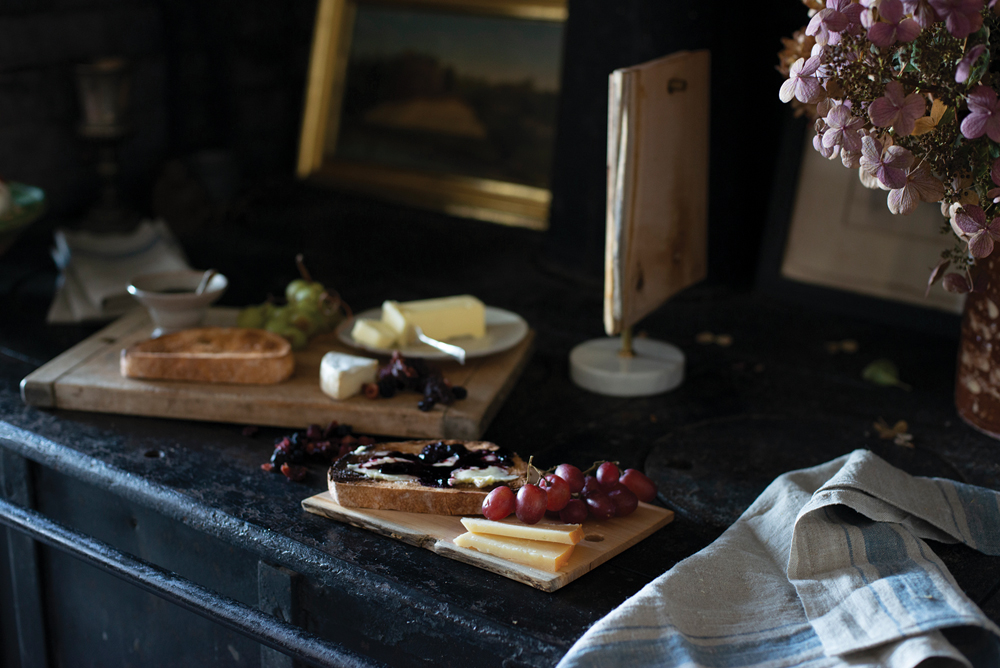 Pippa Biddle and Ben Davidson are not your typical antique dealers. That’s not only because of their ages—Ben is 30, Pippa 29—but also because the work they do at Quittner Antiques in Germantown encompasses quite a bit more than just collecting and selling used objects. The couple has sought to create a space that is “reflective of how we live our lives,” says Biddle, which for them meant adding a custom design side to the business, which complements their restoration and retail work.

Not that antiques aren’t the essence of it. “There’s an adventuresomeness in antiques that a lot of people don’t realize,” says Biddle, describing how the couple’s youth intersects with an industry that is not conventionally understood to be young. “[People] think of old as sort of staid and stoic. But it’s really a rollercoaster adventure ride. It takes a lot of energy to be able to go to auctions, to be able to hunt things down.” 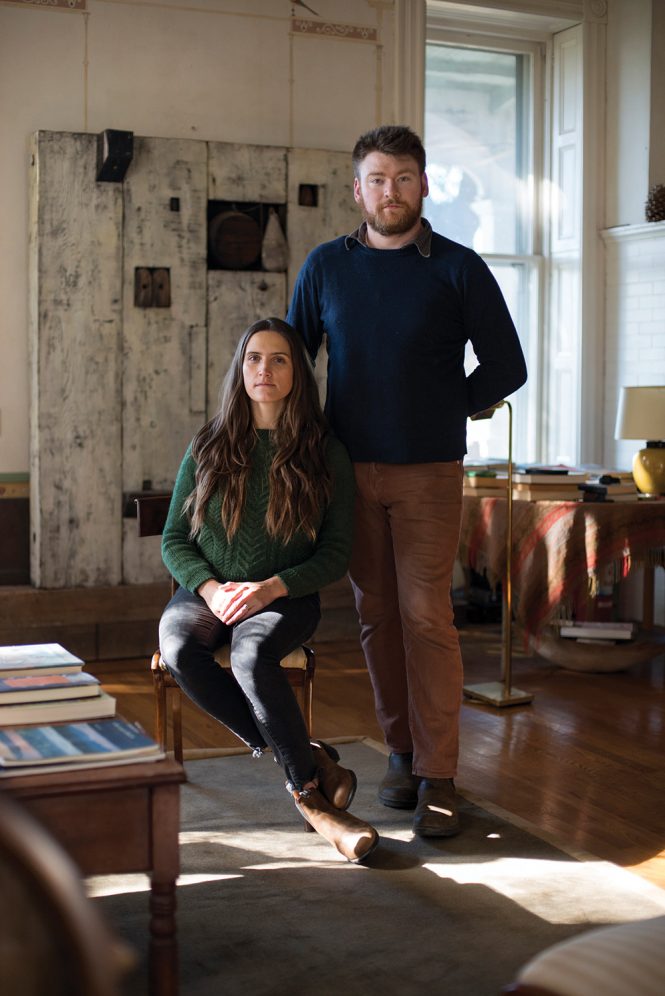 Pippa Biddle and Ben Davidson in the living room of Davidson’s grandmother’s home in Germantown.

Biddle describes growing up surrounded by antiques, spending time in the home in Dover, Delaware, that her family has occupied since 1760—which, combined with Davidson’s academic background in history, has helped to produce their distinctive approach to the field, which blends a lively engagement with the past with an acute consciousness of the present and future.

The couple sees a strong link between the antiques that they refurbish—they focus particularly on lighting fixtures—and the new items that they design and (on their own and with the aid of local makers) create. “People often forget that if we don’t make beautiful things now, that are well-made, there won’t be antiques in one hundred years,” says Biddle. “It’s sort of this amazing thing: We get to work with antiques, and we aim to make things that will one day be antiques. It challenges us to raise the bar on our own designs, because we see what it takes for something to last that long.” 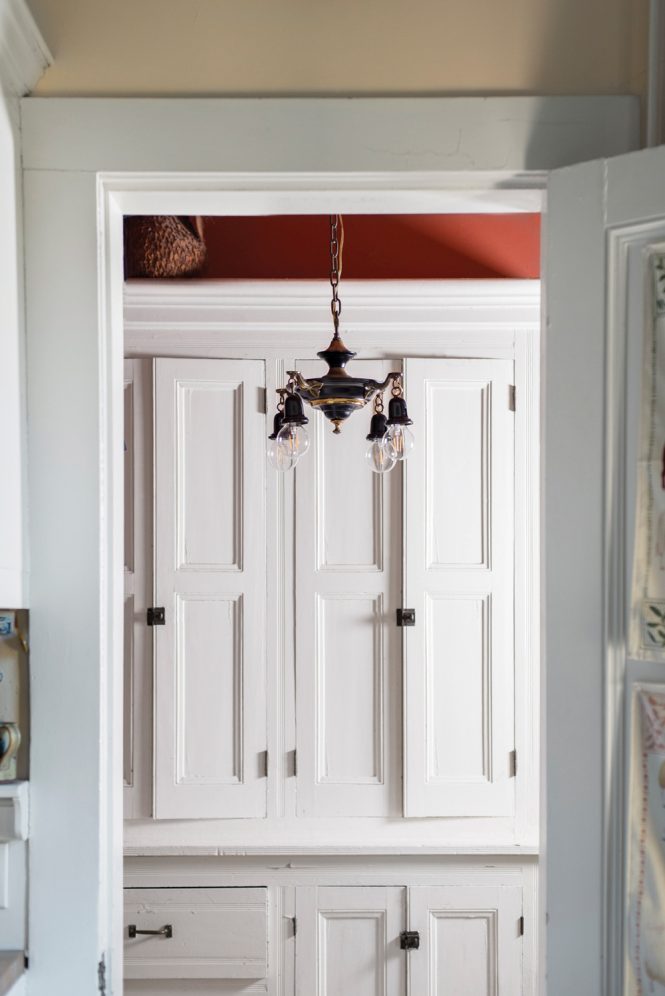 Davidson, who takes the lead on restorations and honed his early skills during a post-college stint participating in the renovation of the Thunderbird Lodge outside of Philadelphia, discusses the history contained within antique objects—and what can be learned through them about craftsmanship. “We’ll open up a chandelier,” he says. “You’ll see it started as a gasolier, made for burning gas, and then someone converted it to electric in the ‘30s, and then someone rewired it in the ‘70s, and then someone glued wiring to the exterior of it in the ‘90s, because they didn’t want to dissemble it.”

“It’s like stripping back paint in a house,” he adds. “You [say], ‘Okay, I can see each layer of the mistakes that were made here, and [ask]: Why did they do this? And how can we do the original piece justice, and all of the iterations the justice that they merit?’” 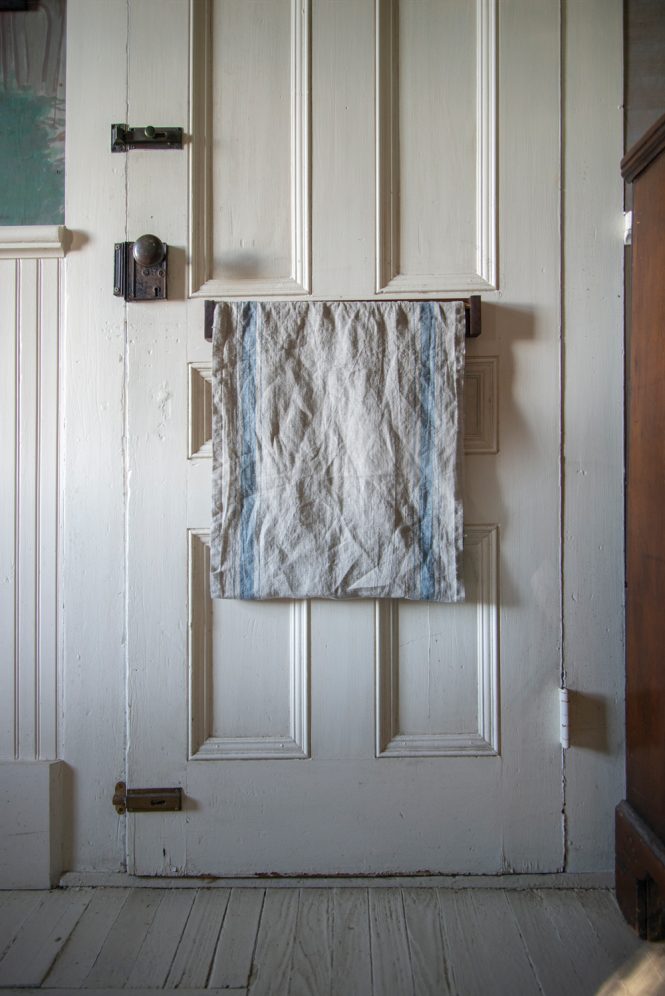 All of Quittner Antiques’ fabrication either happens in house or within a 40-minute radius. Even the linens are a custom collaboration.

While custom designs have been a consistent dimension of the business, this spring the couple is launching their first custom collection, which will include two table lamps, a pendant, homewares, and a print that the couple designed “based on a 1790 waistcoat” that will come as a tablecloth, napkin, and lampshades, explains Biddle. The porcelain for the table lamps and pendant will be made in collaboration with local ceramicist Aleah Stewart-Souris—part of their effort to keep close to the Hudson Valley community. “Right now, all of our production is either in-house or within 40 minutes of us,” Biddle says, mentioning Made X Hudson, Al Schulze of NYWoodworX, and textile designer Elizabeth Halpern as other nearby partners. “Even our linens are sewn 15 minutes away [and] the fabric is produced three hours away. We’re really trying to keep things local.”

Despite these new plans, the couple does not intend to over-extend Quittner. “Our restoration work isn’t going anywhere. That’s something that we’re really proud to be able to offer to our clients,” says Biddle. “There are many people that we work with where we might do three or four custom fixtures for their house, that are themed around a piece that we restore for them that’s original to the house.” 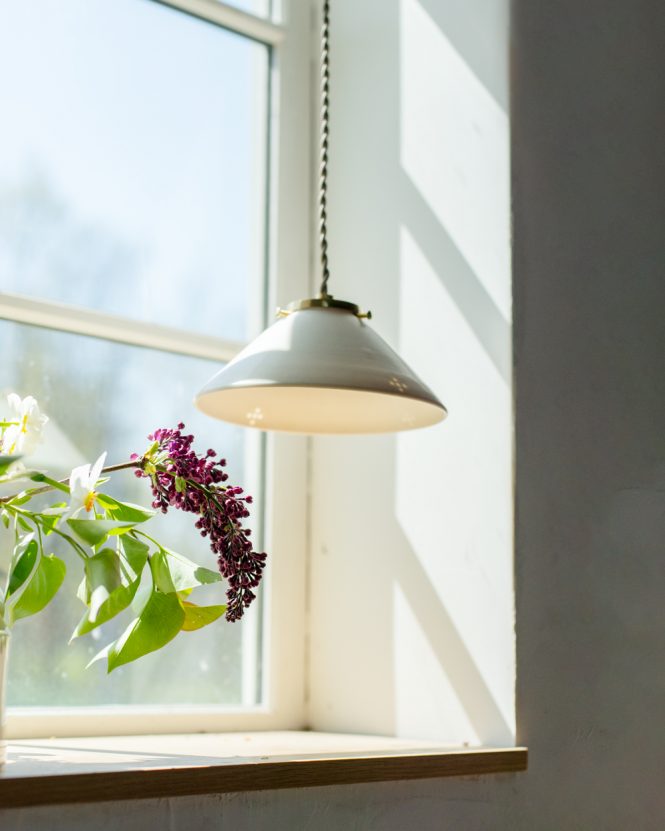 Biddle and Davidson also seek to keep their designs as inclusive as possible. “We’re not looking to scale up to sell to everyone,” says Biddle. “We are looking to produce a special collection of pieces that people really treasure and care for for a long time.”