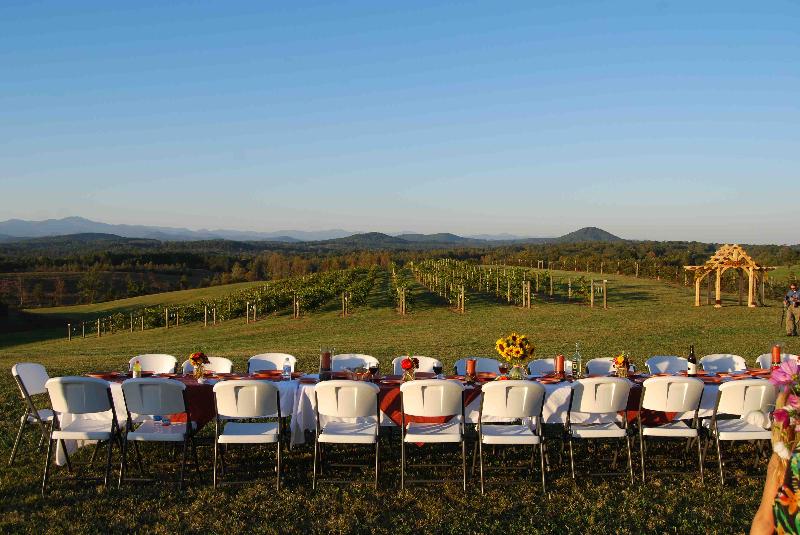 Although the term “farm-to-table” has changed from a hipster catchphrase for cutting-edge culinary provenance to an overused catchall signifier (the new “gourmet”), there can be no doubt that consumers want to eat local when dining out. The Hudson Valley, due to an ideal combination of world-class agricultural land, skilled chefs cooking high-quality food, and proximity to a vast urban market, is rapidly becoming as much a culinary destination as it is a breadbasket for New York City. While upstate consumers have plentiful farmers’ markets and CSAs to choose from, restaurants are also buying from farms; as local demand for local food increases, more of the harvest stays upstate each year.

Increasingly, restaurants are also taking control of their supply by growing it themselves. Henry’s, the restaurant at Buttermilk Falls Inn in Milton, also boasts its own 40-acre farm and orchard that supplies most of the fruit, greens, eggs, and honey it needs. Red Devon restaurant in Bangall raises all its own cattle—the eatery’s name comes from the breed—and it’s growing more and more produce and herbs both on- and off -site. In addition to monthly dinners that showcase the meat and produce they grow on their farm, Glynwood, the sustainable agriculture institute in Cold Spring, has begun working with the Chefs Consortium to create a collaborative network of chefs dedicated to using local produce with a goal of developing an agriculture-based Hudson Valley cuisine.

Blue Hill at Stone Barns, presided over by chef Dan Barber, defines the genre by virtue of its lavish location, an estate built in Pocantico Hills by the Rockefellers around the turn of the last century. The combination culinaryand agricultural-operation, centered around a half-acre heated greenhouse, produces most of the crops and animals for the restaurant year-round, in addition to running many educational programs for amateur and young farmers.

While most farms cannot aff ord to heat their greenhouses, there is a noticeable shift toward four-season production; our region sits near the latitude of Barcelona, so with protection many cold-hardy crops can have their season extended deep into winter and sowing can begin while the ground is still frozen.

Fish & Game, a new venture in Hudson helmed by Zak Pelaccio of Fatty Crab and ’Cue fame, works extensively with local farms with such cold-hardy crops, naming them all on the back of each evening’s menu, which changes every week based on what’s available. “Farming [in the Hudson Valley] has become increasingly sophisticated, with more people doing year-round growing,” says Pelaccio. “For a region with such a short season, it’s incredible what we have been able to find, even in January. If you plan in advance,” he adds, “you can pull off year-round cuisine in the Hudson Valley.” This means copious pickling and preserving; peaches they canned in August recently appeared on the menu with pork shoulder confit.

Michael Bernardo is the chef-owner at Café Mio in Gardiner. After graduating from the Culinary Institute of America, which sources over half its ingredients from the region, he says, “I had no desire to move anywhere else. In season, the resources are unlimited.” He, like Pelaccio and many other chefs today, preserves as much of the bounty as possible by canning, fermenting, and curing. While some things (citrus, olive oil, spices, some produce) need to be imported, he makes a conscious eff ort to use local fruit—especially winter apples and pears—greens, and roots; local meat is available year-round. But he laments the time and eff ort it takes to learn about and meet farmers. “It would be great if there was some infrastructure—an institution that helped introduce farms to restaurants,” he says.

There is a contender for this title. Celebrating its 10th anniversary this year, the Rondout Valley Growers Association is a group of about 65 farms in the area stretching roughly from Kingston to Ellenville. The RVGA’s current priority, says Executive Director Deborah DeWan, is to more closely connect farms with restaurants. “We’re exploring all sorts of possible ways to get farms and restaurants together,” she says, including pairing one of each in collaboration: The cook gets a bespoke supply, and the grower gets a steady demand. “We’re looking to enhance understanding of this dynamic and act as a catalyst for mutually beneficial relationships.” But ensuring a reliable supply to restaurantsand institutions—schools, especially private colleges, are increasingly buying local—can be tricky, especially for establishments that are not able to revamp their menu every week.

Paul Alward of Hudson Valley Harvest, a food packer and wholesaler in Kingston, says the company has seen steady growth in the three years since its founding. By buying from about 40 high-quality farms all over the region and freezing much of the product, he says they can ensure a consistent supply of fruit, vegetables, and meat to retailers and restaurants throughout the area. Of the more than 100 restaurants they serve, about a quarter are located in the Hudson Valley; most goes to New York City restaurants and stores like Whole Foods.

Pelaccio, speaking about the regional culinary renaissance, dismisses the trendiness and focuses on the value of the underlying lifestyle. “All the attention is good,” he says. “It builds a virtuous cycle and perpetuates these practices. But that’s how it should be.” While much of this seems cutting edge, there’s nothing new under the sun; it’s worth remembering that in much of the rest of the world, eating locally is simply known as “eating.”