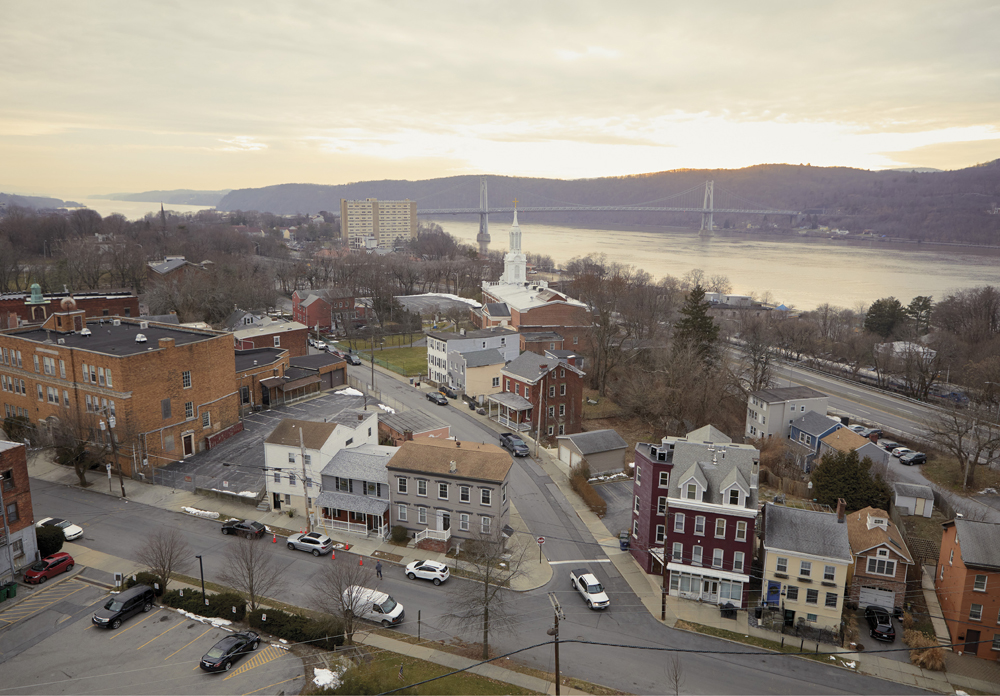 Poughkeepsie’s name is adapted from a Wappinger Native American word that means, more or less, “reed-covered lodge by the little water place,” presumably referencing a stream flowing into the Hudson. When Robert Sanders and Myndert Harmense Van Den Bogaerdt bought the land in 1686, folks promptly set about building a lot more there, notably including breweries, colleges (Matthew Vassar rather presciently started breweries and a college too), mills, and millineries.

In the nineteenth century came the grand mansions of Millionaires’ Row, many of them now public historic sites, and the 1869 Bardavon Opera House, making the reed-covered lodge by the little water place the Queen City of the Hudson for a time. The 20th century brought Marist College and the Culinary Institute of America into the mix, along with IBM, which still employs 4,000 people in Poughkeepsie.

A poorly considered arterial highway sliced through the city in the urban renewal era, cutting the waterfront off from the rest of town and siphoning off former downtown shoppers and diners to the suburban sprawl along Route 9, and the city has been fighting to recover economically ever since. There are still challenges aplenty: on a recent weekend, Poughkeepsie made the news for several shootings—but even as the grief resonated, so did hope, as “60 Minutes” aired a piece about the successful reinvention of the Trolley Barn as an art gallery, an old factory as the new digs of Scenic Hudson, and an abandoned building on Academy Street as a food hall with fresh eats, vendors, kitchen, brewery, and 28 units of much-needed housing being developed by the Baxter Building Corporation.

Mayor Rob Rolison is pleased with how it’s going and excited about what’s next. Last summer saw the return of the three-day waterfront Riverfest after a 15-year hiatus. It was a resounding success according to Rolison. “We had great weather and thousands of people: seniors, families, visitors, residents, all just having a great time,” he says.

Rolison is also excited about a project being undertaken by MASS Design Group, the redesign and rebuild of 316 Main into a mixed-use six-story building. “It was turned into a sort of modern flat-roofed building that didn’t match the architecture we’re proud of, and it’s going to be much better,” he says. 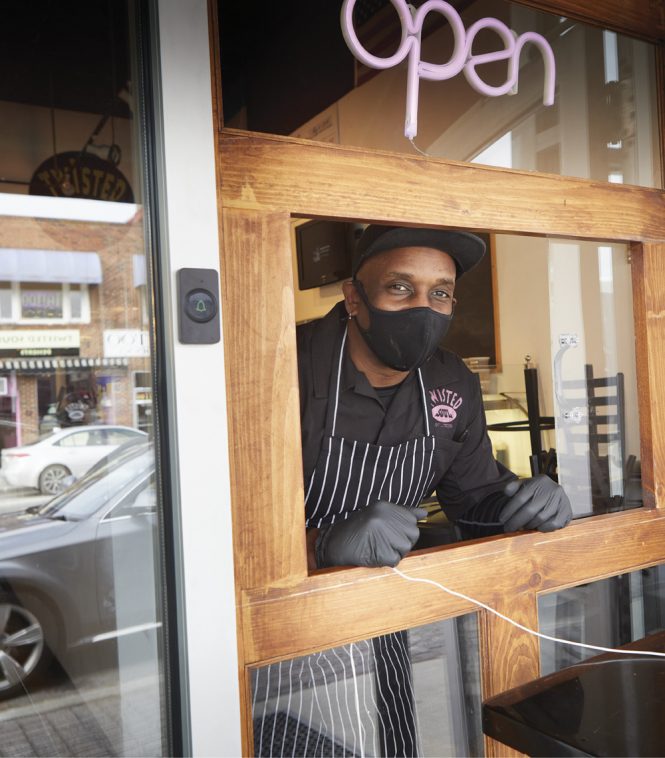 A homebuilding partnership between Hudson River Housing and the YouthBuild program run by Nubian Directions II, a youth enrichment and community empowerment nonprofit, will renovate three homes for the Northside Homeownership Program, while the city invests $4 million in upgrading portions of its 18 parks.

A group of organizations called the 55 Montgomery Coalition is hard at work creating what will be the Youth Opportunity Union. “The YOU,” a county vision that will be located in the heart of the city at the former YMCA, is yet another MASS Design project that has Rolison excited. “The Y was our largest blighted building; it’s been a symbol of decay since 2009, and now the county has committed $25 million for a beautiful, functional new building there,” he says.

There’s a housing study underway in partnership with Mid-Hudson Pattern for Progress that will help inform decision making, and a traffic study in partnership with the county and state will hopefully render some suggestions on solving, or at least mitigating, some of the issues created by that pesky arterial.

“Our art scene continues to flourish; the Mid-Hudson Civic Center has had a facelift and it’s starting to get active again, which is lovely,” says Rolison. “And the food! My wife and I have been doing a lot of takeout, and between deli and pizza and restaurants, it’s been delicious. We have so many hidden gems—Italian and Latin of all sorts, Asian, Indian, African flavors of various countries, Oaxacan—diversity not just in cuisine but in atmosphere and price point. If you look at citywide, I’d say we have just about everything. Happily, we only lost a few restaurants—most have been able to stay open and worked right through COVID.”

The city’s cultural life is also getting back up to speed, with the Bardavon and the Civic Center cautiously resuming live programming, in addition to new venues like Revel 32. Galleries old (Barrett Art Center) and new (Queen City 15) are mounting exhibits of national and regional artists and the Frances Lehman Loeb Museum at Vassar College hosts traveling exhibitions and shows of its own world-class collections.

The Real Estate Market in Poughkeepsie

“Poughkeepsie hasn’t escaped the boom,” says realtor Steven Domber of Berkshire Hathaway. “It’s starting to stabilize, but prices are holding steady, and there are still multiple offers and bidding wars on properties in good shape. If you’re looking, get pre-qualified and be prepared to move quickly.”

At the time of this writing, pretty Colonials and ranches with three and four bedrooms were listing in the $300,000 to $450,000 range, with a few smaller homes under $300,000. Many of the available homes were located in the surrounding town, with not much available in the city proper—though you could still find a few condos under $250,000. Between $500,000 to $800,000, you’ll find stately four- and five- bedroom Colonials and some stylish modern homes. To get much fancier than that, you’ll need to venture out into the rolling farmlands of Eastern Dutchess County and beyond.