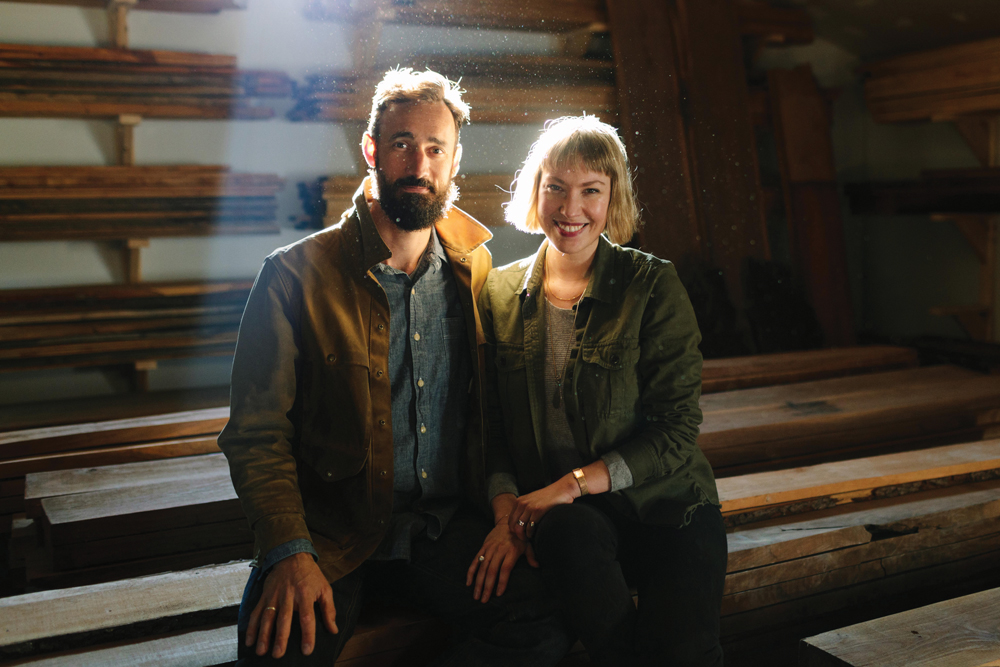 Michael Moran and Celia Gibson are passionate about storytelling, a craft the Gallatin-based business owners hone using the unlikeliest of materials: sustainable wood. They know the origin of every milled board in their workshop and the story behind every felled tree. In fact, “making judicious use of materials” could be their tagline at Moran Woodworked Furniture, where the couple’s custom and limited-edition furniture hinges on sustainability. “It’s integral to our work and how we think about our work,” says Moran, who launched the business in 2004 while living in Charleston, South Carolina; Gibson joined in 2010, a year after they met.

Their work lies at the intersection of attention and intention, as reflected in the charred pieces Moran and Gibson have been crafting for a decade. Shou sugi ban originated in 18th-century Japan as a method of preserving wood by charring it with fire. The practice traditionally uses Japanese cedar, coated with natural oil, to render it weatherproof. Gibson likens the deep, textural char to dragon skin which, when touched, feels “slightly otherworldly.” Keen on authenticity, the pair have infused the ancient process with their own perspective, which starts with native wood. “It’s one of the things we grapple with,” says Gibson of their decision to employ abundant Loblolly pine—a fast-growing species that can reach 110 feet in height—as opposed to the cedar. The best part? “All the [charred] pieces we’ve made to date—save for some of the very first—have been built from the same rescued tree,” notes Gibson. (This tally includes at least 33 medium-to-large pieces and a series of 20 limited-edition turned-table lamps). And it’s not gone yet. 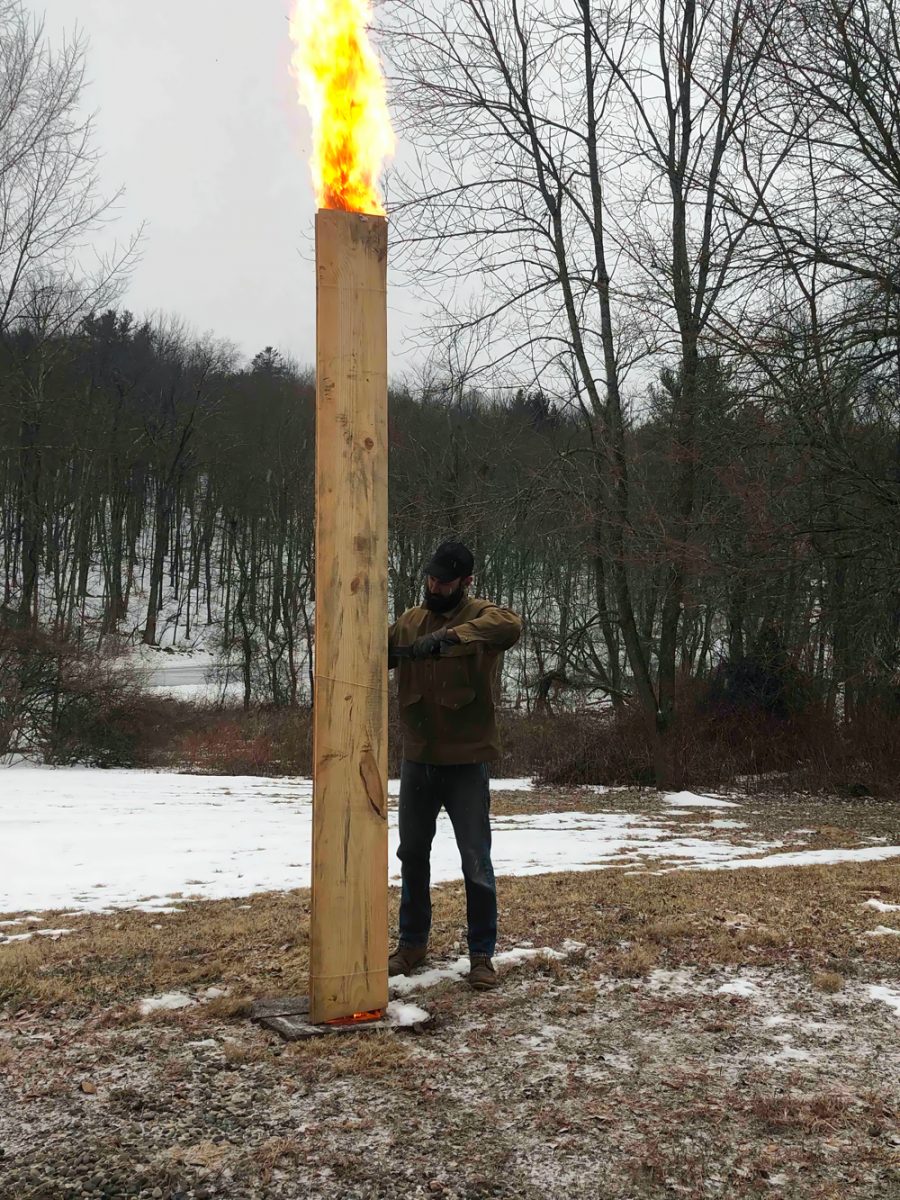 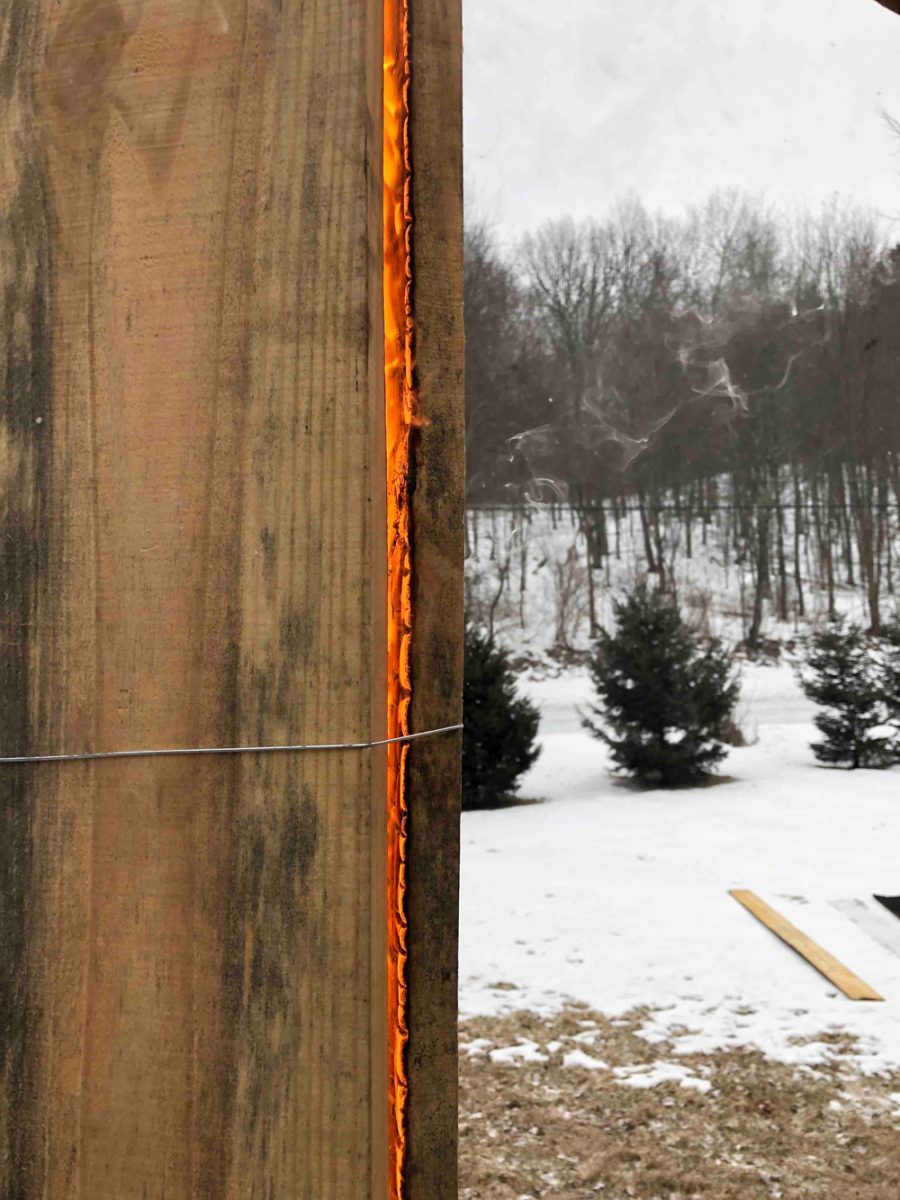 A peak inside the 12 foot-tall Loblolly pine boards as they char on a snowy, late-winter’s day. Photograph courtesy Moran Woodworked Furniture.

“[It was] a magnificent tree that we hated to see come down,” Moran explains of the gigantic pine, boasting a base four feet in diameter. A friend in Charleston, contracted to take it down, contacted the couple; a massive trunk, clear of limbs for 30 to 40 feet, urged Moran and Gibson toward one of their mantras: There is something really beautiful here; don’t screw it up. The abiding rule? To transition the tree into a piece of furniture while preserving its inherent beauty and presenting its lifetime of documentation in a clean, spare, reverent way. “Understanding where our materials come from, communicating that story, and feeling like we are responsible to do justice to that tree,” are all integral to the process, Gibson says.

“When we have the opportunity to get something, we take it,” says Moran before Gibson chimes in: “We’re magpies.” Their stash comes mostly from storm-downed trees and urban salvage, and Moran and Gibson are invested in every step. On site, they oversee cutting the tree into useful lengths; at the local sawmill, they make decisions as to how lengths are being cut into boards to cure—a process spanning six months to two years—before being kiln dried to eek out any remaining moisture. They’re in the process of building their own kiln, part of what Moran calls, “getting back to doing it all in house” which, after years of choosing who and what the couple wants to support, is the logical next step. 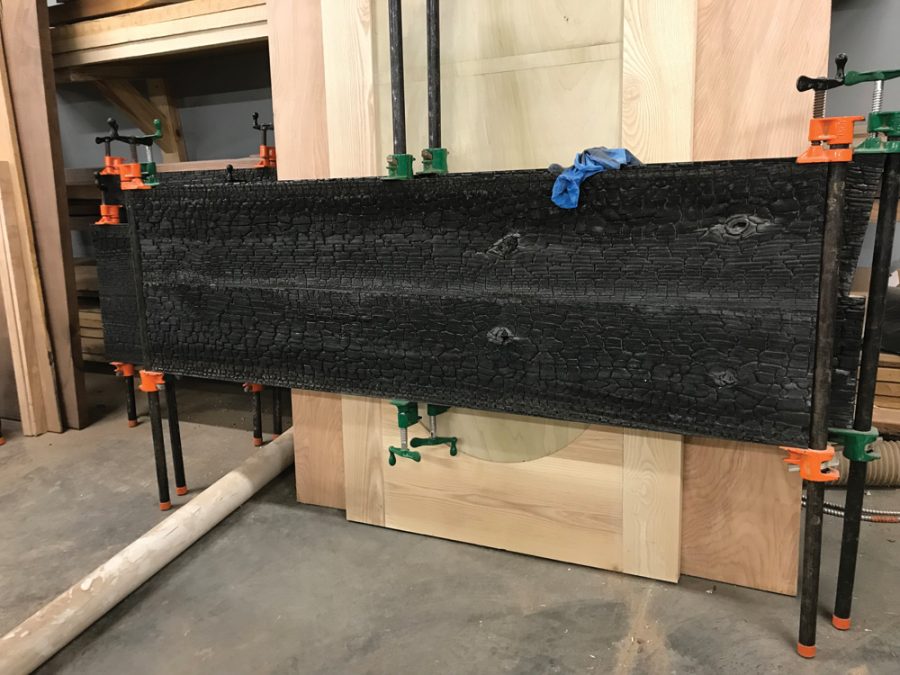 Bookmatched charred boards, subtle in the mirroring of grain, joined and drying inside the workshop before becoming the top of a custom cabinet. Photograph courtesy Moran Woodworked Furniture.

The meticulous nature of this work comes at a cost. Spanning initial design to finishing details, pieces range from several hundred dollars for a lamp up to $8,000 for an average dining table—with end tables, chairs, coffee tables, and cabinets falling roughly within that spectrum. “We work hard to make pieces that are as affordable as we can,” the couple emphasizes, while staying true to their task: excavating the soul of each piece to create furniture that evolves with the owner and their lifestyle. 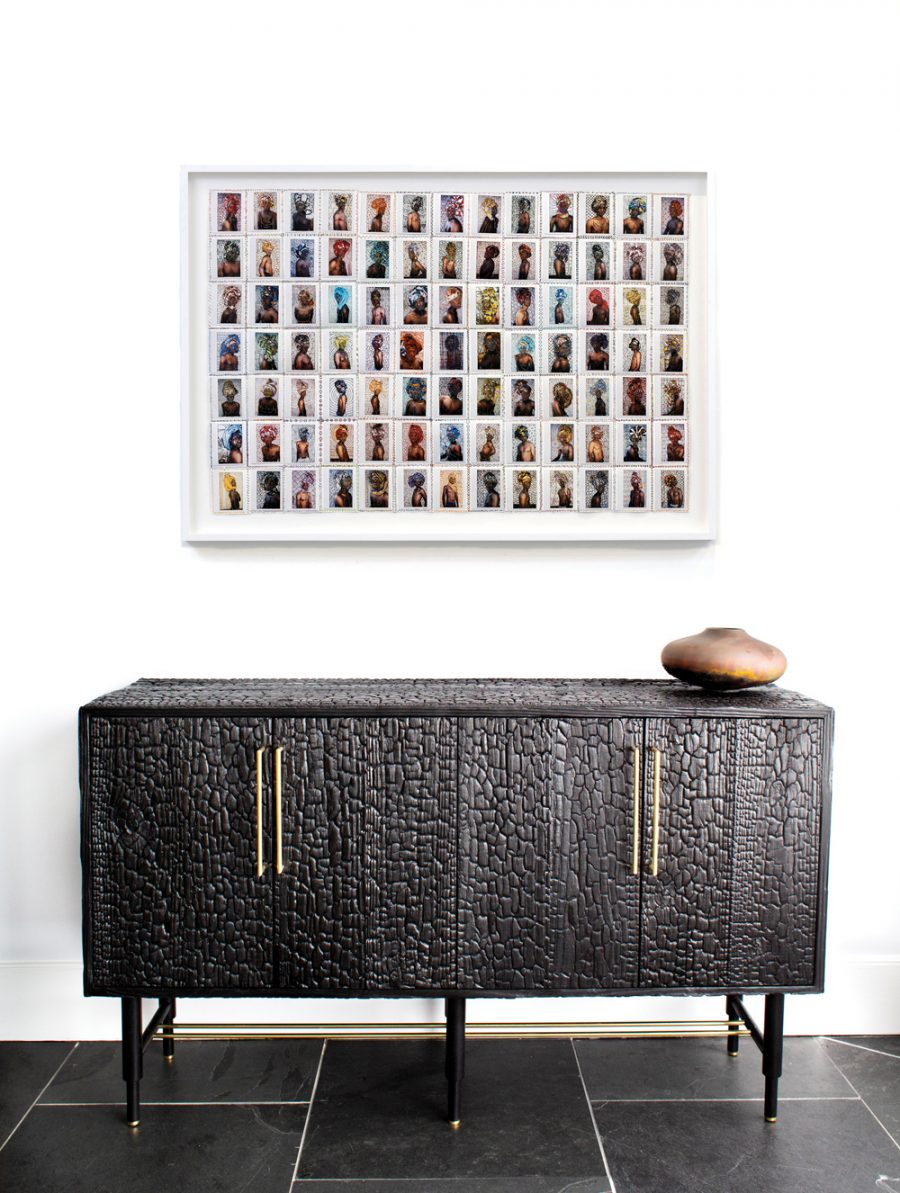 This foray into a fairly obscure, ancient, and culturally specific technique represents but a single slice of the work Moran and Gibson create. They have thousands of feet of wood, dried and ready to go, waiting for just the right project to come along. When it does, Moran and Gibson will immerse themselves in the work at hand—sharing their love of stories while connecting their clients with what Moran calls the entire scope “of process and care and people that they may not otherwise have been connected to.”